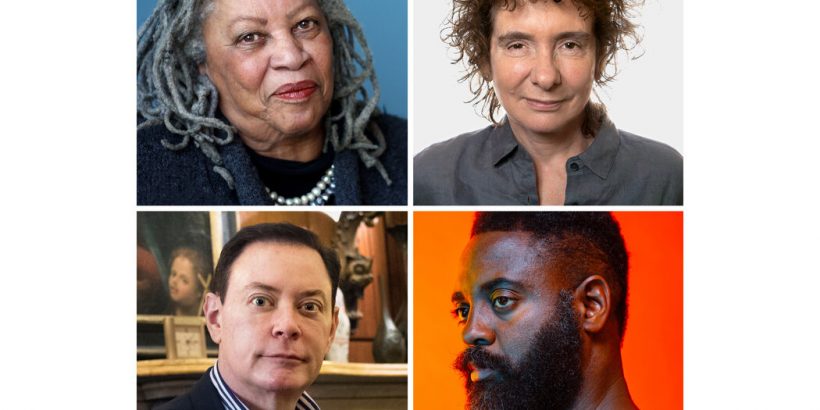 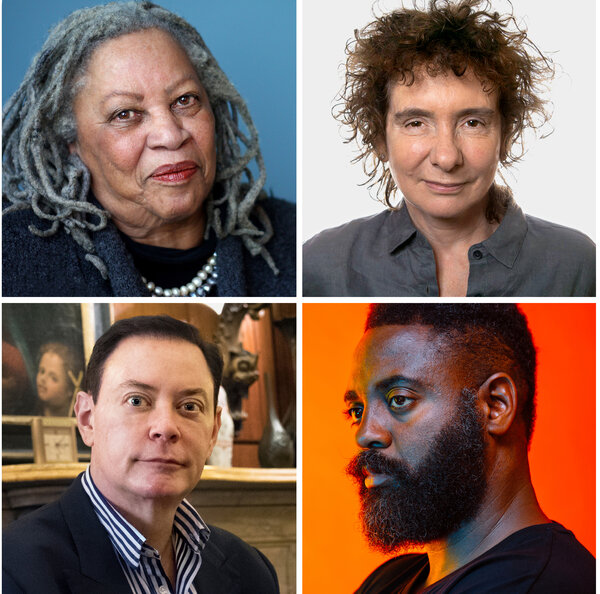 This month we’re celebrating the 15th anniversary of the Book Review’s podcast, the first podcast at The Times and still going strong. Pamela Paul, the show’s host and the editor of the Book Review, recently wrote about 15 of her favorite episodes from the eight years she has been at the helm. I thought I would expand the scope to the entire archive — Sam Tanenhaus, Paul’s predecessor, hosted for seven years — and share 10 more memorable conversations. (As an editor at The Times, I’ve had a hand in the podcast since 2011.) Below you’ll hear Toni Morrison discuss her vision for her novel “A Mercy”; Andre Agassi, Christopher Hitchens and Jeanette Winterson talk about their memoirs; Andrew Solomon on the profound lessons of death and dying; and more. 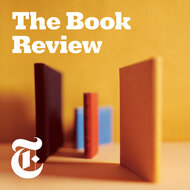 Toni Morrison on ‘A Mercy’

This was a different era of the podcast, when each episode aired on the radio and had to fit a 15-minute template. So this “extended” conversation with Toni Morrison is, alas, only about seven minutes long. But given that it’s Morrison, they’re a full seven minutes. (Her segment starts about five minutes into the episode, after an update on the publishing industry.) Morrison spoke about why she set “A Mercy” when she did, beginning in the 1680s, because it was a time “before there was even an idea of America, just the name of a continent,” when the separation of whites, Black people and Native Americans wasn’t as strictly codified as it would become. “Dividing the world up ethnically or racially was a deliberate and sustained event that grew,” she said. “But before that, I just wanted to suggest what it could have been like. Before the narrative that we have now about the beginnings of this country.”

With all due respect to all of our guests over the years, some episodes, more than others, have no clear “lead” guest but multiple headliners, and this is one of those cases. Agassi was on the show to discuss his highly acclaimed autobiography, “Open.” He talked about the dislike of tennis that he felt through much of his youth and storied career, and about the process of finding and working with his co-writer, J.R. Moehringer. Stephen King was on this episode to talk not about his own work, but that of the great short story writer Raymond Carver. The occasion was twofold: a new biography of Carver, by Carol Sklenicka, and a collection of Carver’s stories published by the Library of America.

Hitchens appeared on the podcast several times, but never more revealingly than in this episode to discuss his memoir “Hitch-22.” But in addition to getting personal — about his father, his friendship with Martin Amis, his first experiences after moving to the United States — he also makes time to discuss politics, including his impression of then President Barack Obama. “I think that his humor and intelligence and niceness and open-mindedness may be in some ways a disadvantage to him,” Hitchens said. “Quite a lot of the major problems of our time do not, in fact, arise out of misunderstandings, as he sometimes gives the impression of thinking, or hoping, that they do.”

Jeanette Winterson on Her Childhood

If you’re in a bad mood, I challenge you to listen to this interview with Jeanette Winterson and remain that way. Even though Winterson was appearing to talk about her troubled childhood — and the portrayal of it in her unbeatably titled memoir, “Why Be Happy When You Could Be Normal?” — her conversation is energetic and hyper-articulate, as if she’s writing one of her books while she talks. She begins this segment talking about her adoptive mother: “I call her a monster, but I say she was my monster. She was the big-screen character in the small screen of our lives. She had operatic dimensions.”

Andrew Solomon on Love and Death

In 2016, Andrew Solomon wrote about five books that concerned the subjects of death and dying. As he described them in his review: “one by a historian; two by hospice workers; one by a widow; one by a man who is dying himself.” Solomon’s visit to the podcast to discuss his piece and those books resulted in one of the more emotional and profound episodes in the show’s history. “Part of what’s compelling about these books is that the enormous beauty that’s in them constitutes a form of hope,” Solomon said. “So on the one hand, that people die, and on the other hand, that people live so richly in that instant before they die. And when you read these books, not only do you have to reconcile yourself to your own mortality, you also think, ‘Maybe I can do that as beautifully as they did, and if I can, maybe it won’t be so bad for me, for the people I leave behind; maybe the death of someone else won’t be so bad for me.’ There’s a strange comfort that’s buried in these books.”

Connecting the Dots Between Reconstruction and Jim Crow

The historian Henry Louis Gates Jr. had two new books out when he sat down for this episode — books covering similar ground but intended for different audiences. “Stony the Road” is about the backlash to Reconstruction and the establishment of Jim Crow. “Dark Sky Rising” is a work of nonfiction for young adults about the same era, which he co-wrote with Tonya Bolden. Wallace-Wells was on the show to discuss “The Uninhabitable Earth,” his terrifying book about our future in the face of climate change. Both guests proved that a depressing subject can sometimes be the best foundation for engaging conversation.

Poems About the Challenges of Life After Prison

Reginald Dwayne Betts came on the podcast to talk about his third collection of poems, “Felon,” and about his remarkable personal story: After spending more than eight years in prison for a carjacking he committed at 16, Betts earned a graduate degree in writing, then a doctorate in jurisprudence from Yale Law School, and has become an acclaimed memoirist and poet. Betts said that “Felon” was his attempt to write directly about the challenges, stigma and vulnerabilities that come with life after incarceration. “I wanted to think about the ways in which it’s just this whole landscape of harm that exists that we don’t address,” he says. “It’s me trying to explore the complicated ways in which we figure out how to be human once we come home.”

Regularly featuring critics as well as authors on the podcast is one of the things that we believe sets the show apart. When Daniel Mendelsohn reviewed David Mitchell’s novel “Utopia Avenue” on the cover of the Book Review, he used it as an occasion to also consider Mitchell’s varied and estimable career as a whole. This wide-ranging conversation on the podcast, about not just Mitchell’s work but about the general art of reading any author over the course of a long career, is a particular favorite from the critic category.