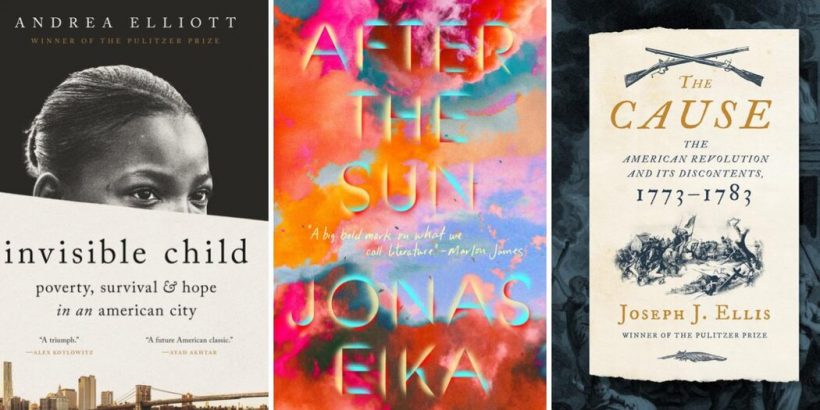 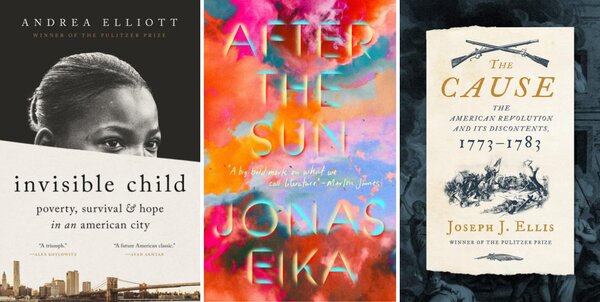 “The American experiment” is a slippery little phrase, summoning the country’s noblest ideals while leaving generous room to forgive our failures to achieve them. But the term endures precisely because it is so imprecise — it’s broad enough to apply to a wide range of the titles on this week’s list, for instance, whether they concern the gritty details of forming a centralized constitutional government (in new histories by the venerable Joseph J. Ellis and Gordon S. Wood) or the hopes of a high school basketball team during an epidemic of suicides on a Native American reservation (in “Brothers on Three,” by Abe Streep). Fiona Hill’s memoir of an up-from-the-bootstraps British immigrant who becomes an expert analyst on the National Security Council, only to testify in the impeachment trial of an American president? That’s part of the experiment. So is Andrea Elliott’s “Invisible Child,” her minutely observed profile of a New York schoolgirl struggling against the scourge of homelessness. And so in its way is the story of Peter Thiel, the tech billionaire and prolific supporter of right-wing causes, whose dislike of small-d democracy is weirdly evocative of arguments going back to the country’s founding.

Rounding out our recommended books this week, we offer a look at the future of cities after Covid and, in fiction, a novel by L. Alison Heller and story collections by Jonas Elka and Saïd Sayrafiezadeh. As it happens, Sayrafiezadeh’s book fits right in on the American experiment syllabus. Its title: “American Estrangement.”

THERE IS NOTHING FOR YOU HERE: Finding Opportunity in the 21st Century, by Fiona Hill. (Mariner/HarperCollins, $30.) The arresting title of Hill’s new book is what her father told her when she was growing up in a decaying coal-mining town in North East England. He loved her, and so he insisted that she had to leave. Hill took his advice to heart — studying at St. Andrews in Scotland, getting a Ph.D. at Harvard and eventually serving in the administrations of three American presidents. In November 2019, she delivered plain-spoken testimony at the hearings for the (first) impeachment of President Trump. “When recounting her life, Hill is a lucid writer, delivering her reminiscences in a vivid and wry style,” our critic Jennifer Szalai writes. “As much as I wanted more of Hill the memoirist and less of Hill the expert, I began to sense that giving voice to both was the only way she could feel comfortable writing a book about herself.”

INVISIBLE CHILD: Poverty, Survival and Hope in an American City, by Andrea Elliott. (Random House, $30.) Expanding on a 2013 series for The Times about a homeless New York schoolgirl and her family, Elliott delivers a searing account of the family’s struggles with poverty and addiction in a city and country that have repeatedly failed to address these issues with efficacy or compassion. “The result of this unflinching, tenacious reporting is a rare and powerful work whose stories will live inside you long after you’ve read them,” Matthew Desmond writes in his review. “We cannot understand that which we refuse to see, and Elliott forces us to look, to reckon.”

THE CAUSE: The American Revolution and Its Discontents, 1773-1783, by Joseph J. Ellis. (Liveright, $30.) In his latest book, Ellis demonstrates that the United States didn’t come together as a country automatically, but required hard work by the founders against the forces of localism and decentralization. “As Ellis writes in ‘The Cause,’ there was always far more emphasis on pluribus than unum, on the many rather than the one,” Richard Stengel writes in a joint review of Ellis’s book and Gordon S. Wood’s “Power and Liberty.” “It was only the creation of the Constitution in 1787 that made these disparate citizens into Americans.”