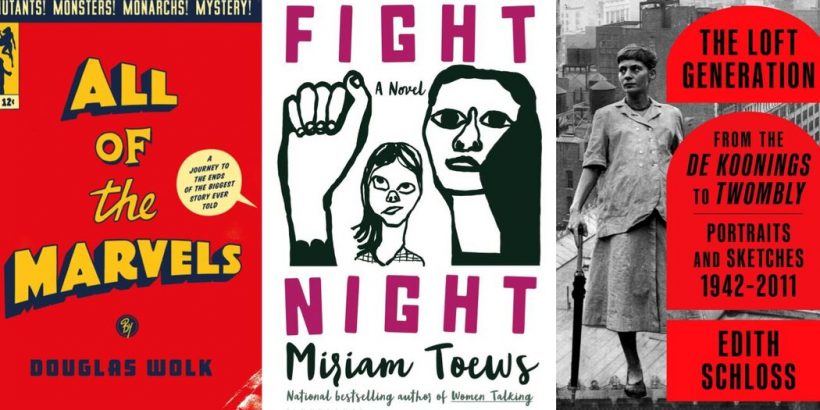 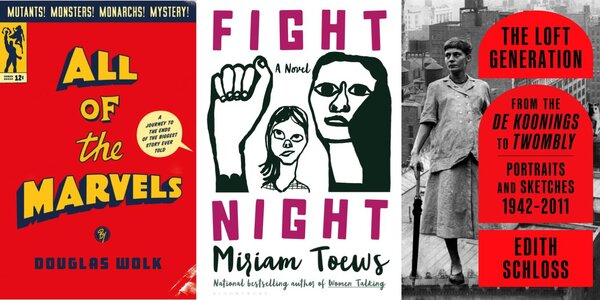 From a bear attack in Siberia (Nastassja Martin’s “In the Eye of the Wild”) to a coup in Guatemala (Mario Vargas Llosa’s “Harsh Times”) to a genocide in the Democratic Republic of Congo (Mondiant Dogon’s “Those We Throw Away Are Diamonds”), this week’s recommended books show writers confronting a world of chaotic violence and uncertainty with varying degrees of grit and poise. There’s art here, too, whether it’s the highbrow milieu of Edith Schloss’s “The Loft Generation” or the pop-culture vitality of comic books in Douglas Wolk’s “All of the Marvels” and Jeremy Dauber’s “American Comics.” And, in “Tinderbox,” James Andrew Miller offers an oral history of HBO that provides plenty of chaotic violence and uncertainty of its own. (This is the channel that brought us “The Sopranos” and “Game of Thrones,” after all.)

Elsewhere: Howard W. French makes a convincing case that Africa played a crucial and underestimated role in the rise of the Western powers, the crime writer Stephen Spotswood continues a quirky private eye series, the Times columnist Ross Douthat looks back on his experience with a debilitating illness and the Canadian writer Miriam Toews has a bittersweet new novel about a young girl forced to grow up too fast.

TINDERBOX: HBO’s Ruthless Pursuit of New Frontiers, by James Andrew Miller. (Henry Holt & Company, $50.) This mountainous new oral history of HBO follows the channel from its start in 1972 through its transformative “Sopranos” years and up to the present day. It includes a landslide of corporate history in addition to details about shows like “Sex and the City,” “Six Feet Under,” “Girls” and “Game of Thrones.” “There’s enough animosity, jealousy, score-settling and killing gossip” in the book, “to fill an Elizabethan drama,” our critic Dwight Garner writes.

IN THE EYE OF THE WILD, by Nastassja Martin. Translated from the French by Sophie R. Lewis. (New York Review Books, $14.95.) In 2015, the anthropologist Nastassja Martin barely survived a bear attack in the mountains of eastern Siberia. This haunting, genre-defying memoir is about the physical and philosophical fallout of the year that followed. Our critic Jennifer Szalai writes: “What Martin describes in this book isn’t so much a search for meaning as an acceptance of its undoing.”

THE LOFT GENERATION: From the de Koonings to Twombly: Portraits and Sketches 1942-2011, by Edith Schloss. Edited by Mary Venturini. (Farrar, Straus & Giroux, $32.) The German American writer and artist Edith Schloss’s memoir, discovered in rough-draft form after her death in 2011, has been polished into a glowing jewel of a book. It recounts an era of great creative vitality and the time that Schloss spent with Willem and Elaine de Kooning, Merce Cunningham, Leo Castelli and others. “If nostalgia is a sixth and often fogging sense,” our critic Alexandra Jacobs writes, “it is absent in a book that feels manifestly present, clear and alive even while describing the past.”