HERE WE ARE
By Graham Swift

It is August 1959 and we are at the end of the pier in Brighton, England, watching the kind of seaside variety show that is already slipping into history. The stars of the show are Jack, the M.C., and a handsome young magician called Pablo who, together with his shimmering assistant, Eve, has taken the summer season by storm. Further down the bill is the usual job lot of jugglers and plate spinners (and a talking teddy bear). While Jack goes through his jaunty schtick — “you’re in Brighton, folks, so bloody well brighten up!” — he simultaneously fights the panicky realization that this whole performance is taking place “on a flimsy structure built over swirling water.”

This is classic Graham Swift territory, a place where the present always feels caught between a richer past and a featureless future. Swift’s central characters are constantly assailed by the suspicion that they have been set down in the wrong time, obliged to live out a life that might have been theirs if they were two decades older. Jack, in particular, has spotted that the world of working-class conviviality at which he excels as a 28-year-old will be swept away by television, not to mention the Beatles. “The future’s elsewhere, don’t you think?” he urgently asks Eve, who at this point is simply relieved that she and Pablo are such a hit with this week’s audience. 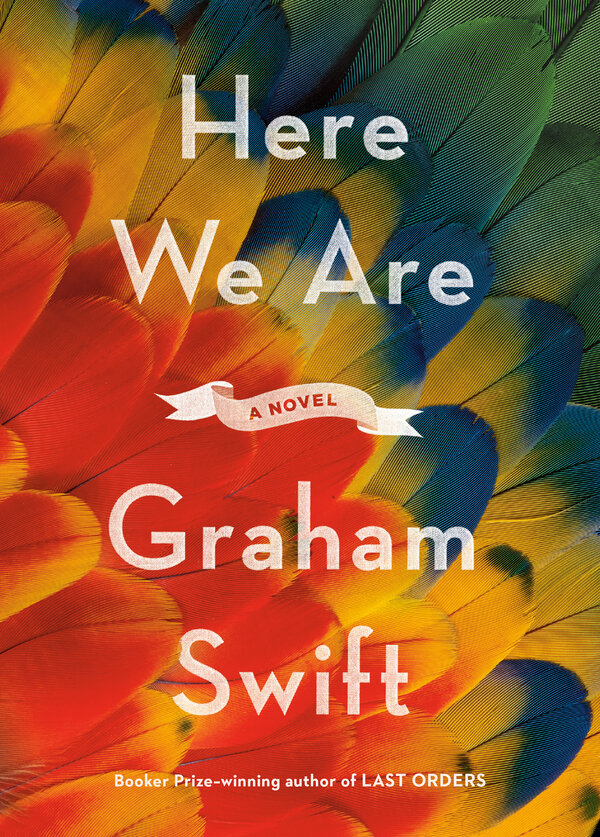 Just how right Jack’s prediction turns out to be is one of the main threads of this very short novel. In flashbacks narrated by an elderly Eve in 2009, we learn how Jack managed to ride those changes in taste and technology to become a much-loved television star and producer — not bad for “an old song-and-dance man.” Eve knows this story well because she has been married to Jack for nearly 50 years; she’s his “managing director” and the minder of “the all-important little key in the small of his back” that she winds up to get him going.

But it is neither charismatic Jack nor steely Eve whose back story sits at the heart of this novel. That space belongs to the third member of the Brighton trio, the suave magician Pablo, who is actually Ronnie Deane from the East End of London. Swift is in his element describing Ronnie’s social transformation, which begins when he is evacuated as a child during the war to genteel Oxford, where he lodges with a childless couple, the Lawrences. From Eric Lawrence, who dabbles in stage magic, Ronnie picks up the spectacular sleights of hand that will enable him to make white rabbits appear from nowhere and build an act that involves running Eve through with a sword twice nightly.

“Here we are!” is the anxiously bright phrase adopted by Ronnie’s foster mother, a relieved response to the fact that everyone she is fond of, including her cockney foster son, is gathered safely under her roof. It also acts as an unwitting reproach to young Ronnie, who feels guiltily relieved that his real mother, a house cleaner, is not here to disturb his newly sophisticated life, but remains instead at a safe distance in bomb-spattered London.

Just at the point when some of this might begin to feel too familiar — there are structural and tonal elements that sharply recall
“Mothering Sunday,” Swift’s most recent and much-praised novel — we are propelled into something extraordinary. Back now in Brighton in 1959, Eve tells Ronnie that she can’t marry him, but wants to be with Jack instead. In response Ronnie pulls off one last, and quite staggering, illusion. Swift’s closing account of a mundane world momentarily pierced by a shaft of numinous mystery is magnificent. It is what he did so brilliantly in “Waterland” (1983), his breakthrough magic realist novel, and what he has rigorously steered clear from since. How delightful it is, then, to see a glimpse of that other Graham Swift — flamboyant, luxurious, outrageous even — back before our very eyes.