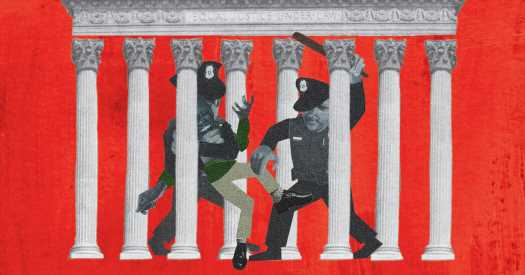 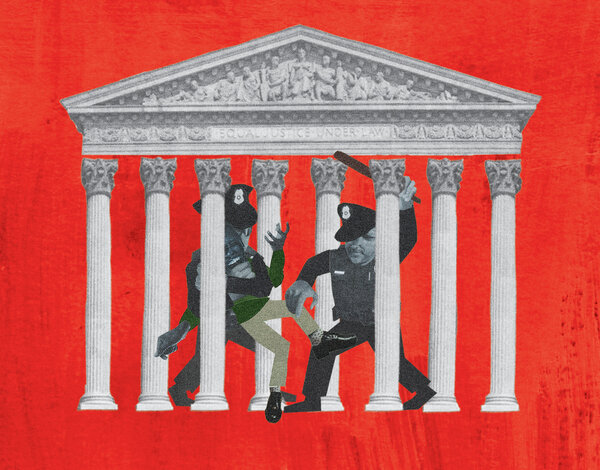 By Melvin I. Urofsky

In the mid-1980s, several scholars — including myself — published analyses of the Supreme Court under Chief Justice Warren Burger, comparing it with the preceding Earl Warren era, and nearly all of us concluded that there had not been much of a jurisprudential change. The consensus was summed up in the subtitle of one book, “The Counter-Revolution That Wasn’t.” After reading “Presumed Guilty,” Erwin Chemerinsky’s stunning indictment of the Burger court, and of the Rehnquist and Roberts courts that followed, all of us would have to make major revisions if there were ever to be new editions.

As anyone teaching constitutional law or history can tell you, very few cases came before the Supreme Court prior to 1953 involving the Fourth, Fifth and Sixth Amendments to the Constitution, the ones that provide protections for people accused of crimes. In 1833, the Supreme Court had held that the Bill of Rights did not apply to the states, but starting in the 1920s, the court interpreted the due process clause of the 14th Amendment to “incorporate” the protections of the Bill of Rights and apply them to the states as well as the federal government. The criminal clauses were among the last to be adopted, and nearly all the major cases came during the years that Earl Warren presided over the court (1953-69).

The Warren court is clearly the hero of Chemerinsky’s tale, in that for the first and only time in our judicial history a majority of the justices cared about the rights of the accused. The court, among other things, adopted the exclusionary rule banning evidence seized without a proper warrant, required states to provide lawyers for defendants who could not afford one and — perhaps most famously — required police to give the “Miranda” warning to those whom they detained.

These decisions caused an uproar among conservatives, and Richard Nixon promised that if elected he would appoint justices who favored law and order and the police rather than the criminals. Nixon got to name four men to the court — Burger, William Rehnquist, Harry Blackmun and Lewis Powell — who, together with Byron White, a Kennedy appointee who was conservative on everything except racial discrimination, formed the majority that, while it never overturned any of the Warren court’s major decisions, began hollowing them out. With the appointments of Reagan, the Bushes and Trump, that process has continued unabated.

Following the death of George Floyd in May 2020, a great public outcry arose against police brutality, especially involving people of color, and demands that police cease using chokeholds, stopping Black men for no seeming reason and shooting dozens of people of color each year. While well known within the Black community, the extent of this type of behavior shocked many white people, leading them to join protests around the country.

What most people do not know is the extent to which this behavior has been condoned by the judicial system, and here Chemerinsky presents a damning indictment of the Supreme Court. In case after case, the nation’s highest tribunal has found that police actions, even when clearly in violation of constitutional prohibitions, are acceptable. The decisions have not only prevented citizens from getting injunctions against future use of such practices as chokeholds, they have also made it almost impossible for those who have been the victims of police brutality to win civil suits seeking compensation. As Chemerinsky declares, the court’s record “from 1986 through the present and likely for years to come, can easily be summarized: ‘The police almost always win.’”

Although Chemerinsky builds his argument case by case, this is not a dusty accounting where first the court did this, then it did that. Aside from the fact that he writes well, Chemerinsky, the dean of the law school at the University of California, Berkeley, is also an experienced advocate, having appeared before the court on many occasions, and also having served as a consultant to those police forces who either by choice or necessity have tried to overhaul their practices. He bolsters his argument with examples from his own experiences, and his telling of the cases always starts with the people involved. Some have been stopped, beaten up and hauled into jail for no other reason than that they were Black and in the wrong place at the wrong time.

Chemerinsky is doubtful that with the current makeup of the court any meaningful reform of police practices will result from judicial action. But while the justices, who willfully ignore the racial implications of their cases, rule that police forces can get away with almost anything, their decisions are not binding should Congress or state legislatures, or even municipal governments, enact rules governing police misbehavior. A chokehold or a warrantless search may not, in the eyes of conservative justices, violate the Constitution, but they have never ruled that the Constitution requires such practices. Chemerinsky details a number of ways state and local governments can and should reform police procedures without having to go to court.

Whether the furor unleashed by Black Lives Matter will lead to state and city governments reforming their police departments is yet to be seen, but all lawmakers, in fact all concerned citizens, need to read this book. It is an eloquent and damning indictment not only of horrific police practices, but also of the justices who condoned them and continue to do so.