When Tsitsi Dangarembga’s debut novel “Nervous Conditions” was published in 1988, it was hailed as one of the 20th century’s most significant works of African literature.

It tells the story of Tambudzai, a girl raised in poverty in what was then called Rhodesia, now Zimbabwe, as well as her fight to obtain an education and the challenges of entrenched gender inequality, Africa in the 1960s and ’70s, and the postcolonial world. Her publisher soon wanted a sequel.

But instead of plunging back in to writing, Dangarembga went to film school. “I didn’t think about prose for several years,” she said in an interview. “I had no head-space for writing.”

It wasn't until 2006 that a sequel, “The Book of Not,” came out, featuring Tambudzai, or Tambu, attending boarding school but increasingly disillusioned with her life, though it wasn’t released in the United States. The third book, however, “This Mournable Body,” was published with more fanfare, and this year it was nominated for the Booker Prize.

In “This Mournable Body,” Tambu is the educated woman that she worked so hard to become, though it doesn’t appear to have brought her much comfort — materially, socially or emotionally. Lonely, often unemployed and struggling to hold onto her sense of self, she reflects in some ways the frustration of Zimbabweans like Dangarembga about the state of their country, which is in economic free fall and reeling from human-rights violations and the coronavirus pandemic.

Dangarembga has not shied away from speaking out, and she made global headlines over the summer when she was arrested during a protest in Harare just days after the Booker Prize longlist was announced. “This Mournable Body” has since become a finalist, and the winner will be announced on Nov. 19.

She discussed the years between her novels and what she sees as the problems and possibilities of Zimbabwe, where she returned after stints in England and Germany. These are edited excerpts from the conversation.

What have you been doing in the interim between “Nervous Conditions” and your latest book? What was going on between?

I wrote “Nervous Conditions” while I was a student at the University of Zimbabwe. I couldn’t get published in Zimbabwe, which at the time was publishing men, and I had no access to publishing houses. I had heard that the Women’s Press in England published Alice Walker, so I mailed my only copy of my manuscript to them. They didn’t respond, and years later when I went to England for work, I visited their offices in London. They had my manuscript in the basement and hadn’t read it. Because I was there, they agreed to read it, and the very next day said they wanted to publish it. So it was four years from writing to publishing.

Before publication, I didn’t think I had a career in writing, so I started working for a small company that made documentaries. From there, I decided to go to film school in Germany. Since I had to learn the language, I didn’t think about prose for several years. After the success of “Nervous Condition,” my publisher asked me to write a sequel, but I was in Germany, so I didn’t think I could write about Zimbabwe.

It was the second half of the ’90s, I had a young family and was living at the student level. I had no head-space for writing. There was also no one to discuss Zimbabwe with. Few people in Germany knew about it. For them, it was just a country in Africa.

I started going back to Zimbabwe for film projects so had more contact with the country. Then I returned in 2000, and I started writing again. The children went to school and with help, I had the space to write. “The Book of Not” was published in 2006.

Since there were no more royalties from my first publisher, what saved me was a fellowship from the Rockefeller Foundation Bellagio Center in 2016. My husband took care of the children in Zimbabwe, and I spent four weeks in a place where I was intellectually stimulated, talking about writing with writers.

When I finished “This Mournable Body,” I put part of it on social media. The editor Ellah Wakatama Allfrey helped me get an agent. I am really grateful to her, because there were no opportunities for people like me.

When you finished “Nervous Conditions,” did you think it was the beginning of a trilogy? Did you intend to go back?

I wanted to present hope in “Nervous Conditions,” but I always saw it as an end of a section, not the end of her story. Tambu went to a multiracial school that wasn’t very multiracial. I wanted to explore that. However, I was writing in the 1980s, just after Independence, and I couldn’t write what I wanted because it was not an appropriate moment. Zimbabwe was independent, but it hadn’t dealt with the issues that led to independence. Then the land issue erupted in the ’90s, and I returned from Germany. I felt that was the time to write about it. 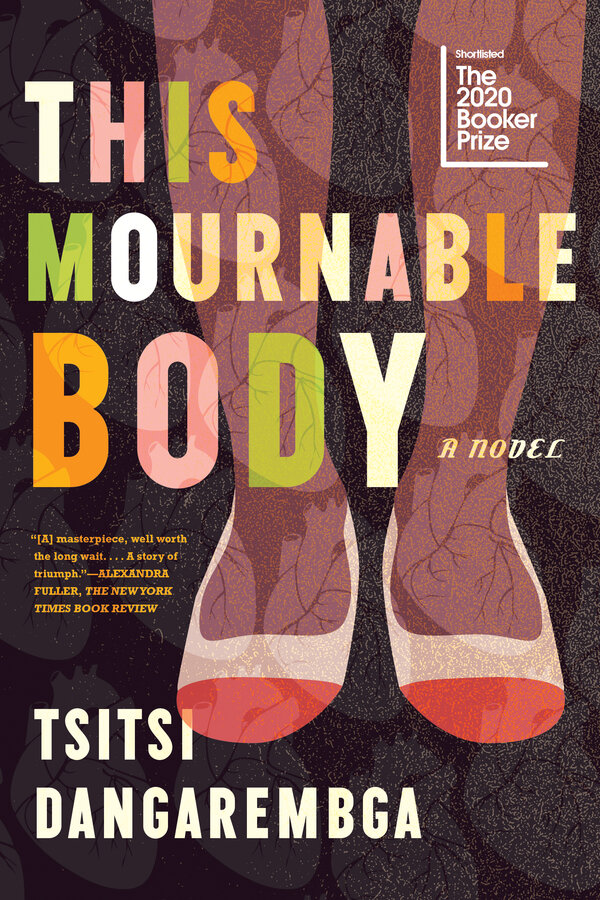 Some readers have said there are biographical similarities between you and Tambu. How much of that was intentional?

I could see how people can view it that way. When I started writing, I was a newly minted feminist. I saw how intersection of race, gender and class affected people. I wanted people to relate to Tambudzai, who had faced many similar things.

Tambu from “Nervous Conditions” is very different in from the Tambu in “This Mournable Body.” She experiences disillusionment, despite her education, and she still can’t make a living. Does she reflect the current state of the educated in Zimbabwe?

She was an educated woman approaching middle age in the 1990s, with a degree, and couldn’t sustain herself. She would have been considered a failure in that society at that time. Now it’s more common to have a degree and not be able to find a job. I could see the current situation in Zimbabwe percolating back then.

What do you want readers, especially non-Zimbabweans, to get from your books?

As a writer, I don’t like to prescribe a meaning for readers. I want them to follow the trajectory of Tambudzai. In “This Mournable Body,” she becomes a hard and embittered woman.

She tries to get into groups that exclude her. There is also the loss of pride and dignity of her family. She eventually comes to the realization that it is not about her and that she has to include others in her life.

You have been outspoken about politics in Zimbabwe, but it’s not as apparent in your books. Was that a choice and did you consider doing it differently?

It reflects my position. I believe politics is there to serve people, people in Zimbabwe exist to serve politics. I like to portray that point of view, about the individual person and how they engage with other humans and their environment. Their success or failure is the success and failure of the nation. I write about humans as a subject matter, and you see the politics through the lens of the person. If the state of the nation is functioning well, the people will flourish, but if the system is not well, the people will not flourish.

What does a better Zimbabwe look like for you?

When I worked for former Deputy Prime Minister Arthur Mutambara, he asked me what my vision was for a family in Zimbabwe. I didn’t answer at the time, but then later I thought, What is the basic family unit in society? How do we want them to relate to each other? I would want them to have clean water, shelter, education, health care, meaningful entertainment, recreation, spiritual growth to the extent that it doesn’t impose on others. They can live a life in the way that they choose.

In “This Mournable Body,” you used the second-person narrator. Can you explain this choice?

I started off writing several drafts in the first person and had trouble navigating her struggles. It was too distressing communicating that way. I felt I had to leave things out, so I wasn’t doing justice to what I wanted to say. I had to find a way of solving that challenge. A third-person narrator would be too remote given the first-person narratives of the other books, so I tried a second-person narrative and it worked.

What are your future plans?

I want to be able to set up woman film training, capacity-building initiatives, to be able to make films. I have some in pre-production and some are production-ready. I would live in an environment with reliable electricity. I finally have solar, now electricity doesn’t go off when I am in mid-sentence. To have running water, to live somewhere where there is a vibrant arts and literary community where I can have meaningful discussions.

If you notice, the Zimbabweans who are writing successfully are living outside of Zimbabwe. It’s great that they write about their experience there, but we need writers on the local level writing about local issues. Ideally, we can have a government that supports art as a window of society and providing a place of discussion.