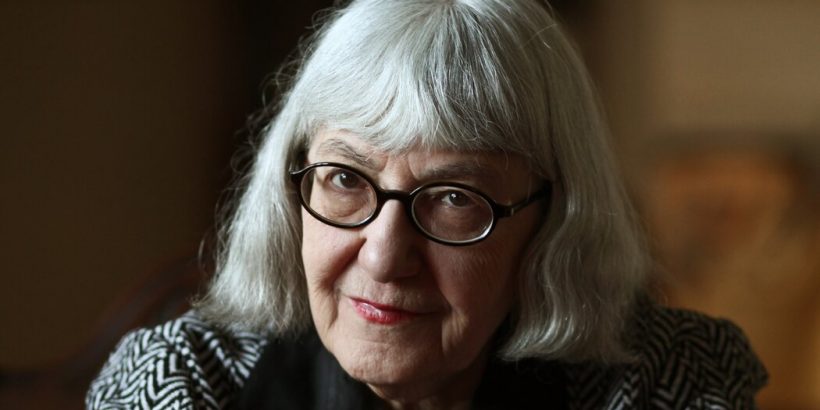 Given the vicissitudes of the present, it can be a relief to sink into a fictional past, even through the eyes of a beleaguered protagonist who doesn’t enjoy much of a future. Cynthia Ozick’s odd novella “Antiquities” is told by an aging narrator in 1949, as he looks back on his late-19th-century boyhood. But then, perhaps an elderly character nevertheless well her junior seems a spring chicken to this distinguished author. Astonishingly for a writer still in the game, this month Ozick turns 93. Retirement is for pikers.

Lloyd Wilkinson Petrie has come full circle. The onetime student at a Westchester boarding school called Temple Academy for Boys has returned to the campus as a retiree, now that the Anglican-influenced school has been converted into a home for its geriatric trustees. Petrie and his colleagues have been asked to contribute to the institution’s historical record by writing accounts of their experiences as Temple students — short accounts, thank you, no more than 10 pages. But we can infer early in this tale that our narrator thinks rather well of himself; the page count of his reflections runs to 179.

Petrie recounts two sources of lifetime infatuation, the first of which regards an episode before he was born. While still a newlywed, his father disappeared with no explanation and no warning, leaving his young wife to castigate herself over whatever she might have done to alienate his affections. He’d run off to Egypt. For months, the absconded husband helped excavate antiquities with his cousin, the archaeologist William Matthew Flinders Petrie, a renowned British Egyptologist whom Ozick has borrowed from history.

Thereafter, Petrie’s father returned to his wife, resuming family life and his sedate position as a lawyer. Explanation was not forthcoming, and Petrie himself can only suppose that his father “harbored somewhere in his ribs an untamed creature.” The aberrant adventurism was not repeated, and his parents never spoke of it. The gold scarab ring his father brought back from the escapade his mother declined to wear. When his father suffered an early death, Petrie’s mother gave her 10-year-old son the other unloved curiosities from the traitorous trip, and these antiquities, whether real or fake, became the narrator’s private boyhood fascination.

His second boyhood fascination was another student at the school, after a liberally minded headmaster admitted a handful of Jews. The boy was “preposterously called” Ben-Zion Elefantin, “his Christian name (so to speak) a puzzling provocation, his surname a repeated pretext for ridicule by merciless boys.” Frail and perilously thin, Elefantin was remote and wiser than his years. He’d been repeatedly moved from school to school while his Egyptian-born parents globetrotted as traders in antiquities. When Petrie offered to shared his precious trove of artifacts, Elefantin expressed only contempt for the trinkets. Although in the main the two boys played wordless chess, this tentative and ultimately dead-end friendship came at a cost to the narrator. Jews were shunned, so friends of Jews were shunned as well. 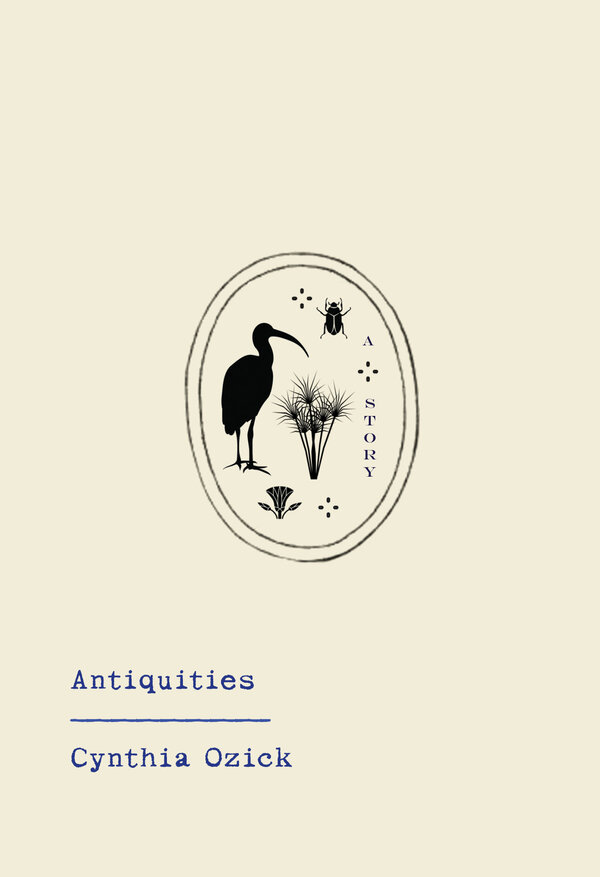 Intermittently, we return to Petrie’s dismal present. His fellow trustees clearly dislike him. One colleague so loathes the grating sound of his beloved Remington typewriter “racketing away into the night” that when Petrie is out the old man pours ink on its keys. As the trustees start to die off, the school is sold to a developer, the son of a successful former classmate who, as another Jew, has got, in Petrie’s view, ideas above his station. When the former classmate offers the narrator an apartment in another of his son’s buildings on Manhattan’s Upper East Side, at first Petrie spurns the invitation as an insolence.

Petrie would reject such a characterization, but he is seething with resentments. His mundane professional life as a lawyer saw no exotic departures like his father’s. His one great romance was with his late secretary. His wife, also dead, “was indeed very pretty, but the reason for our marriage, of which our son was the premature consequence, remains entirely private. Nor can I deny that her parents insisted on it” — quite an artful capitulation of “we had a shotgun wedding.” He’s not close to his son, now moved to Los Angeles, and finds his progeny’s frustrated ambitions to make movies baffling. In sum, our hero has little to show for his life.

Thus the narrative is shot through with the distinctive self-importance of the insecure. Indeed, the strongest literary aspect of this novella is its voice. Petrie’s style is self-conscious, throat-clearing and evasive. Moments of preening — “I am told that I have myself a certain prowess in the writing of prose” — alternate with fraudulent humility: “Once again I have been reviewing these reflections, only to increase my despondency. All is maundering, all is higgledy-piggledy, nowhere do I find consecutive logic.” Ozick sometimes allows him genuine elegance: “The evening cool has begun, and I am off to walk in its respite.” Archaic locutions give the prose an aptly dusty air: “In fine: I have been upbraided,” or, “He prided in his library.” Ozick’s sizable vocabulary does double duty by portraying her narrator as pretentious: “pharaonic remnants,” “mullioned windows,” a jaw’s “prognathic ridge.”

Despite Petrie’s courageous friendship with Elefantin, the narrator is a passive anti-Semite. For a memoirist in 1949, he makes startlingly little mention of the war, save for casting passing doubt on the credibility of reports about all those camps. Ozick’s previous books have largely examined the Jewish experience. Thus I admit with some embarrassment that I’m still hazy on what exactly this novella wishes to convey about Judaism and anti-Semitism. The great secret the 12-year-old Elefantin at last confides to Petrie is that he is descended from a tribe of ancient Israelites on Elephantine Island amid the Nile, and that his parents are still seeking “the significant thing” that will somehow explain everything. But I found this revelation inert. I didn’t care.

I tagged this book as “odd.” It is odd. Readers don’t always find it obvious why an author chose to tell this particular story rather than another. However quirky a premise may first appear, the opacity of the author’s motivation is of no importance so long as we get swept up in the tale and finally find it satisfying. Yet I have to say I found this story unsatisfying, and in the end a little hollow. Commonly, once a work of fiction proves intoxicating, we stop wondering why on earth the author chose to write it. I haven’t stopped wondering. I don’t understand why Ozick decided to write this of all books — about an elderly man in a former boarding school reminiscing about a 12-year-old boy whose primary exoticism was being Jewish. This slender volume did my life no harm, but I can’t honestly imagine pushing it urgently into a friend’s hands.

At 93, Ozick can still craft a beautiful sentence, which is more than many a younger writer can boast; if I’m spooling out prose this graceful in 2050, I’ll kiss the floor. So I hope I haven’t sounded unkind. But Cynthia Ozick is a pro. Whatever her age, she can take it.