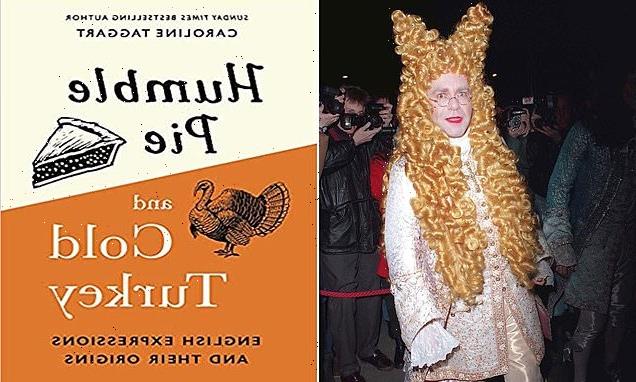 The bigger the wig, the greater the man! Author delves into the origins of familiar English phrases – including ‘bigwig’ and ‘the boot is on the other foot’

How many books have I read on the English language? It feels like hundreds, but there’s always room for one more on the shelf.

Caroline Taggart worked as a copy editor in publishing for many years, smoothing the wild phraseology of authors, unsplitting infinitives and undangling participles. Now she turns author herself with this splendid little book about the origins of familiar English phrases. 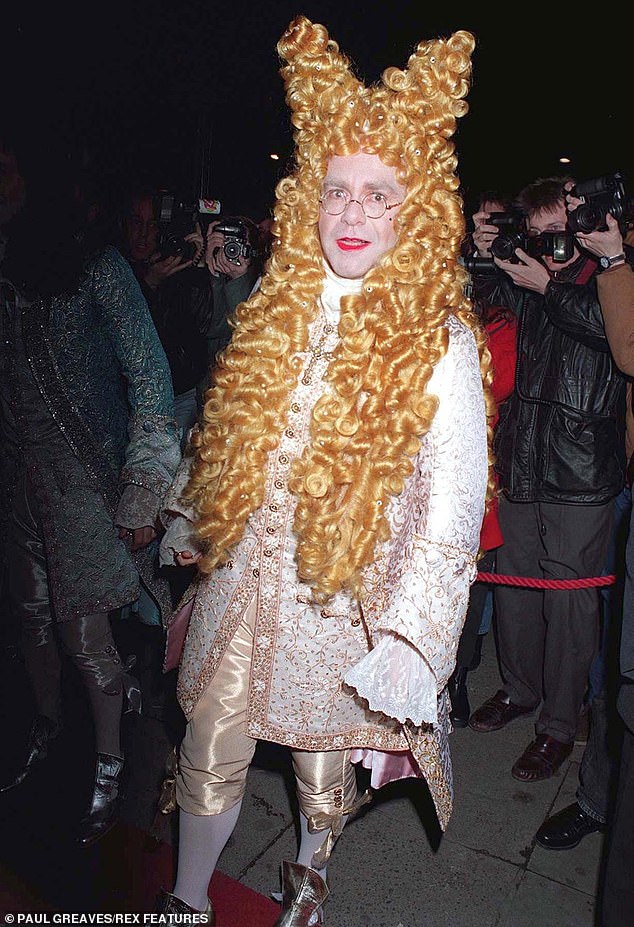 Caroline Taggart has penned a book about the origins of familiar English phrases – including ‘bigwig’. Pictured: Elton John

Did you know, for instance, that the place underneath the eaves of a building, on to which rainwater was likely to drip, became known as the eavesdrip and, later, the eavesdrop? It was also a good place to stand if you wanted to overhear what was being said inside.

The origins of some words make perfect sense. A ‘bigwig’ was a powerful or important person who, in the 17th and 18th centuries, would have worn a large powdered wig. ‘The boot is on the other foot’ dates from the 18th century, when shoemakers still made the same boots for both feet. If one was uncomfortable, you could try it on the other foot to see if it fitted better. 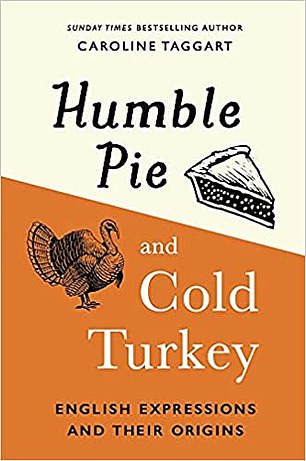 Some etymologies remain a mystery. To know your onions may or may not derive from an English lexicographer called Charles Onions, or a philanthropist called S. G. Onions. No one knows. Others are ancient — ‘the salt of the earth’ was first used in the Bible, while ‘rubbing salt in the wound’, for example, only goes back to the 1940s. Taggart says she doesn’t know where ‘piggyback’ comes from, but the one thing she is certain of is that it has nothing to do with pigs. Earlier forms of the same expression were ‘pick pack’ and ‘pick back’.

Words have a tendency to mutate beyond their original forms in spelling, pronunciation and/or meaning. If they didn’t, books like this would not exist and my shelf would be completely empty.

It was an anonymous 16th-century pamphleteer who came up with the expression ‘he wouldn’t say boo to a goose’, obviously under the erroneous impression that geese are shy, retiring birds and not lunatics with wings.

There is so much simple goodness here: stories, facts and, occasionally, an admission of ignorance, which feels like a cold shower after a sauna. It deserves to fill many a stocking this Christmas.