‘Why grief doesn’t last for ever, but love does’: Author opens up on learning to live again after the death of newborn son 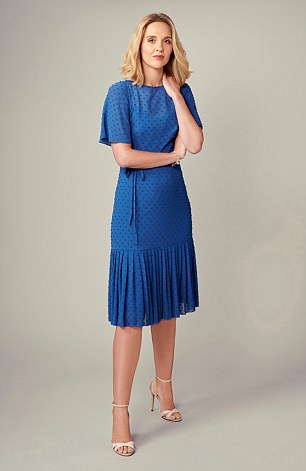 Elle Wright’s (pictured) newborn son died a few days after he was born. He couldn’t survive outside of her womb

The night after Elle Wright gave birth to her first child, she was woken by a midwife who said that her baby was ‘a little cold and could probably do with a cuddle’.

She picked Teddy up and tried — unsuccessfully — to get him to feed, but the cuddle seemed to warm him up and the midwife told Elle to tuck him back into his cot. A few hours later Elle, pictured, saw the panic light flashing and shadows of medics — Teddy had stopped breathing and it took 18 minutes for the hospital staff to resuscitate him.

Within three days it became clear that Teddy’s body was unable to function outside Elle’s womb and his heartbroken parents agreed to switch off the life support.

After a nurse removed the wires and tapes from Teddy’s soft body, Elle and her husband Nico read a first and last bedtime story as he took his final breaths in their arms.

Tests revealed that Teddy had died of a very rare metabolic condition called 3-methyl- glutaric aciduria — the first case in the UK. His death was simply ‘bad luck’.

But Elle says she has always been a ‘positive’ person. And in the two years since the loss of Teddy she has been compelled to write about her experience, in the hope that she can help other women who have lost babies, or those seeking to support them.

She’s painfully honest about her grief. 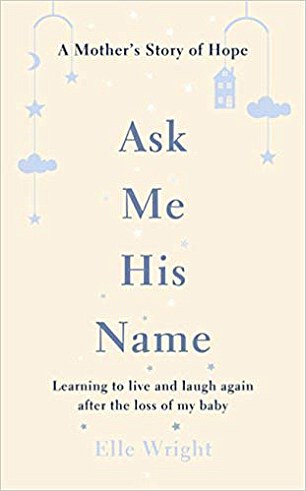 Two years later, she has written a book opening up about her experiences with her son

While many NHS staff treated the family with extraordinary compassion, not everybody got it right. Elle is angry with the heartless euphemism in letters referring to the ‘outcome of your pregnancy’ and the midwife who materialised days after Teddy’s death.

The woman hadn’t taken the time to flip through the notes and learn his name, and seemed judgmental of Elle’s need to use humour as a coping mechanism. It was ‘like talking to a bereavement textbook’ and they couldn’t get her out of the door fast enough.

Bereaved people get tired of seeing the sympathetic ‘head tilt’, so avoid it if possible. But anything is better than seeing a good friend cross the road to avoid the conversation.

Elle sought out the company of other bereaved mothers and identified with a group of ‘Warrior Women’ online who wrote their baby’s names in the sand whenever they visited the beach. She took great comfort in the words of a vicar who told her that ‘grief won’t last for ever, but love does’.

Needing to channel that love somewhere, Elle and Nico threw themselves into fundraising for Teddy’s neonatal unit, and have received more than £100,000 in donations.

Elle says there are still days when she struggles to get out of bed.

Ask Me His Name: A Mother’s Story of Hope by Elle Wright is published by Lagom at £14.99