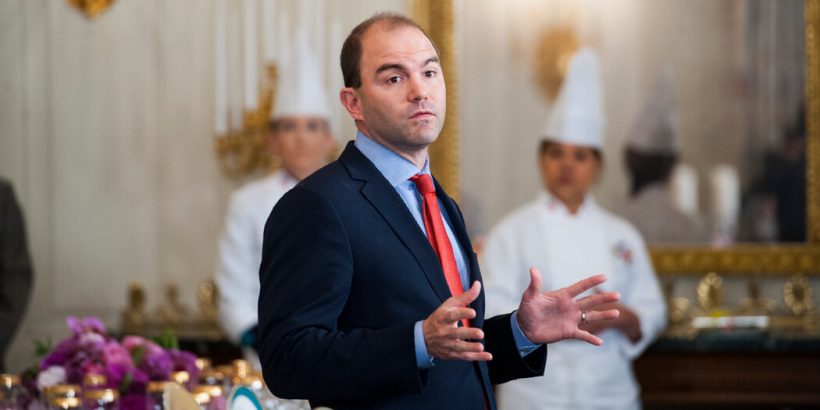 Being American in the World We’ve Made
By Ben Rhodes

If you have spent eight years as the chief speechwriter and confidant of the president of the United States, as Ben Rhodes did for Barack Obama, when you leave you can take your pick of gaudy opportunities — television pundit, investment banker, global consultant. Rhodes spurned all those lures. First, he wrote a memoir, “The World as It Is,” animated by a vivid portrait of a president at once visionary and cautionary, a reformer with a tragic awareness of the limits imposed by refractory human nature.

Now Rhodes has written a more ambitious and less conventional book that seeks to combine the firsthand experience of the foreign correspondent, the special access of the intimate to power, personal memoir and armchair speculation. He has, that is, yielded to a much more subtle temptation, the sort that exerts a special pull on the morally and intellectually serious: the urge to write a Book of Everything, a book about the world, about America, about the author himself.

“After the Fall” takes the form of a quest: The author goes out into the world in order to understand how it has come to be such an illiberal, authoritarian mess. He writes about Hungary, Russia and China, each with its own distinctive form of authoritarian culture and politics. In the book’s most appealing passages, Rhodes sits down with people very much like himself, chastened idealists who have come to know the world as it is but refuse to conform to its demands. These include, notably, Zhanna Nemtsova, the daughter of the murdered liberal activist Boris Nemtsov, and Alexei Navalny, who has taken Nemtsov’s place as Vladimir Putin’s leading antagonist. (In Navalny’s case the meetings were held via Zoom.) One cannot help hoping that such remarkable representatives of what Rhodes calls “the 9/11 generation,” with their “particular blend of idealism and disillusionment,” somehow come to power in their cruel homelands.

But in this hybrid work, the author’s quest often feels oddly curtailed. He does not go to Russia and travels to China only briefly, with the ex-president. He tarries longer in Hungary, but not, apparently, long enough to meet anyone who shares the illiberal views of Prime Minister Viktor Orban and thus help us to understand his immense popularity. Only during Rhodes’s visit to Hong Kong does the reader get anything like the feel for place that journalism affords.

Much that he tells us about these places will be familiar to any attentive newspaper reader. However, Rhodes’s travels, and his contemplation of the scene at home, lead him to an important conclusion: The United States, having exported to the world unleashed capitalism, ungoverned social media and a militarized foreign policy, has now seen its pathologies weaponized by its enemies and turned back upon itself. “The invasion of Iraq introduced a destabilizing new normal to global politics,” Rhodes asserts. “Laws and norms were for the weak, and the strong could do anything they wanted.” We unleash the genie of social media, and Putin sends out his hackers and trolls to undermine the West.

Rhodes may assign the United States too much blame for disseminating the toxins that now infect the world. He is, as he says himself, angry at what America has become. Four years of Donald Trump seems to have unseated the patient incrementalism Obama instilled in his young aide. The funniest line in the book belongs to Obama and reminds one of his almost unearthly equanimity: “Trump is for a lot of white people what O. J.’s acquittal was to a lot of Black folks — you know it’s wrong, but it feels good.”

Once an insider, Rhodes is now a Jeremiah. He has made good use of his freedom; he may yet make better.