In the early 1950s, the divided city of Berlin teemed with intelligence agents, all trying to keep a leg up for their side in the Cold War. In the midst of this activity, American and British operatives planned to dig a tunnel underneath the city, to intercept communications headed to and from Moscow. In “Betrayal in Berlin,” Steve Vogel, a former longtime reporter for The Washington Post, tells the story of the tunnel’s creation. He also delves into the life of George Blake, a British spy who became a double agent for the Soviets, reporting to them about, among other things, the progress of the tunnel project. Born in the Netherlands, Blake lived an outsize life of both great bravery and great deception. Below, Vogel talks about being inspired by his father’s work for the C.I.A., the similarities between spies and journalists, and tracking down Blake for an interview.

When did you first get the idea to write this book?

It basically came from being born in Berlin. My father had been stationed there as a C.I.A. case officer in the ’50s. I was born there when the Berlin Wall went up, and later I worked there as a journalist and covered the fall of the wall. I always felt a connection to the city. Writing was a career my dad had encouraged me to follow, but it was made clear to me that I should stay away from writing about him and his work, so I shied away from intelligence stories. He died in 1986, so I never had a chance to talk to him about his career and what he’d done in Berlin or anywhere else.

Some of his friends from those days, who were also C.I.A. officers, were still close friends of the family, and I would see them at gatherings from time to time and hear these tales late at night — these strange, hilarious stories of what Berlin was like in those days. They were talking to me as a friend, not a reporter. In the last few years, some of them started dying, sadly, and I felt like the need for secrecy was past. I started to talk to more of them, and it seemed like a now-or-never story; they were all in their late 80s or early 90s. I wanted to focus on the golden age of Berlin espionage, which was before the wall was built, because there was a lot of movement back and forth across the border. I started to focus on the Berlin Tunnel because it captured the tension and ambiguity. In 2013, one of my dad’s closest friends, Gus Hathaway, died. I ended up writing the obituary for him in The Washington Post, and that struck a match under me.

What’s the most surprising thing you learned while writing it?

One thing that should have been more obvious to me that I still found quite striking were some of the similarities between journalism and espionage. A reporter and a spy are both working to find out things that other people might not want them to know. They’re both trying to establish trust with sources. They’re digging around, watching things. There are some lines you can’t cross in my work. You can’t dress up as someone else or dig a tunnel. But fundamentally, you’re both trying to learn the truth and trying to make some sense out of it. My dad told me once that if he hadn’t been a C.I.A. officer, he probably would have been a reporter. And that makes more sense to me now. 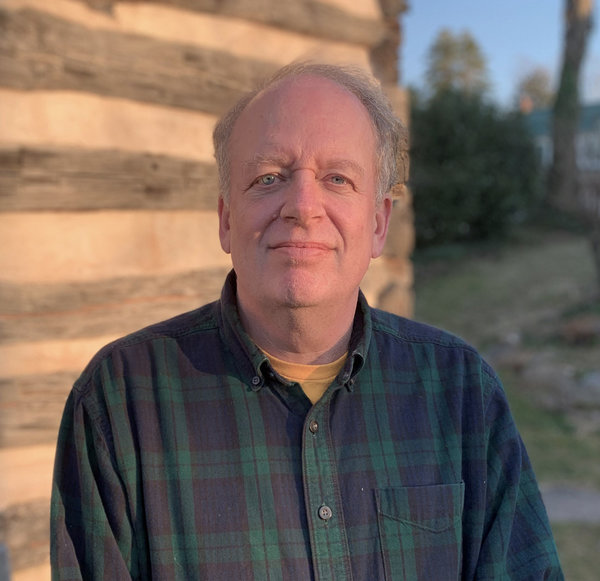 Originally I meant to focus much more tightly on the tunnel, which is a pretty wild story by itself. But the more I got into it, the more intrigued I got by the whole life story of the British spy George Blake, from living in Egypt to working as a courier for the Dutch resistance during World War II to being recruited by British intelligence. And then being taken prisoner in North Korea and making the decision to betray the West. It’s the sort of thing you can’t really make up, and after talking to him I wanted to weave more of his life story into the book.

Talking to him seemed like a long shot. I didn’t have my hopes high, but there’s no way I could write this book without making the biggest effort I could. I had a 14-page version of his life story from when he was arrested, so I was more focused on talking to him about the tunnel and why the K.G.B. didn’t stop it from the start. He was very helpful in that regard.

Who is a creative person (not a writer) who has influenced you and your work?

I was really lucky to work with some great photographers, at The Post and elsewhere. Sometimes it seems like the best photojournalism comes from these guys when they’re being unobtrusive, establishing trust and being observant. A guy like Michael Williamson — we worked on this story at D.C. General Hospital back in the 1990s, we embedded ourselves in the midnight shift there for months. Every night there were shooting victims coming in. We got to know the police and the doctors and nurses really well, and ended up with a great package.

Michel du Cille was another. Unfortunately he died in Liberia when he was covering the Ebola outbreak in 2014. He and I worked a lot on stories at Walter Reed Army Medical Center. He had this genuine empathy that really connected to a lot of the injured soldiers and their families. He respected them, and he earned their trust. A lot of that was reflected in the coverage.

Bill O’Leary at The Post is another one, and Doug Mills, now at The New York Times; we worked together in Virginia when I was first starting out, in the 1980s.

Persuade someone to read “Betrayal in Berlin” in 50 words or less.

It captures this critical period when the Soviets were newly armed with nuclear weapons and the United States was effectively blind. We didn’t have satellite imagery or N.S.A. eavesdropping. The tunnel was built to get early warning, and the stakes were very high. Plus, George Blake’s story is pretty thrilling.