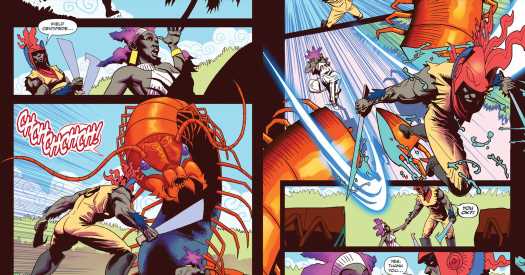 When Barack Obama was elected president in 2008, it struck the author and illustrator John Jennings as so unprecedented, such a break from American history, that it was like an event from some far-flung future.

“Before then, the only time you would see a president who was Black was in a science-fiction movie,” he said in a phone interview last month. Jennings compared it to the sorts of imaginative leaps one finds in the most forward-thinking works categorized as “Afrofuturist.”

This year, fans of Afrofuturism will see a bumper crop of comics and graphic novels, including the first offerings of a new imprint devoted to Black speculative fiction and reissues of Afrofuturist titles from comic-book houses like DC and Dark Horse.

Afrofuturism, whether in novels, films or music, imagines worlds and futures where the African diaspora and sci-fi intersect. The term was coined by the writer Mark Dery in 1993 and has since been applied to the novels of Octavia Butler (“Kindred”), the musical stylings of the jazz composer Sun Ra and more recently films such as “Get Out” and “Black Panther,” which presented a gorgeously rendered vision of the technologically advanced, vibranium-powered nation of Wakanda.

“Afrofuturism isn’t new,” said Ytasha L. Womack, a cultural critic and the author of “Afrofuturism: The World of Black Sci-Fi and Fantasy Culture,” a primer and history of the movement and aesthetic. “But the plethora of comics and graphic novels that are available is certainly a new experience.”

Graphic novels published in January included “After the Rain,” an adaptation of a short story by the Nigerian-American author Nnedi Okorafor, and “Infinitum,” a tale of African kings and space battles by the New York-based artist Tim Fielder. 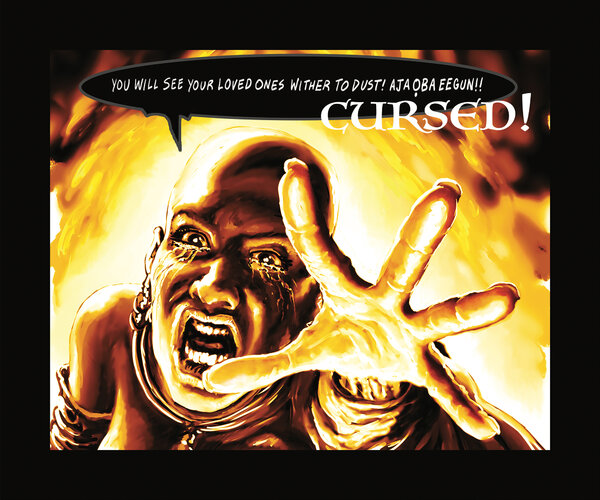 This month marks the long-awaited return of the “Black Panther” comics written by Ta-Nehisi Coates, which the National Book Award-winning author began in 2016, as well as the latest installment of “Far Sector,” a series written by N.K. Jemisin and inspired by the actor and musician Janelle Monáe, about the first Black woman to become a member of the intergalactic Green Lantern Corps.

Even older works are getting new looks. Black superheroes from the ’90s-era comic company Milestone — including Icon, a space alien who crash lands on Earth in 1839 and takes the form of an African-American man — are finding new readers on DC Universe Infinite, a subscription service that launched in January. Meanwhile, the Oregon-based publisher Dark Horse plans to release the comics of the Nigerian-born writer Roye Okupe, who previously self-published them, including his Afrofuturistic series “E.X.O.,” a superhero tale set in 2025 Nigeria.

Comics are particularly well suited for Afrofuturism, Womack said. Many Afrofuturistic narratives are nonlinear, something that comics, with their ability to move and stack panels to play with notions of time, can convey. Comic artists can also employ visual elements such as images from the Black Arts Movement, or figures from Yoruba and Igbo mythology, in ways that aren’t available to prose writers.

“Afrofuturism is constantly moving into the future and back into the past, even with the visual references they’re making,” Womack said.

“After the Rain” marks the launch of Megascope, an imprint of the publisher Abrams “dedicated to showcasing speculative works by and about people of color.” Its advisory board includes the scholar and author Henry Louis Gates Jr.

Okorafor, the author of the imprint’s leadoff title, “After the Rain,” considers her work “Africanfuturism,” a term she coined to describe a subcategory of science fiction similar to Afrofuturism, but more deeply rooted in African culture and history than in the African-American experience. “Nnedi is a very hot author right now,” Jennings said, “so I thought it would be a great kickoff.”

In April, the imprint will publish “Hardears,” a fantasy-adventure story set on Jouvert Island, a version of Barbados populated by mythical creatures — giant “moongazers” and shape-shifting “soucouyants” — drawn from Caribbean folklore. “Black Star,” a cat-and-mouse tale of two astronauts stranded on a desolate planet, comes out in May.

A professor of media and cultural studies at the University of California at Riverside, Jennings has devoted much of his career to Afrofuturism, writing scholarly works about it and leading panels devoted to Afrofuturist comics. He has worked with the artist Stacey Robinson, as the duo “Black Kirby,” to reimagine the work of the Marvel artist Jack Kirby through an African-American lens: for example, “The Unkillable Buck,” based on “The Incredible Hulk.”

To Jennings, the Rev. Dr. Martin Luther King Jr. was an Afrofuturist. “The mountaintop that Dr. King spoke about does not exist in this universe,” Jennings said. “It’s an imaginary construct of what the future could be.”

For “Infinitum,” released by the HarperCollins imprint Amistad, Fielder created Aja Oba, a powerful African king cursed with eternal life. Oba travels from Africa to the United States and beyond, witnessing Hannibal’s crossing of the Alps, the rise of American slavery, the civil rights movement and (spoiler alert) the death of our solar system.

Despite the fleet of spaceships on the cover, much of Fielder’s narrative is set in history. “Afrofuturists do not have the privilege, like general futurists, of just looking forward constantly,” Fielder said. “There’s so much of our work that was ignored, discarded or destroyed that, as an Afrofuturist, I’m forced to work on projects that are based in the past.”

Fielder’s immortal hero is also a response to the longstanding cinematic trope of Black men dying before the final credits roll. One of his strongest childhood memories was watching the Black hero’s untimely end in the 1968 horror movie “Night of the Living Dead.” “The white guys are all losing it, and it’s the one brother who keeps his wits about him,” he said. “And then he’s killed. I never forgot that.”

“Infinitum” has a distinctly cinematic feel — Fielder’s influences include the “Star Wars” artist Ralph McQuarrie — and the shared references and influences between comic books and movies are likely to continue. After Coates restarts (and ends, after three issues) his run on “Black Panther,” Marvel Studios is expected to release “Black Panther II,” while over at Disney, producers are working with the comic-book company Kugali on “Iwaju,” an animated series set in a futuristic Lagos.

Perhaps more than anything, Afrofuturist comics are a means of staking a racially inclusive claim on a multitude of futures. “And just because it’s about a Black subject doesn’t mean it’s just for Black people,” Jennings said. “I love Daredevil, but Marvel would never say: ‘Oh, you know what? This is just for white, poor Irish-American people.’ These stories are for everyone.”