Bridge of Clay is a tender book, set in a world that is anything but. Its enormous ambitions are sustained by heartfelt beliefs, not least in the power of love. This vast novel is a feast of language and irony. There is sly wit on every page. Its narrative structure makes demands on the reader but it constantly works through tangled lives to achieve moments of sublime clarity and insight. It is such a compassionate book that it is hard not to fall a bit in love with it yourself. 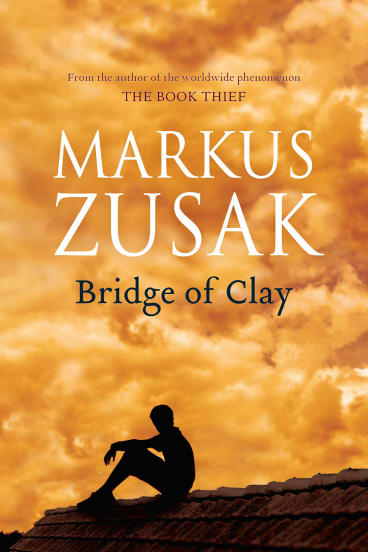 Bridge of Clay by Markus Zusak.

At the heart of the story are five Dunbar brothers: Matthew, Rory, Henry Clay and Tom. They live together in a chaotic house in Archer Street behind an old racetrack that they share with various creatures, including a mule, all of whom are named after characters from Homer. Their mother, Penelope, has endured an epic journey towards death, not unlike the slow homecoming of Odysseus in the book she loved. Her husband, Michael Dunbar, has fled, leaving the boys to fend for themselves with occasional contact from their neighbour, Mrs Chilman, who sometimes needs their muscular help to open bottles. The oldest brother, Matthew, tells the story. "Many considered us tearaways. Barbarians," he notes. "We had a piano no-one played. Our TV was serving a life sentence. The couch was in for 20."

At the outset, his father, Michael, unexpectedly reappears. He is nicknamed "the murderer" for reasons that will become clear. Initially, he is described as a "wasteland in a suit", one of countless poignant images that provide deep water. Michael needs help from the boys. He has moved to a remote and isolated place beside the River Amahnu and wants to build a bridge to help him come and go, a poignant image of re-connection and asks his sons for support. They, like him, are broken by the harsh circumstances of their lives and are reluctant to assist. But Clay, the most silent and mysterious of the brothers, will respond.

Clay says little. He is prone to sitting on the roof of the house like a lonely sentinel. He is extremely physical, constantly training for some kind of contest without knowing what it might be. But Clay becomes the spiritual hub of a novel with a wide-open sense of what humanity is all about. Clay often smiles but seldom laughs.

Bridge of Clay shares with Zusak's The Book Thief an underlying sense of the possibility of joy and human dignity even in dehumanising situations. But its context is very different. The Book Thief confronts the moral core of the bloody 20th century. Bridge of Clay is at the very fringe of what you might call movements in history. It invests in suburban grunge and forgotten regional towns. It does deal with violence and the desperate search for identity. But its world is unassuming and, in some respects, easily forgotten. This is part of Zusak's remarkable accomplishment. He aches for the marginal members of marginal communities.

Comparisons are odious, of course, but Bridge of Clay also shares with The Book Thief an understanding of the ways in which culture is far more than ornamental. It shapes the soul. In this book, Penelope Lesciuszko is a refugee from Europe, impelled by her father, Waldek, to escape the tyranny of Eastern Europe. Her imagination has been formed by the 39 books Waldek owns, especially copies of Homer, who becomes a talisman in a world of a broken glass, old cars and other ephemera.

She also learns to play the piano and this becomes the catalyst for her initial meeting with Michael Dunbar. Both she and her future husband have been brought up by single parents. Michael's mother, Adelle, a medical secretary in a small town, is one of the liberators in a world that, apart from the vision of such people, could easily have become a prison. But it never does. Michael grows up under the influence of art. Michelangelo becomes his patron saint.

Bridge of Clay has been a long time coming and Zusak has set an extremely high bar for himself. For the most part, his achievement is extraordinary. The book loves its characters. It has an overarching understanding of human possibility. It believes in journeys that begin but never end. It is driven by no agenda other than a desire to celebrate the ups and downs of flawed mortals. That makes it a breath of fresh air.

Michael McGirr's Books That Saved My Life is published later this month by Text.