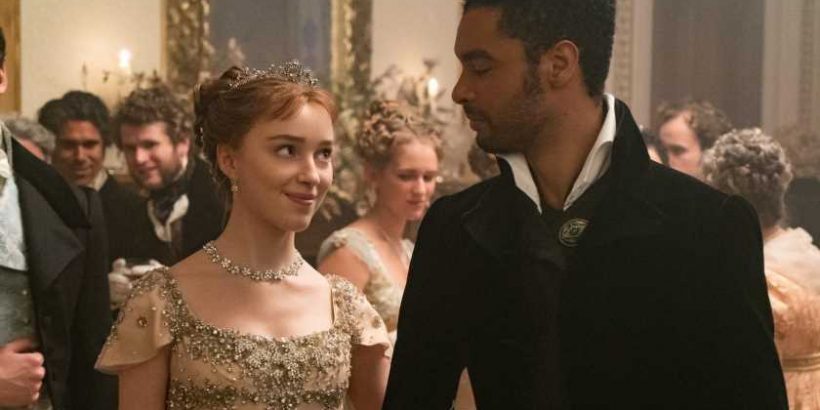 As we await season two of Netflix’s smash hit show Bridgerton, bestselling romance novelist Julia Quinn is transporting us back to Regency England with a new book offering deeper insights into its much-loved characters.

It’s hard to believe that nearly a year has passed since our screens were set alight by Shonda Rhimes’ smash hit period drama series Bridgerton. As we eagerly wait for season two to arrive, we’ve been devouring any morsel of information concerning frothy ballgowns, scandalous gossip and sunrise duels in an attempt to transport ourselves back to Regency society.

If you’re the kind of Bridgerton fan who has pored over every detail in author Julia Quinn’s original romance novels as well as the steamy TV adaptation, then you’ll know that the Gossip Girl-esque enigma Lady Whistledown hasn’t been heard from in literary form since 2004. That is, until now.

Almost 20 years after Quinn put down her pen as the notorious gossip writer, Lady Whistledown has returned in a new book, The Wit And Wisdom Of Bridgerton: Lady Whistledown’s Official Guide.

In an interview with People, Quinn explained that the new book would give a deeper insight into the show’s much-loved characters, with each chapter dedicated to the aristocratic siblings of the Bridgerton family – Anthony, Benedict, Colin, Daphne, Eloise, Francesca, Gregory and Hyacinth – as well as other key characters including Duke Simon, Lady Danbury and Lady Violet, the mother of the Bridgerton clan.

“It was an absolute joy to revisit the books and characters for The Wit And Wisdom Of Bridgerton. There were so many tiny moments I’d forgotten about,” she said.

“[The book] was conceived with Bridgerton readers in mind, but I think that Netflix fans who haven’t read the books will enjoy it, too,” she continued. “It provides a deeper understanding of the characters brought so skillfully to life on the show.”

In an Instagram video, Quinn also revealed that readers would find 13 brand new Lady Whistledown columns inside the book, as well as some of the romantic, witty and memorable quotes from the characters of the Bridgerton world from over the course of the entire series.

Although Quinn couldn’t reveal any details about the second season of Bridgerton, which premieres on Netflix in 2022, she did make it known that she’d been creatively involved in the adaptation.

“I’m not allowed to give anything away about season two, but I will say that I’m a consultant for the show,” she told People. “And I warned the team that if pall-mall wasn’t included, I would ‘consult the heck out of’ the storyline.”

In case you’re scratching your head wondering what on earth ‘pall-mall’ is all about, Quinn is referencing a scene from The Viscount Who Loved Me in which Anthony and his love interest, Kate, play a fiercely competitive lawn game similar to croquet.

Can you feel the romantic tension already? We can’t wait for 2022 to get here.