No more bumbling from the cricket pitch to the pub! David Lloyd on how modern sporting culture has killed comradery

AROUND THE WORLD IN 80 PINTS

The term ‘bumble’ may suggest to most people the act of dithering around, but to cricket fans the world over, it is inextricably linked to the veteran player, broadcaster and Daily Mail columnist David ‘Bumble’ Lloyd.

With his trademark Lancashire burr, he has joined the likes of John Arlott, Brian Johnston and Henry Blofeld as one of the inimitable (and mimicable) commentators on the summer game.

Now, after 50 years as player, umpire, coach and, latterly, doyen of the Sky TV team, Lloyd attempts to get beyond the practicalities of the sport to measure its spiritual well-being. 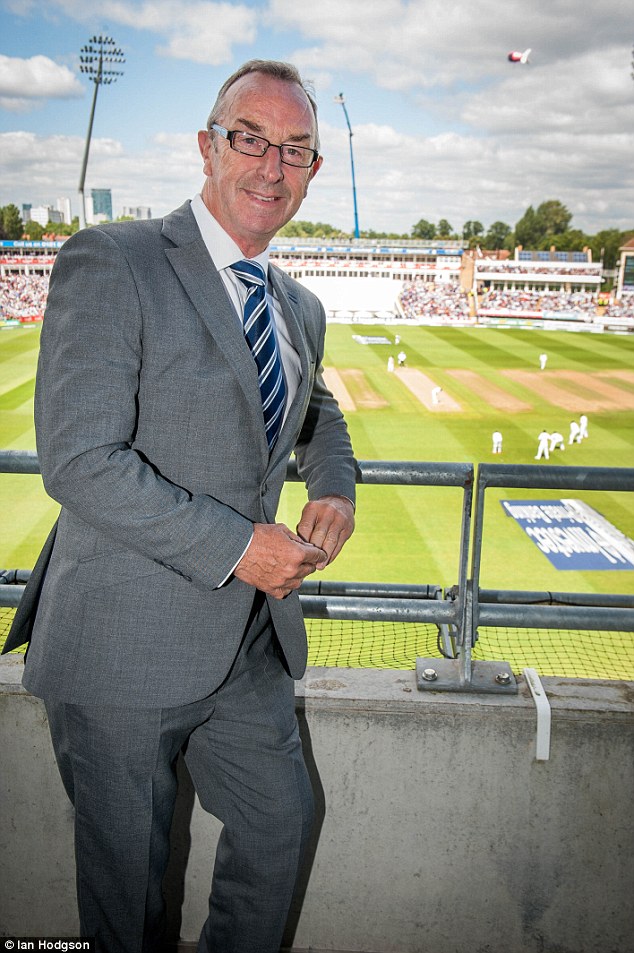 Indeed, he argues with passion and humour that the social side of cricket — the post-match pints, the late-night curries and the camaraderie — is perhaps its most valuable commodity.

‘Cricket is a sport for a chat, a beer and a get-together,’ he argues. And he should know — he’s sampled plenty of all three.

The premise is a loose one, but it does allow Lloyd to range freely through five decades of first playing, and latterly observing, the sport. The result is part travelogue, part memoir and wholly engaging.

Some of his most charming stories involve his days as a young rookie in the Lancashire team of the Sixties. Then, most players lived on little more than meat pies, ten Woodbines and a pint or four, but the book has plenty of anecdotes involving the greats of the game — Fred Trueman, Wes Hall and, inevitably, Geoffrey Boycott, who, confronted by a critic suggesting his batting sent spectators to sleep, retorted: ‘Aye, but I were still there when they woke up!’

Lloyd also chronicles his many adventures both at home and abroad, from chilly Leeds (‘No bubbly on show like in St John’s Wood — no, the drink of choice in the media centre at Headingley is Bovril’) to cricket-mad Pakistan, where everyone wants to have a go at being the next Wasim Akram or Imran Khan. ‘I have yet to walk down Oxford Street and see someone chalking up a set of stumps on the wall of Selfridges,’ he notes by way of comparison. 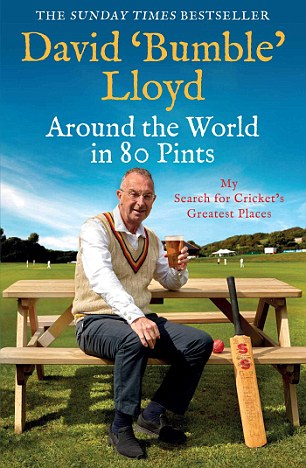 The game has evolved in ways unimaginable only a few decades ago, yet, despite the undoubted advances in skills and fitness, Bumble fears something precious has been lost along the way. In his youth, players went at each other hard on the field of play, but once stumps were drawn, they’d be found drinking in the same pub, visiting the same restaurants and sharing the same yarns.

Nowadays, a harder and more vindictive mindset has infected the sport; exemplified by Australian captain Michael Clarke’s warning to England’s Jimmy Anderson ‘to get ready for a broken arm’ when he went in to bat.

Around The World In 80 Pints is discursive, convivial, seasoned with tall stories and chock-full of wisdom dispensed without rancour or hubris — a bit like spending an evening in a pub with Bumble himself.

Perfect for dipping into during those pesky rain interruptions between play.