WHAT A HAZARD A LETTER IS

How I wish Virginia Woolf had sent her furiously funny letter about class to the Left-wing New Statesman in 1932.

Goaded by J. B. Priestley’s jibe about ‘sensitive, cultured, invalidish ladies with private means’, she trained her elegant shotgun on inverted snobbery.

Yes, she says, I am ‘highbrow’ — and don’t let anybody deprive me of that status.

Hilariously, she contrasts ‘lowbrows’ and ‘middlebrows’, ending the screed thus: ‘If any human being, man, woman, dog, cat or half-crushed worm dares call me “middlebrow” I will take my pen and stab him, dead.’ 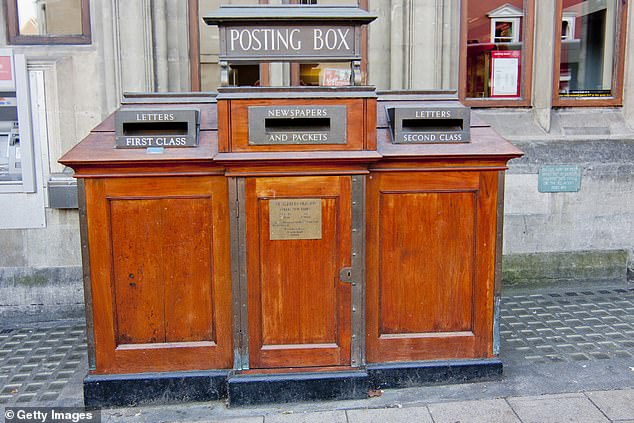 But, sadly, her ever-protective husband Leonard advised her not to send this glorious diatribe. When she re-read her own words, she was glad, suspecting it would make her look ‘as large, as ugly as could be’. Yet, after her death, Leonard did publish it in an essay collection, and so the magnificent letter had life after all.

Anyone who has ever speedily sent an unwise, even destructive, email in a fit of temper (as I have) and regretted it, may wonder that anybody would go to the trouble of putting pen to paper and then waste all that effort.

Yet unsent letters provide essential devices in fiction, as well as being part of the tragedy of life — as editor Caroline Atkins shows in this gloriously varied collection. Her title comes from the 19th-century poet Emily Dickinson, who once wrote to a friend: ‘What a Hazard a Letter is! When I think of the Hearts it has scuttled and sunk . . .’

What inner turmoil prompted the reclusive poet to write letters to an unknown man?

These passionate outpourings of humble adoration were never sent and are painful to read: ‘Master — open your life wide, and take me in for ever, I will never be tired — I will never be noisy when you want to be still. I will be . . . your best little girl.’

Refreshingly robust, Atkins comments: ‘Quite a lot of it sounds downright deranged.’ Indeed — but isn’t that what unrequited love does to people?

What is the longest postal day for a letter?

Cleverly, Atkins mixes fictional unsent letters with ones from real life. Epistolary plot devices, in novels such as Ian McEwan’s Atonement, Patrick Gale’s The Whole Day Through, E. M. Forster’s Howards End, Thomas Hardy’s Tess Of The D’Urbervilles, are used by all-powerful authors to manipulate their characters and set them on the rack.

Still, when real letters are set next to chunks of fiction, we’re forced to catch our breath, moved by the randomness of fate — with nobody pulling the strings.

Captain Scott’s last letter to his wife is devastating in its stiff-upper-lip courage: ‘Well dear heart I want you to take the whole thing very sensibly as I’m sure you will . . .’ Later, remarried and afraid she may die in childbirth at 45, Kathleen Scott wrote her own unsent letter to her son, Peter (‘Little sweetheart’): ‘Don’t be too miserable. I’ve had a lovely life but I’m getting fairly old and it’s very nice (since one must die sometime) to do so before one gets ill and blind and deaf and bored and tiresome. 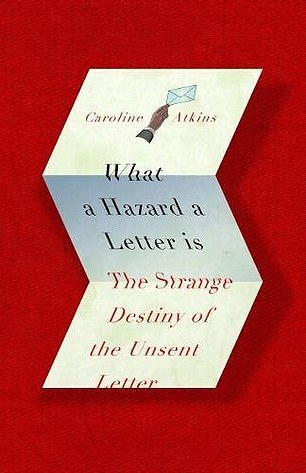 ‘So let’s all be quite cheerful about it.’

Such sangfroid was impossible for Phyllis Kelly. On October 28, 1916, she wrote to her sweetheart, Second Lieutenant Eric Appleby, wounded at the Somme: ‘Oh my love, my love, what shall I do . . . dear one, surely God won’t take you from me now. . . ’ But before she could send the note came the news Eric was dead. Phyllis never married: that desperate letter enshrines a never-ending love.

Atkins explains that her search for unsent letters took her ‘through history and literature, biographies and journals, from world events to personal stories of confusion, caution and fatal indecision’. It was a worthwhile hunt.

Within these fascinating pages jostle Beethoven, John F. Kennedy, Van Gogh, Boris Johnson, Oscar Wilde, John Major and more — all putting pen to paper (or fingers to keys) and then thinking better of it.

As one who still sends handwritten letters, I wonder what will be the legacy of a generation that relies on email and text? Nowadays, the ether is full of words that ought not to have been sent — while history is all the poorer for those not written at all.