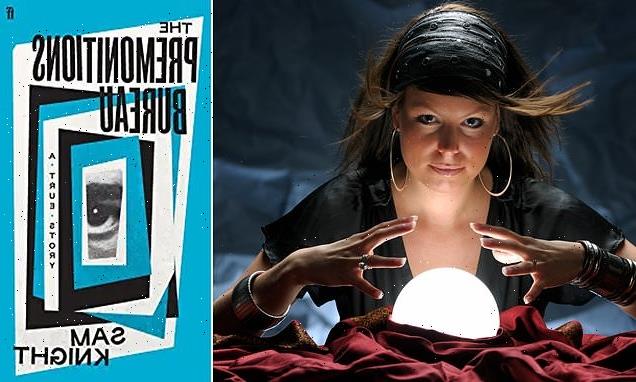 Can we really see the future? After the Aberfan disaster was foreseen by several people in premonitions, two men set out to investigate the phenomenon. No one could have predicted the results…

Do we take premonitions seriously enough? I had a premonition earlier that I was going to have a bowl of Rice Krispies for breakfast, and so it came to pass.

But for a few, slightly bewitched people — Sam Knight calls them ‘seers’ — premonitions could not be more serious.

Imagine that you had a vision of some terrible event, a fire maybe, or a hideous road crash, that hadn’t happened yet. Who would you tell? What would you do? Could you prevent it occurring?

The story of the Premonitions Bureau, which actually existed, begins with the Aberfan disaster of 1966, when a huge, unstable heap of coal slurry overbalanced, fell down a hill and completely buried a primary school below. 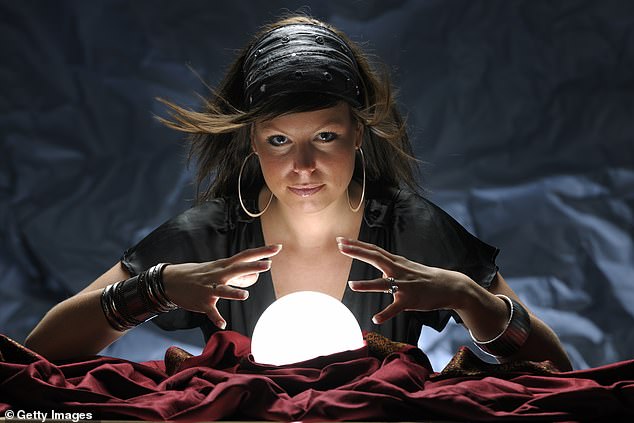 Sam Knight explores the history of premonitions starting with the Aberfan crisis. He uncovers that two men predicted the Hither Green railway crash in Lewisham

One hundred and forty-four people died, among them 116 children, most of them aged between seven and ten. A dead girl was found holding an apple. A boy had four pence in his hand.

The terrible thing is that quite a few people had had presentiments that something of this sort was going to happen. A 42-year-old psychiatrist called John Barker, who had a keen interest in unusual mental conditions, became fascinated by this, and asked people for their stories, which flooded in.

With an Evening Standard journalist called Peter Fairley, later to become more famous as ITV’s Science Editor and ‘the face of space’ during the moon landings, he set up the Premonitions Bureau in the Standard’s office, hiring a woman called Jennifer Preston to administer it.

Hordes of people wrote or rang in to detail their dreams of catastrophe.

Few of them actually came to anything, but enough did to make the project worthwhile and to distract Barker from his terrible job as a senior shrink at a shambling old Shropshire mental hospital, full of people who had been abandoned there by relatives sometimes decades before. 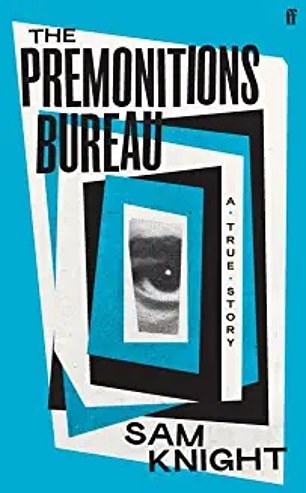 Both, in different ways, predicted the Hither Green railway crash in Lewisham, when a train was derailed and ripped apart, killing 49 and slightly injuring toothsome Bee Gee Robin Gibb and his teenage girlfriend.

At the time of the crash, Hencher was in the middle of his shift and complained of a headache so crippling he had to go to the sick bay.

Four days earlier Miss Middleton had reported feeling ‘acutely depressed’ and, sitting in her kitchen, ‘saw a streak, then a flash of light and then a sort of grey mist’.

In her letter to the bureau, she wrote: ‘I see a crash, maybe on a railway… a station may be involved… people waiting in the station and the words Charing Cross [where the train was headed]. The sound of A CRASH.’

The following day the London Evening News led with a story entitled ‘The Strange Case of the Two Who Knew’ and interviewed the visionary pair.

‘Somehow, while dreaming or awake, they can gatecrash the time barrier … see the unleashed wheels of disaster turning before the rest of us.’ Barker told the paper, ‘They are absolutely genuine. Quite honestly, it staggers me.’

Where has this story been hiding? What a gift it is for young Sam Knight, a staff writer on the New Yorker, and what a magnificent job he has made of it.

Although the actual story is relatively straightforward, Knight ventures far and wide in support of it, pulling in such subjects as the Soviet Union’s space program, the death of Donald Campbell on Coniston in the Lake District while trying to break the water speed record, the murder of Bobby Kennedy and the phenomenon of sudden unexplained deaths in animals and humankind.

None other than Hilary Mantel, on the back cover, calls it ‘a fluent and enticing book, skilfully navigating the tricky and marginal subject of the paranormal’, and she’s not wrong. There’s even a good ending.

When Miss Middleton started telling Barker to be extra-careful because she thought his life was in danger, he listened to her. At the same time Hencher started asking for money for his premonitions.

Fairley, very much the man about town, disliked and distrusted the two suburban seers, and thought they should be quietly let go.

Barker disagreed: he recognised that Hencher was not the easiest man in the world to deal with, but he wanted to expand the range of the Premonitions Bureau, find more and better seers to predict more and better disasters.

Then he started getting these terrible headaches …

The Premonitions Bureau is not a long book but it’s a very good one.

I have a feeling — you might even call it a premonition — that a lot of people will really enjoy it.