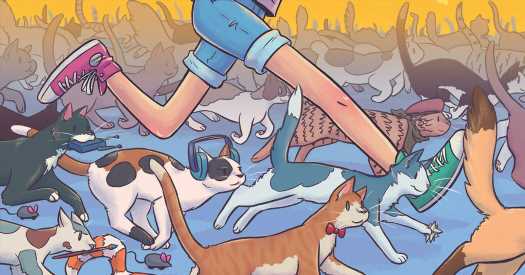 I have always had a fraught relationship with cats. I adore their elegant agility but fear their claws. I’m in awe of their haughty demeanor but afraid of being judged. Cats seem mean, and a little evil. So I felt simultaneous tinges of reluctance and delight at the prospect of reading “Katie the Catsitter,” the first book in the latest graphic novel series from Colleen AF Venable and Stephanie Yue (the team behind “Guinea PI(G), Pet Shop Private Eye”).

Katie Spera is a 12-year-old New Yorker trying to earn enough money to join her more affluent best pals at summer camp. It’s slow going: She fails miserably at the odd chores she offers to do for her neighbors, and with each passing day her friends seem farther away, both geographically and emotionally. Luckily, she runs into Madeline Lang, a stylish and somewhat mysterious figure, who hires Katie at a very generous hourly rate to catsit in the evenings for her (gasp) 217 cats.

So far, this seems like a humorous tale of resourcefulness and friendship. But it’s more than that. The city is experiencing a rash of dastardly crimes perpetrated by a villain called the Moustress, who in turn is being hunted by the Eastern Screech, an owl-based superhero of dubious ability who still lives with his parents. And those 217 cats? They are supersmart. Not come-when-you-call smart, although they do, but genius-level smart, and rather anthropomorphic: They play video games, take baths and clean house. They also boast more unusual talents, such as mixed martial arts, weapons expertise and 3-D printer modeling (all of which will prove useful later). And yes, they are evil: While Katie catsits, they get up to all sorts of mayhem — trashing Ms. Lang’s apartment and tormenting Mrs. Piper, the grouchy, pet-hating building superintendent.

As Katie figures out how to pacify these über-felines, it becomes clear that the Moustress is targeting hypocrites and liars with a penchant for animal cruelty. The villain appears to have an activist streak. And she may be closer than Katie thinks.

Young readers will revel in the heroic antics, and older ones, like me, will be tickled by the Easter eggs strewn throughout. The sweet and funny nature of this book is expertly reflected in Yue’s energetic art and seemingly effortless line work. Her character designs are skillfully consistent and refreshingly diverse, as is appropriate for a story set in New York City. I was particularly taken with her illustrations of the postcards and letters between Katie and her bestie, Bethany, and her narration speech bubbles, which seem to have little cat ears. The soft pastel palette, rendered by the colorist Braden Lamb, is unexpected and yet perfect for this gentler, more nuanced superhero comic.

While the characters’ crime-solving exploits yield a satisfying and clever ending, Katie’s own story is realistically bittersweet as she negotiates the evolving terrain of preteen friendship.

Although I fully enjoyed this playful world, I couldn’t help wishing for a tad more darkness. The evil cats are, of course, not as evil as billed, but a hint of danger, however mistaken, might have been in order. This is a superhero story, ultimately, and the fight between good and evil is often more fun when the stakes appear higher. But that could just be me. After all, I am convinced that cats are evil. 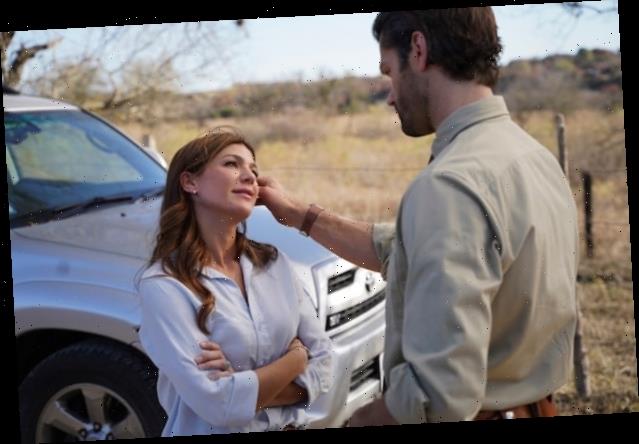