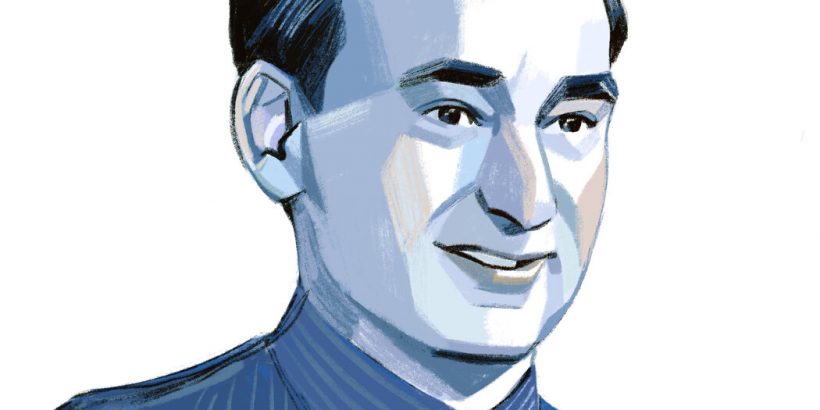 “I also loved to read in swimming pools, pre-Covid, when vacations were a thing,” says the novelist, whose latest book is “Hour of the Witch.”

What books are on your night stand?

I’m old school and don’t read on a tablet, and so my night stand is a Jenga tower of galleys and manuscripts for books that won’t be published for months. It’s terrifying. One night, it’s going to collapse and kill me in my sleep. There are always at least one or two books that are research for whatever novel I’m writing, which means in this case I have a book about skydiving and a book about the Ottoman massacre of Armenians in Adana, Turkey, in 1909. But three novels were recently published that I’d been looking forward to, and so amid the unstable skyscraper are Carol Edgarian’s “Vera”; Kazuo Ishiguro’s “Klara and the Sun”; and Viet Thanh Nguyen’s “The Committed.”

Here are two I’ve read in the last four years that I recommend often: Rebecca Makkai’s “The Great Believers” and Amor Towles’s “A Gentleman in Moscow.”

But I seem to reread “The Great Gatsby” more than any other novel, and the ending never fails to leave me happily melancholic. For a while I collected mass-market paperback editions of the book from the mid-20th century, and the covers are a scream. I have one where Gatsby looks like a 50-something vampire about to welcome Daisy into the world of the undead. She’s in a strapless gown — all exposed neck and shoulders — and he looks, well, ravenous. The cover also boasts that it’s “complete and unabridged,” which always makes me smile because the novel is barely 47,000 words long. Can you imagine someone with a red pen in 1955 thinking to himself, “Hmm, do we really need ‘boats against the current’?”

Describe your ideal reading experience (when, where, what, how).

I can read for hours in the bath. In the winter, when the sun sets early, it’s pretty close to heaven to read there on a Sunday afternoon and watch the sun disappear over the small mountain west of where I live. I also loved to read in swimming pools, pre-Covid, when vacations were a thing. I’d stand waist-deep in the water, the book open flat on the coralline lip of the pool.

Which writers — novelists, playwrights, critics, journalists, poets — working today do you admire most?

There’s no way on earth I can answer this without offending someone, since most of my friends are writers. But Margaret Atwood, Jodi Picoult and Colson Whitehead come to mind because they are prolific and they’re fearless when it comes to trying new things.

What do you read when you’re working on a book? And what kind of reading do you avoid while writing?

I write best when I’m reading novels that give me an inferiority complex. When I was reading Ayad Akhtar’s “Homeland Elegies,” for instance, I’d be at my desk the next morning and try to begin the day writing one sentence with two words as interesting as his pairing “orphic concordances.” I also read lots of nonfiction that will help me bring a scene to life. I never have writer’s block, but when a novel is stalling, it’s usually because I haven’t done my homework and need to dig deeper into the research.

Your new novel anticipates the start of the Salem witch hysteria a few decades later. What other books would you recommend to people interested in the subject?

Begin with poetry by Anne Bradstreet. You won’t find witches, but you will find poems that celebrate her love for her husband and the natural world, as well as one that mourns the loss of her library in a fire and another that expressed her desperate pain at the death of a grandchild. You will find spiritual doubt. They’re beautiful, and they remind us that the Puritans’ internal lives were as complex as ours.

There are plenty of fascinating books about witchcraft in history and about Salem in particular, but the one I like best is “The Devil in the Shape of a Woman,” by Carol F. Karlsen. Bonus points for the title alone.

Has a book ever brought you closer to another person, or come between you?

When I finished Howard Frank Mosher’s “A Stranger in the Kingdom” as a young man, I was so moved that I wrote him. He wrote back, one of his classic, handwritten letters penned in blue ink on lined, yellow paper. We’d be friends until he died. I dedicated one of my novels to him.

What’s the most interesting thing you learned from a book recently?

From Sy Montgomery’s lovely “The Soul of an Octopus”: An octopus would make a terrible pet, but not because they’re dangerous. Rather, they’re playful and smart and usually gentle with humans, but they’re likely to get themselves into trouble slithering out of their tank.

After reading her book, I went to the New England Aquarium just to watch them.

What moves you most in a work of literature?

Heartbreak. I love books that leave me weeping inside. (I would have killed Harry Potter at the end of Book 7.) “A Little Life,” by Hanya Yanagihara, “Room,” by Emma Donoghue, “Never Let Me Go,” by Kazuo Ishiguro, “Beloved,” by Toni Morrison, and “Sophie’s Choice,” by William Styron, destroyed me in all the best ways.

Do you distinguish between “commercial” and “literary” fiction? Where’s that line, for you?

I love what Justice Potter Stewart said about pornography: “I know it when I see it.” I feel the same way about “commercial” versus “literary” fiction. I appreciate both. One difference for me personally? I know I’m reading a “literary” novel if I’m using lots of Post-it notes. But the truth is, if I’m turning the pages avidly, I don’t judge.

What book might people be surprised to find on your shelves?

“The Book of General Ignorance,” by John Lloyd and John Mitchinson. It’s where I learned that if I’m ever battling a crocodile, a rubber band will serve me better than a paper clip.

What’s the best book you’ve ever received as a gift?

I’m a grandson of survivors of the Armenian genocide. One Christmas, my wife gave me a 1934 edition of “The Forty Days of Musa Dagh,” Franz Werfel’s epic novel about the heroic stand of 4,000 Armenian men, women and children against the Ottoman Army atop a small mountain on the Mediterranean Sea.

What kind of reader were you as a child? Which childhood books and authors stick with you most?

I was an avid reader. I was also an avid artist with Magic Markers, and I drew the Starship Enterprise in the sky above the Caribbean on the dust jacket of my mother’s first edition of Ernest Hemingway’s “The Old Man and the Sea,” and I colored in the leaves on her first edition of Harper Lee’s “To Kill a Mockingbird” so the cover resembled a Peter Max poster.

The books that stuck with me are the ones that are heartbreaking: “Flowers for Algernon,” by Daniel Keyes; “To Kill a Mockingbird”; and “Johnny Tremain,” by Esther Forbes. I can still tell you the last line of all of them.

How have your reading tastes changed over time?

If you could require the president to read one book, what would it be?

What is a book that engenders empathy? Off the top of my head, that might include “Between the World and Me,” by Ta-Nehisi Coates. But given the climate change nightmare we’re facing, I might also suggest “The Sixth Extinction,” by Elizabeth Kolbert.

You’re organizing a literary dinner party. Which three writers, dead or alive, do you invite?

Writers have lots of dinners with other writers, and the best conversations are when we share litanies of humiliating moments in our careers, or the single worst things we’ve written. So, I’d want writers who would make me laugh. Here are three who I think would fit the bill: Zadie Smith, Augusten Burroughs and Gary Shteyngart. (If you all say yes, the dinner is on me.)

Disappointing, overrated, just not good: What book did you feel as if you were supposed to like, and didn’t? Do you remember the last book you put down without finishing?

I do remember the last book I didn’t finish. When you’re my age, time is precious, so I’m very comfortable putting a book down if I’m not enjoying it. Likewise, I could tell you which books I thought were overrated. But would you forgive me if I didn’t? Although it’s clear that some books are better than others by any objective standard, literature isn’t algebra. Two people can have wildly different opinions about a book and both be right.

What books are you embarrassed not to have read yet?

Maybe I was scarred by too many terrible community theater productions of “Oliver!” but other than “A Christmas Carol,” I haven’t read a single word of Charles Dickens.