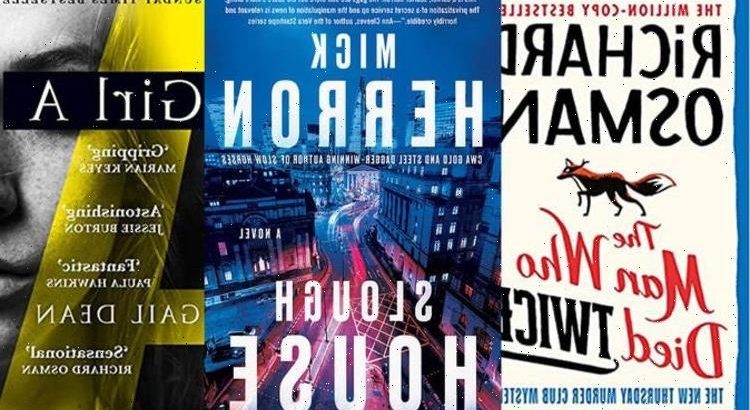 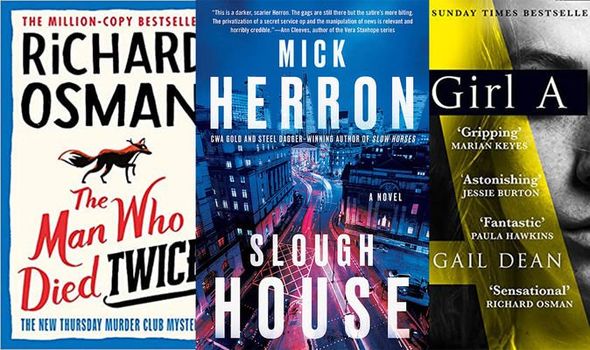 Written in 1938 following the anti-semitic brutality of Kristallnacht, The Passenger by Ulrich Alexander Boschwitz is shocking, moving and suspenseful story with a powerful resonance today. It captures the terror of Otto Silbermann, a respected Jewish businessman. Since his life is suddenly at risk in Germany, he boards train after train in a desperate effort to escape.

And Colson Whitehead’s Harlem Shuffle was a roller coaster ride. In 1960s New York, shop owner Ray Carney finds everything he holds dear is at risk after his cousin reels him into a heist that goes wrong. Suspenseful and sinister, raucous and cleverly observed.

I’ve read over 120 books this year, including two brilliant historical novels. Daughters Of Night by Laura Shepherd Robinson and The Shadowing by Rhiannon Ward relate historical crimes committed toward women with a wonderfully evoked sense of place.

The crime novel that made my heart race fastest was The Last Thing To Burn by Will Dean, a timely and unforgettable locked-door mystery.

There’s Only One Danny Garvey by David F Ross and Boys Don’t Cry by Fiona Scarlett are gritty, devastating and beautifully written contemporary novels exploring the darker side of family and community.

Finally, The Woman In The Middle by Milly Johnson brought me comfort during a difficult time. Warm and witty, it will resonate with many women of a certain age.

Dee rents a house next door to recluse Ted and daughter Lauren, convinced that Lauren is her sister Laura who was abducted 11 years earlier. The Last House On Needless Street by Catriona Ward is a beautifully written masterclass in suspense.

Winter Counts by David Heska Wanbli Weiden is a heartfelt, harrowing thriller that introduced readers to Virgil Wounded Horse, an enforcer on the Rosebud Native American Reservation in South Dakota, who takes on corrupt tribal leaders to stop a drug cartel selling heroin to children.

In Never, Ken Follett imagines a series of global events edging the world closer to nuclear world war, and it makes for terrifyingly plausible reading.

And Mick Herron hit new heights with Slough House. The failed spies of MI5 are targeted by the Russian secret service following a British counter-offensive to the Novichok poisoning.

In Billy Summers by Stephen King, Billy is an assassin on the verge of retirement when he’s offered one last job. It comes with a pay day that’s too good to turn down – but it’s also too good to be true. It’s a novel with a heart-stopping, heartfelt conclusion.

Girl A is a startlingly assured debut by Abigail Dean. Lex is one of six siblings rescued from a “house of horrors” after escaping abusive parents. Now a lawyer, she spent years trying to forget her past, but, when her mother dies in prison, she must confront it. Beautifully written, moving and thoughtful.

Finally, for an uplifting read, add Kevin Webber’s memoir Dead Man Running to your Christmas list. Diagnosed with terminal cancer seven years ago, Kevin is now an ultra-runner who has tackled the most challenging terrain on earth, earning thousands for charity. Inspiring stuff.

Torrey Peters’s Detransition, Baby illuminates the courage required to live as a trans woman and Peters’s take on gender, sex, and relationships is full of wit and insight.

Peppered with magical descriptions of Cyprus, The Island Of Missing Trees by Elif Shafak explores the island’s dark secrets and tumultuous history through the death of a mother and wife, teaching us how it feels to be uprooted.

Tove Ditlevsen’s mesmerising memoir Childhood, Youth, Dependency was reissued this year with all three volumes in one. It paints a bleak but lyrical portrait of 1920s Copenhagen and recounts an impoverished childhood with Nazism on the rise.

Finally, Gayle Tzemach Lemmon’s The Daughters Of Kobani is the culmination of hundreds of hours of interviews exploring Kurdish women-led battles against Isis in Syria. So horrifying and dramatic, it reads like fiction.

In Maggie Shipstead’s Great Circle, orphan Marian goes to dangerous lengths to learn to fly a plane, only to disappear on a round-the-world flight in 1950. In the modern day, Hollywood star Hadley Baxter is cast as Marian, and her research uncovers astonishing truths about the aviator.

Set in 1785, The Infernal Riddle Of Thomas Peach by Jas Treadwell is a clever, playful mystery about a disreputable man scheming for money. But why has no one ever laid eyes on his wife? And is his new servant really possessed by the devil?

Richard Osman’s second novel The Man Who Died Twice was every bit as enjoyable as The Thursday Murder Club.

And, while many celebs spent lockdown writing a memoir, Dave Grohl’s The Storyteller stole the show. From Nirvana and Foo Fighters, from childhood to parenthood, he tells his life story with wit, insight, energy, and irresistible warmth.

Part memoir, part ode to the seasons, Wintering by Katherine May was a lifesaver during January lockdown and a welcome reminder that we all have our own “wintering” phases of retreat from life.

And three novels stood out for me this year. I was completely absorbed by Pat Barker’s The Women Of Troy which follows the aftermath of the Trojan War from the women’s perspective, making for an epic, often brutal read. Barker is a master at bringing ancient characters to life.

Project Hail Mary was another blast of pure fun by Andy Weir, about an astronaut on a mission to save mankind with the help of his alien pal.

Finally, Sorrow And Bliss by Meg Mason was recommended to me by a friend and became the book I recommend to everyone else. Despite exploring mental illness and marriage breakdown, it’s a page-turner with zingy one-liners I wished I’d thought of.