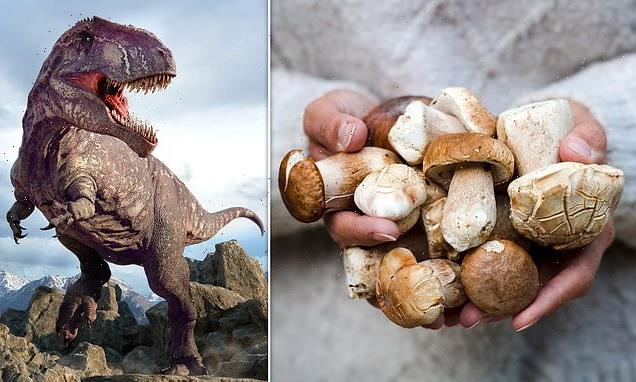 Did fungi finish off the dinosaurs? Keith Seifert explains how fungus is a force for good and evil

THE HIDDEN KINGDOM OF FUNGI

What’s the fungus count in your house? Unless you have some mushrooms in your fridge you probably think the answer is zero, but you’d be wrong. Very wrong.

Whether it’s the discoloured grout in our bathrooms, the mouldy lemon in the fruit bowl or the dandruff on our scalp, we are surrounded by fungi. And just as in a sci-fi film, they have superpowers that make them a force for both good and evil. They may even have been responsible for dinosaurs becoming extinct. 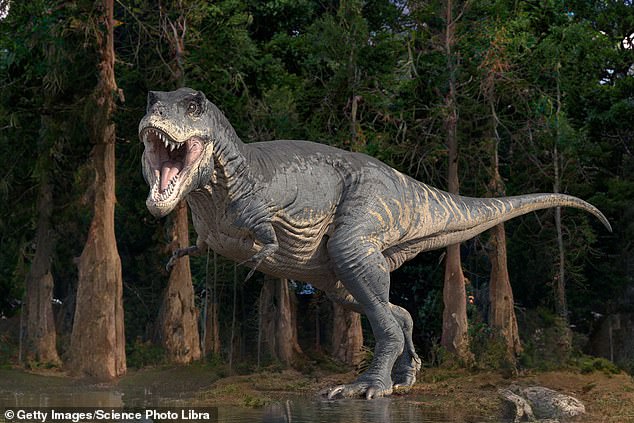 Fungi have superpowers that make them a force both good and evil. They may even have been responsible for dinosaurs becoming extinct

Fungi are more closely related to animals than plants, yet, as author Keith Seifert says, most of us dismiss them as ‘agents of decay, disease, rot and mould, soiling everything that is clean and pristine’, while ignoring the vital role they play in our ecosystem.

Without fungi, the contents of our compost bins wouldn’t rot down and produce organic matter to spread around our gardens. Dead trees, fallen branches and dropped leaves in woods and forests would just lie there without breaking down. Trees would suffer, as their roots wouldn’t get nutrients from the decaying matter around them. In fact, without fungal decomposition, plant debris would pile up endlessly and bury us all.

Fungi have changed our world in many ways. It was, of course, a mouldy Petri dish in Alexander Fleming’s lab that led, in 1928, to the development of penicillin, the first antibiotic.

Other medicines that come from fungi include a drug that enables organ transplants, and one which lowers cholesterol. Although mouldy food is repellent, fungi are important in food production. Yeast, which is a fungus, has been used for thousands of years to produce alcoholic drinks, ranging from the medieval tipple of mead to today’s beers. It’s also an essential ingredient of Marmite and soy sauce. 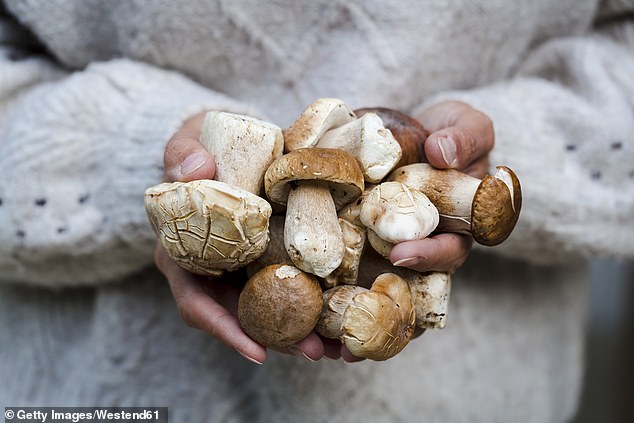 Fungi have changed our world in many ways. It was, of course, a mouldy Petri dish in Alexander Fleming’s lab that led, in 1928, to the development of penicillin, the first antibiotic

Cheeses such as camembert, brie and gorgonzola can’t be made without a type of fungus. And, of course, there are mushrooms and truffles.

Increasingly, fungi are being put to high-tech uses. Fungal enzymes are used as additives in detergents, to make biofuels and to break down plastic and other waste products. Fungal composites — known as ‘myco-materials’ — have huge potential to make a strong yet pliable material with a low carbon footprint, and are already in use in car manufacture and building construction.

Yet, as this book makes clear, fungi are both heroes and villains. Fungal infections can have a devastating effect on agriculture, and crops such as soy, tomatoes, corn, wheat and grapes can all be decimated by fungi-like powdery mildew, rust and leaf blight.

The disastrous Irish potato famine of the mid-19th century was caused by a fungus-like organism which turned potatoes into a black, mushy mess.

One theory about the extinction of the dinosaurs 66 million years ago is that they were killed off by an explosion in the number of fungi.

Mammals, who can increase their body temperature by getting fevers, were able to fight off the fungal infections and survive to become the dominant species.

It’s estimated that only 5 per cent of fungi have been classified, so who knows what secrets they may hold?

Most fungi aren’t the size of a mushroom. They are ‘microfungi’, barely visible to the naked eye, and each time we open a window, take off our muddy shoes or walk in from the garden, we are bringing these microfungi into the house. When ­Seifert examined the DNA of the dust in his house, he discovered it contained 600 different species of fungus.

Even more startling, our bodies are hosts to numerous fungi. Yeast cells cover our scalp, protecting our skin from drying out and from infection — when we start shedding too many cells, they become the dreaded dandruff.

Other undesirable fungal conditions are athlete’s foot and ringworm (which, despite the name, is caused by a fungus, not a worm). Today, twice as many people die from fungal infections as from malaria.

Seifert is a lively and enthusiastic guide to the world of fungi, and this is an eye-opening book about a world to which most of us are oblivious.