Talbingo is a small, one school-town that leads a quiet existence on the shores of a lake in the foothills of the Snowy Mountains. A perfect setting for a horror story was the thought that nagged at Shirley Barrett each time she made her annual trip there to visit relatives.

Barrett, who won the Camera d'Or for Love Serenade at the 1996 Cannes Film Festival and has more recently directed episodes of Offspring, first attempted to realise her vision several years ago with a script for a feature film. 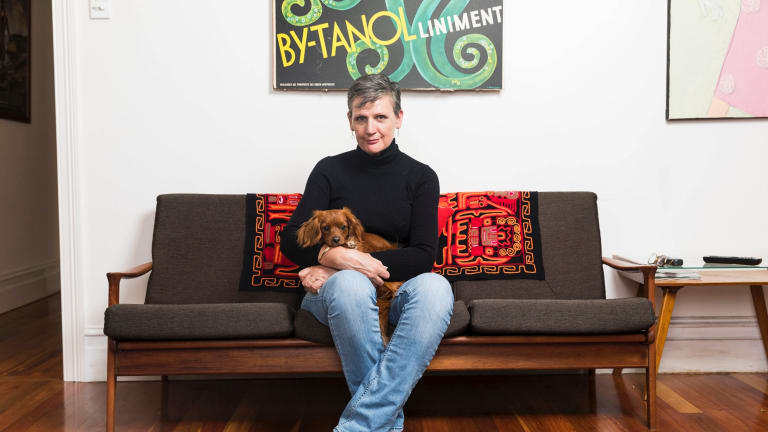 Shirley Barrett: I think I would have been really frustrated if the book was sitting on the shelf and I couldn’t put all the stuff that I’ve learned into it.Credit:Dominic Lorrimer

"So I wrote it but everyone thought it was just a bit mad and no one got into it at all," she says.

But Barrett, who lives in Sydney's inner west, had been here before. Her debut novel Rush O! – about a whaling community living on the south coast of NSW in the late 19th century – also started its life as a film script that was unable to find backing. 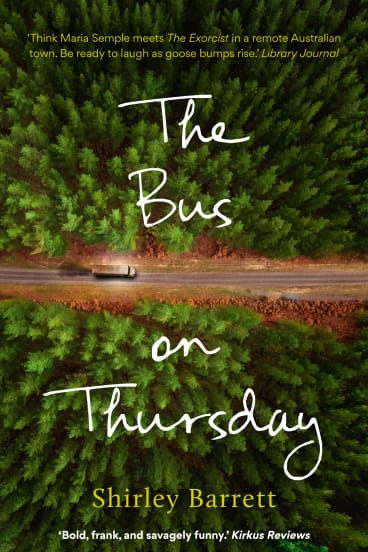 Her failed horror film metamorphosed into The Bus On Thursday, a darkly funny novel narrated by a scathing young teacher, Eleanor Mellett, who after the traumas of breast cancer relocates to Talbingo to teach at the 11-student school.

The previous teacher, Miss Barker, mysteriously disappeared. As the novel unfolds the eeriness that belies the town is revealed: Why did Miss Barker have so many locks on her door? What was her relationship with her young students? Who is actually using that old bus that huffs and puffs around the mountain on Thursdays?

A cast of creepy characters who believe that "nothing happens to a person that they do not deserve" populate the community. Cancer as a demonic presence was a premise for a horror story that had long intrigued Barrett. She channelled one of her close friends, who had a mastectomy when she was 29, for the cynical and witty voice of her heroine.

"After all, I used to have a life, a job, a boyfriend who adored me, two exceptional breasts and a one-bedroom apartment in Annandale," Eleanor says early in the novel. "Now, I'm an unemployed 31-year-old living with my mother in Greenacre. With one remaining original breast and a kind of phony-looking slightly too perky silicone lump alongside it."

But Barrett's fiction became real when she was diagnosed last year with metastatic breast cancer, sufferers of which have a median life expectancy of five years. Displaying the black humour she shares with her protagonist, Barrett jokes she was at least relieved she was still editing her novel so she could add in detail about her experiences.

"I had an opportunity to throw in a lot of stuff that was happening to me into the book. I was kind of happy. I think I would have been really frustrated if the book was sitting on the shelf and I couldn't put all the stuff that I've learned into it."

And she can now spend her superannuation – after her diagnosis the mother-of-two flew to Western Australia to snorkel with whale sharks.

"The thing about having a diagnosis of metastatic breast cancer, which is not curable, is you have to completely adjust your thinking about what the rest of your life is going to be like. You try and find some positives in that and for me one of the positives is I can spend my super. It's a liberation."

The 57-year-old was initially hesitant about speaking publicly about having cancer. She didn't want to be pitied, she says, or be "one of those people always banging on about cancer". She underwent chemotherapy as she edited the novel – "I just kind of carried on as usual except bald" – and continues to take medication that stifles the cancer. As Eleanor begrudgingly feels an imperative to "make the most of it" after surviving cancer, Barrett too says the pressure can be tiring.

"It is quite an awful pressure actually. Like I find myself, if I am idly staring at my phone or reading about the Kardashians or something, I think, 'What am I doing? This is crazy. This is not living my best life.' There is a slight pressure that you do feel to get the most out of each day, which of course is quite hard to do day in and day out. It certainly sharpens your focus in a good way."

That focus is on writing, although Barrett would be delighted to make a return to the silver screen for an adaptation of The Bus on Thursday. The rights have been optioned and Barrett is brimming with ideas. Yet she is slightly nervous about how the fair residents of Talbingo will feel about their sleepy town being home to such horror.

The Bus On Thursday is published by Allen and Unwin at $29.99.