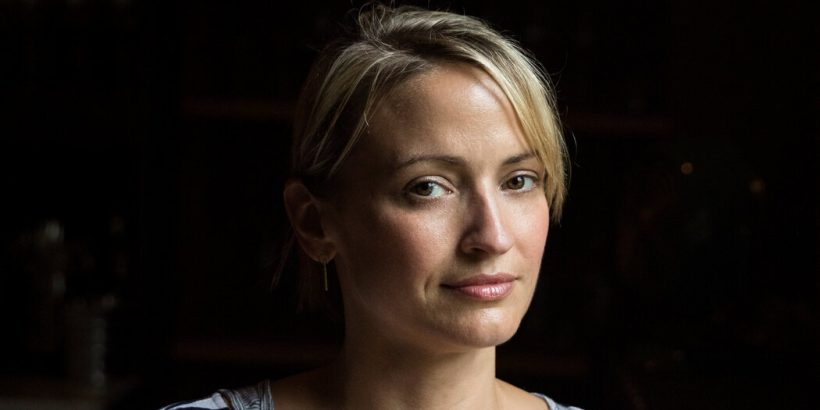 COOKING A BOOK Erin French wrote her best-selling memoir, “Finding Freedom,” the same way she composes the prix fixe menu for her restaurant: one bite at a time.

“My instincts from the kitchen helped me put things down on paper,” said the self-trained chef, who chronicles blossoming as a foodie, her struggle with addiction, the abusive relationship that led to the closing of her first restaurant and her return to her hometown, Freedom, Maine, where she opened The Lost Kitchen.

"I’m constantly planning all these dishes, but they have to come together. There’s a beginning, a middle and an end. I’ll sit down and think about flavors, how I want it to taste and feel,” French explained in a phone interview. “When I was writing, it was overwhelming to think about the whole book, so I’d go back to individual moments, one at a time, instead of putting the whole menu out there at once.”

She added, “I never even graduated college. There are parts of me that were like, What are you doing? But I needed to get these words down. They came together in the end.”

As French pointed out, “Finding Freedom,” now No. 9 on the hardcover nonfiction list, is not a “cheffy memoir”; think “Wild” with whisks and buttery mashed potatoes instead of hiking boots and breathtaking views. In sharing her survival story, French hoped others wouldn’t feel “so alone or stupid or vulnerable.” Since its publication, French has heard from readers in the culinary universe and beyond: “The people who have been reaching out have been moms who got pregnant early, or women who have been in toxic relationships, or parents who have seen their own children struggle. I’ve also gotten messages from people in the food industry who know that feeling of not eating because you’re thinking about food all day and you don’t stop to take care of yourself.”

These days, French survives on “100 percent takeout” as she launches both the book and an online store. (She mentioned a banh mi from a local meat store and fried chicken sandwiches “from a place down in Tenants Harbor that we’re obsessed with.”) French said, “People think I’m making these beautiful dishes for myself and, the truth is, sometimes I go home and I’m microwaving some Annie’s. What I cook for myself doesn’t necessarily correspond with what people imagine. It’s definitely more of a, ‘Put whatever you can in your stomach when you can.’”