Footprint that was a mum’s only memento of her son: Author gives a fascinating insight into the history of Britain’s peat-cutting families in new tome

One hundred years after her father had left Lewis to emigrate to America, Angus Gillies’s daughter Marion returned to the Hebridean island, aged 90.

Her cousins led her out on to the moor where generations of their family had cut peat to burn as fuel. At a particular spot, they lifted the top turf to reveal the perfectly preserved footprint of her father.

As Marion placed her own foot on to the peat beside it, her cousins explained that on the day Angus left Lewis, his mother had sent him out to cut peat for the fire and, on her next lonely visit to the moor, laid the turf back over the hollow memento of the son who would never return to his homeland. 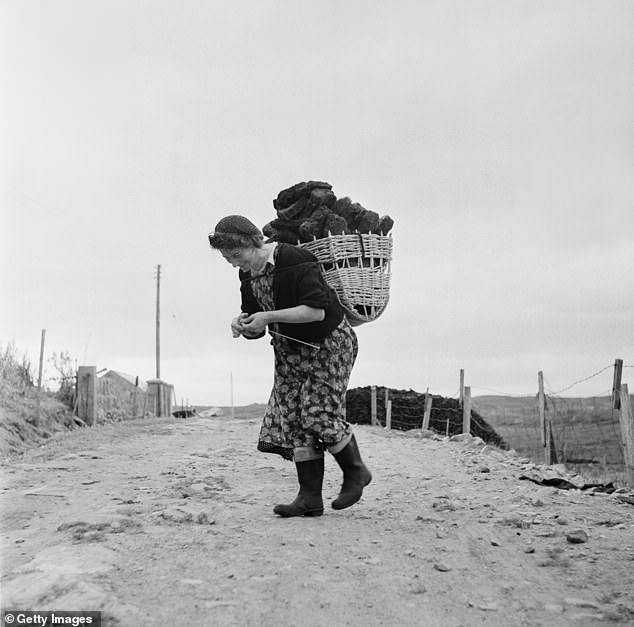 Robin A. Crawford explores the history of cutting peat to burn as fuel in a new book inspired by his marriage to a woman from Lewis (file image)

Robin Crawford is an art historian-turned-bookseller, whose interest in the region began when he married a woman from Lewis. Always drawn by built structures in the Scottish landscape (from standing stones to hydroelectric dams), he found himself fascinated by the peat stacks that grew and dried under wide, windswept skies from May to August and dwindled during the long, claustrophobic island winters.

Peat, made up of layers of decomposing sphagnum moss, is still an essential part of life for many people. It takes a cool, wet, oceanic climate to make a good peat bog, which explains why 20 per cent of Scotland — nearly 2 million hectares, predominantly in the north and west of the country — is classified as peatland.

In summer, a few peatlanders still cut, catch and throw for six days of the week. At lunchtime the best tablecloths are spread across the heather and weighed down with herring, potatoes, scones and bannocks, while dark tea is poured from black kettles left to stew on peat fires throughout the day. Crawford makes you yearn for a sip of golden whisky whose barley malt has been smoked over a rich, peaty fire.

But in the old days, peat-cutting could be bitter, back-breaking work that had to continue whatever the weather. You can see that in the faces of the Victorian women, photographed with creels of peat on their shoulders, knitting as they tramped their load across the bog.

Children were also required to play their part, and not all survived the treacherous landscape. Little feet that tarried too long could be sucked down into the bog. 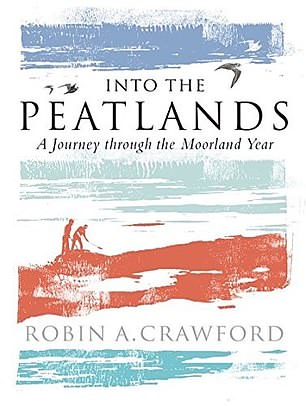 To keep their children close, the heath folk — or ‘heathens’ — told scary stories of a flesh-eating creature with the head and hooves of a horse and the tail of a fish.

Crawford recounts an old tale of the creature chasing a peat-cutter’s daughter across the bog, only to be foiled when she cast her wool behind her, tangling the demon’s hooves and allowing her to flee to safety. Modern peatlanders continue to walk a fine line between continuing their traditions and protecting their precious landscape.

Throughout the 20th century, bogs were scarred in the attempt to make peat a rival to coal and drained to make way for new houses. Gardeners like me now try to buy peat-free compost to help preserve the peatlands.

Not only are they unique and ancient ecosystems, where the rich insect life dwelling among the bladderwort and sundew includes the orange-spotted Scotch Argus butterfly and Rannoch’s Brindled Beauty moth, but the moors’ ability to capture carbon dioxide offers a partial solution to global warming. We must respect the boglands.