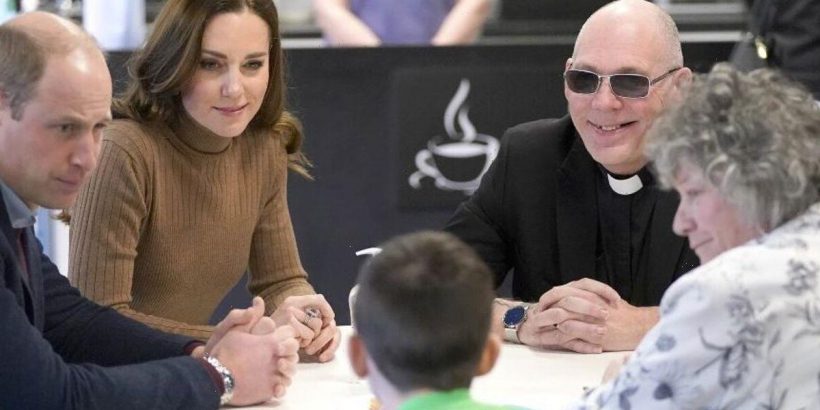 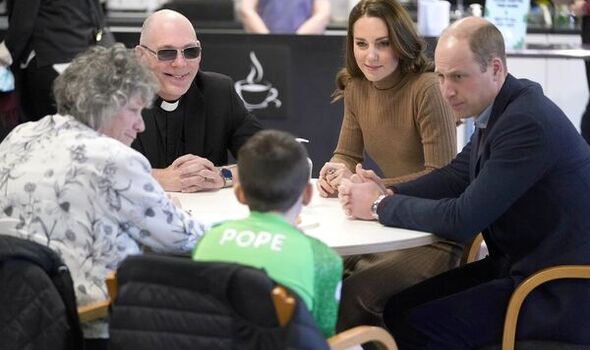 For the founder of Church on the Street is a former drug dealer and gangster, twice arrested on suspicion of murder, who turned his life around after finding his faith.

With his dark glasses and dog collar, Pastor Mick Fleming made an unlikely chaperone for the royal couple. Yet despite his fearsome reputation, the former criminal has proved an inspirational presence in his native Lancashire.

In his 20s, Pastor Mick was a well-established underworld fixer and drug dealer. Today, he dedicates his life to helping those in need. These include Deacon Glover, 11, whose mother Grace, 28, died during the pandemic. Her funeral was taken by Pastor Mick and paid for through donations to his organisation.

Speaking to grieving Deacon and his great grandmother Carole Ellis during the visit in January, Prince William told the youngster: “I lost my mum when I was 15, it’s difficult but it gets easier, I promise you.”

He added: “I can tell you something – never stop talking about her. Keep her alive in your memory, in your heart.”

As Pastor Mick recounts today, it was a special moment. “There was a bond between them,” he says. “Nobody had ever said to Deacon, “I lost my mum as well”. I watched the start of the healing for Deacon right there. I thought it was beautiful. It made a difference.”

Later as chairman of the Football Association, Prince William was able to arrange for Deacon to visit the director’s box at Burnley FC and meet his idol, goalie Nick Pope. 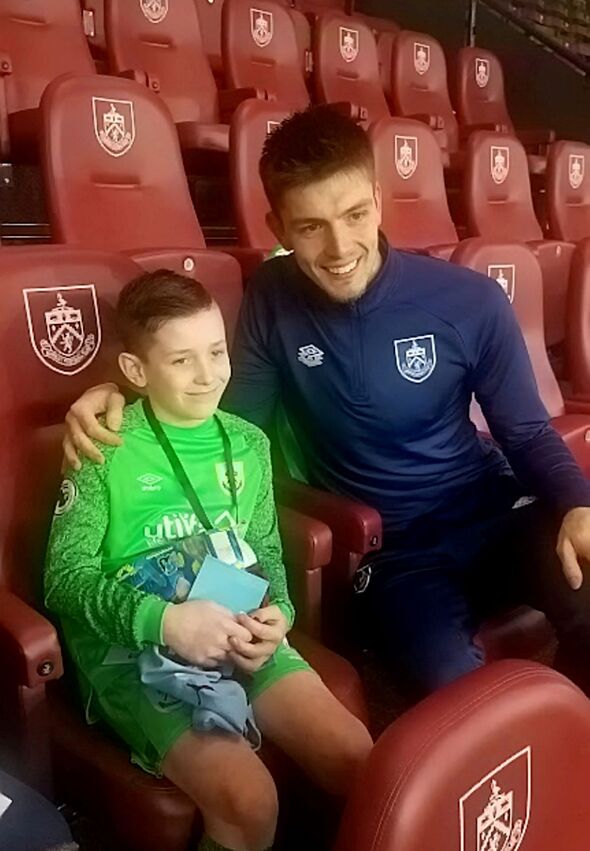 “Prince William was true to his word,” recalled Mick. “Deacon got to meet the goalie and got a signed shirt and gloves. Something wonderful had come out of all that pain. He had the time of his life that day. Pain disappears when you are using it for good. That is what my faith is.”

The royal visit was the validation of Mick’s incredible transformation, helping win over any last naysayers who doubted his conversion from crook to community hero.

Just 18 months earlier, while conducting Bible services in a car park next to the local police station at the height of the pandemic, sceptical officers challenged him about breaching lockdown rules after just a few weeks of the open-air services.

Mick recalls how one officer demanded: “What are you doing? It’s illegal.” In response, he simply opened the back of his van to prove he was delivering food to people in desperate need.

“The police got into their vans and off they went,” he says. “Church on the Street was alive. We’d found a way to do church when all the others had closed.”

Now Church on the Street, founded in 2019, has found a permanent home in what was a gym in the Lancashire former mill town. A BBC documentary on Pastor Mick’s work in December 2020 brought in a staggering £250,000 worth of donations. 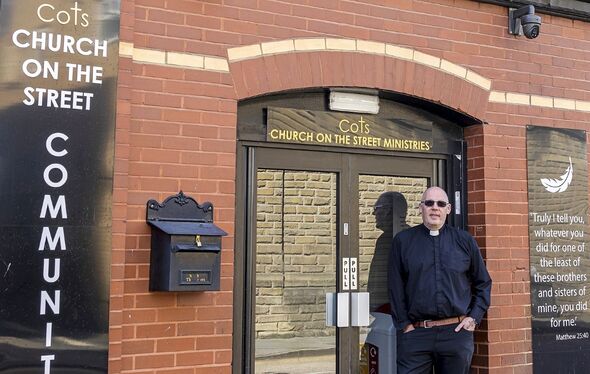 But the high-profile royal visit which followed might never have happened. When one of Prince William’s staff first called him from Kensington Palace, Mick misheard, thinking they might be calling from Crystal Palace the football team. It was only during a subsequent Zoom call that the penny dropped.

“I love the royals but with my past I never thought they’d let a royal come within 200 yards of me, never mind shake my hand and stuff,” he says. “I thought it was a bit mad.”

At the height of the pandemic, Mick began using some of the money donated to Church on the Street to pay for funerals for those who could not afford them. As he told the royal couple: “If we hadn’t been here or something like us hadn’t been here, then I daren’t even think…”

We are talking today because Mick has relived a lot of personal pain to write a memoir, Blown Away: From Drug Dealer to Life Bringer. Born in Burnley, his Irish Catholic parents were keen churchgoers. As he was the only son with several sisters, he was a mummy’s boy, soft natured, shy and sensitive.

When he was 11, a stranger dragged him off the street and raped him. Just as he was about to tell his father his 20-year-old sister Ann suffered a fatal heart attack.

Unwilling to add to the family grief, he kept his ordeal to himself, taking his mother’s painkillers to dull his own agony. It was the start of a journey into addiction. 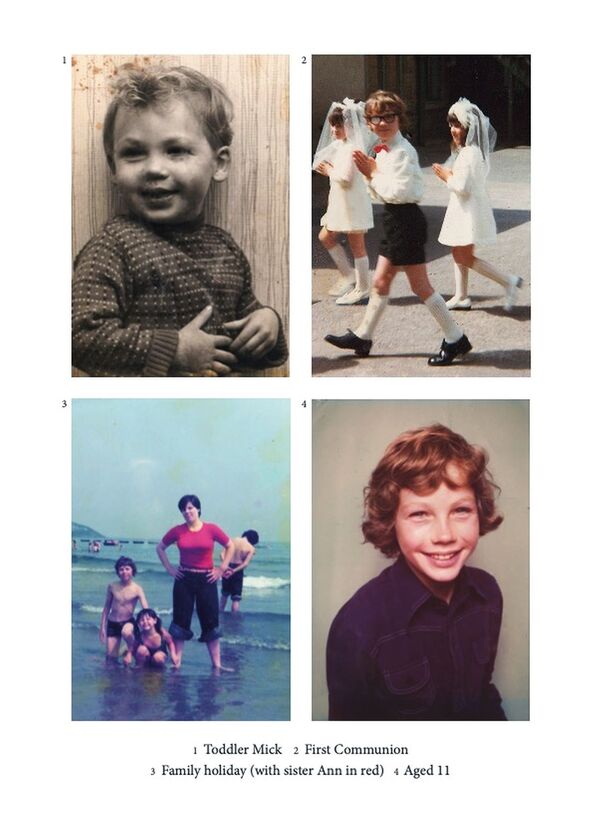 “I started stealing,” he confesses. “I became a really good criminal. By 15 I was earning more money than my dad. I used to put a jacket over the chair in my bedroom to practise stealing a wallet out of the pocket.”

By 17 he was an alcoholic and drug addict and his life spiralled into chaos over the next few decades. He became a coldhearted, muscle-bound drug dealer who operated in Liverpool, Manchester and Glasgow with major crime gangs.

“I have been arrested for every serious offence you can think of,” he admits with candour. They were leading the life of hurting other people, so drug dealers or whatever.

“I have been fortunate not to be doing really big long sentences. I call it a blessing but on the other hand I think I have done a life sentence in my head. I had many guns. In the world where I was working it was so easy to get firearms.”

He was never charged with murder, but in his warts-and-all book, Mick recounts an epiphany during one gangland job when he was sent to recover a debt from a man who he knew attended a gym.

“I had a firearm wrapped in a carrier bag,” he recalls. “I watched him walk out of the gym. He had two kids with him, two young children, blonde girls, around five years old. I got out of the car, and walked, my hand reaching into the plastic.

“But then I looked again at the children, again at their faces, their blonde hair, innocent kids. Then it happened.” Mick describes in detail seeing a blinding light coming from one of the children’s hands.

“It was white, brilliant white. For 15 seconds I couldn’t see,” he says. “It was like looking into the sun and I was paralysed by it.”

Mick does not know what really happened to him that day, but this was the moment that changed his life forever. “I started to shake, sweat and be sick and they walked straight past.”

Engulfed by turmoil, he drove off and pulled into an industrial estate, where he prayed.

“Nothing happened so I punched the radio, headbutted the steering wheel. I shouted, “Where is this God? Am I just too evil?”‘ At that point I put the gun under my chin. I pulled the trigger. It didn’t go off.

“I felt at that moment that the God who I had shouted out to had answered that prayer because the gun didn’t fire.” 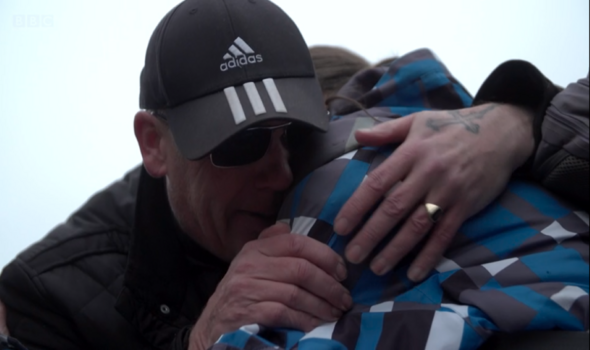 He pauses: “I wish I could say I never took a drug or a drink again, but it was the beginning of the end.”

His long and painful journey to recovery began at a subsequent meeting for drug and alcohol addicts, as he put his faith in God.

Later, when he saw his childhood attacker in a fast food restaurant, he was torn whether to forgive him or kill him.

“I put a knife up my sleeve,” he says today. “I was going to kill him. I was going to stick the knife right into his neck.” But when he spoke to the man, who did not recognise him, he changed his mind and instead helped his assailant seek help for chronic alcoholism.

“I never told him he was the man who raped me. I had a choice and I chose to forgive. It changed my life.”

As his faith deepened, he studied theology as a mature student at a Christian College linked to Manchester University.

It was then Mick discovered he had dyslexia and a sight problem, which is now helped by wearing dark glasses.

He started his ministry by sitting by a McDonald’s restaurant and befriending the homeless and hungry. Now his Church on the Street is a hive of activity, thanks to donations from those who have been inspired by his message of faith and hope.

“There is no other church in the world like ours,” he said proudly. “The NHS works from here, giving health checks to the poor. An NHS mental health team works with us as well. We have rehab support here as well to help people with addictions.

“There is hot food available seven days a week and we have a huge food bank. We have showers and washing machines and dryers to help the homeless and others.

“A lot of prostitutes come in and we have hair a hairdresser who comes in to do men’s hair. Every Sunday, in the middle of all this, I do the church service. It works.

“We see lives changing. We see people getting sober and going on to work. Five people have gone on to get degrees. It’s phenomenal.” 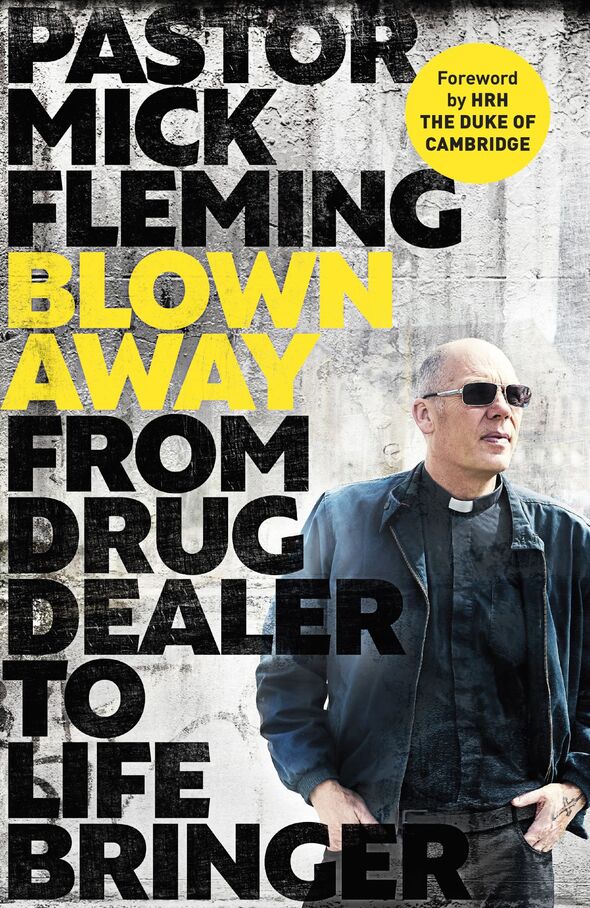 Mick’s third wife, Sarah, is in remission from cancer. A former addict, she helps at the church as well by doing ladies’ nails and offering support to the vulnerable.

Pastor Mick is delighted Prince William has written a foreword to his book, which sums up the ethos of the church.

“It’s impossible to visit Church on the Street and not be deeply moved by the work the organisation does for those in need,” writes the new Prince of Wales.

“It is an extraordinary place that has been an important refuge and place of safety for so many. Often, it is only by sharing our problems and being honest with ourselves that we are able to heal and overcome life’s challenges.

“And by doing so, we find just how deep the bonds we share are.”