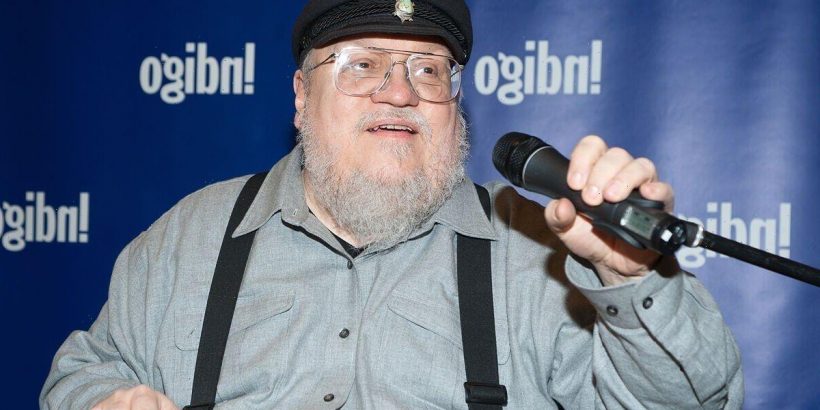 Game of Thrones fans have been longing for some new information about the next instalment in the Song of Ice and Fire series, The Winds of Winter, for months. Author George RR Martin has been slowly chipping away at the gigantic tome, but he has just given his first major update this year. Unfortunately, it’s not all positive news.

Martin appeared on a YouTube live stream earlier this week with Penguin Random House, the book publisher he is working with to release The Winds of Winter.

During his chat with the hosts and the thousands watching on the live stream, he opened up about his progress on the book that fans have been hoping to get their hands on for over a decade.

He confessed: “It’s a big, big book, I’ve said that before. It’s a challenging book. It’s probably gonna be a larger book than any of the previous volumes in the story. Dance with Dragons and Storm of Swords are the biggest books so far with 1,500 pages but I think this one is going to be longer than that by the time I’m finished with it.”

After a pause, he gave a firm update on his progress with Winds of Winter.

Martin said: “I think I’m around three-quarters of the way done – maybe.”

This is of course incredible news for fans of the series. If the book will be a little more than 1,500 pages, then he could have around 1,200 pages completed.

He went on to assure his diligent fans that he is working hard on the book and that he will have it finished as soon as he can.

The 74-year-old author added: “It’s in progress. I’m working on it, it’s creeping forward. One day it will be done, and then it will come out.”

He then joked: “Then, the next day, someone will tweet me: ‘When will we see A Dream Of Spring?!'”

Unfortunately, not every update he gave was positive. He was quick to add that there was still a major hurdle in the book’s release.

Martin noted that the work he is putting into The Winds of Winter still has a chance of being hindered by his publishers.

He said: “Then there’s the issue of my friends at Random House. When I deliver this monstrous book, are they going to make me cut it in two? We’ll find out about that.”

This would not be the first time one of Martin’s books has been split in half over the course of this book series.

Both the aforementioned tomes, A Dance With Dragons and A Storm Of Swords, were split into two books in the UK and Ireland.

The same could happen to The Winds of Winter – but will the two halves of the book be released at the same time? Or could there be a delay between the instalments?

Either way, despite the update, Martin was adamant he would not predict when he was due to finish the book anymore.

He berated his fans for constantly asking him when the book was due for release.

“I’ve given up making predictions,” he confessed. “People press me, and press me: ‘When is it going to be done?’ [Then] everybody gets mad that I lied.”

Martin assured his fans and viewers of the live stream he has “never lied” about the book’s release date.

“They’re the best I can make,” he added. “But I guess I overestimate my ability to get stuff done, and I underestimate the amount of interruptions and other projects and other demands that will distract me, and so on. It’s in progress.”

The Winds of Winter does not yet have a release date.