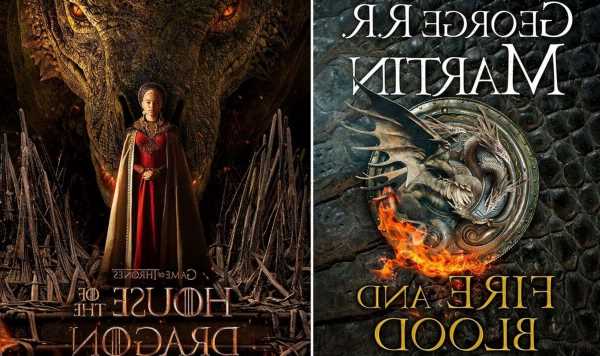 In his latest blog post, George RR Martin praised House of the Dragon’s cast and crew for helping to “brighten my Sundays”. He especially highlighted Paddy Considine’s portrayal of King Viserys, saying: “The character he created (with Ryan and Sara and Ti and the rest of our writers) for the show is so much more powerful and tragic and fully-fleshed than my own version in FIRE & BLOOD that I am half tempted to go back and rip up those chapters and rewrite the whole history of his reign. Paddy deserves an Emmy for this episode alone. If he doesn’t get one, hey, there’s no justice. Meanwhile, I am going to give Archmaester Gyldayn a smack for leaving out so much good stuff.”

Martin did clarify: “(No, I am not really going to rewrite FIRE & BLOOD, that was a jape). ((And no, I am not going to assault Archmaester Glydayn, who does not actually exist.  I made him up)).”

The 74-year-old admitted he thought that House of the Dragon has handled the big time jumps in Fire and Blood very well, saying: “I love love love both the younger Alicent and Rhaenyra and the adult versions, and the actresses who play them. (Truth be told, we have an incredible cast, and I love all of them).”

However, he lamented that the TV format doesn’t allow for exploring plot points from Fire and Blood he would have liked to have seen.

Get Sky Atlantic on Sky Q

House of the Dragon will be shown exclusively on Sky Atlantic – a channel that’s not available on rival set-top boxes, like Virgin Media TV V6. As such, you’ll need to sign-up for Sky Q (an award-winning 4K box) to get access to the channel. You’ll also enjoy a Netflix subscription, live channels like Sky Crime, Sky Comedy, and Sky Sci-Fi, and 500 on-demand boxsets from HBO, Peacock, and Sky Originals.

Get Sky Atlantic on Sky Glass

If you want to watch House of the Dragon on the latest hardware from Sky, you can get Sky Atlantic (as well as a Netflix subscription, hundreds of on-demand boxsets, and free access to US streaming service Peacock) on Sky Glass for £39 per month. That includes the custom-designed 4K QLED TV with built-in Dolby Atmos soundbar in a range of colours.

You’ll need to be a BT broadband customer to take advantage of this incredible deal, although new and existing customers are both eligible. Until August 25, BT is offering telly fans the opportunity to secure a Netflix subscription, NOW Entertainment Membership (Sky Atlantic, Sky Crime, Sky Documentaries, Sky Max) and a BT TV Box Pro for under a tenner. Better yet, this discounted price is locked-in for the duration of the contract. BT will waive the upfront fee too!

Martin said: “Do I wish we’d had more time to explore the relationship between Rhaenyra and Ser Harwin, the marriage of Daemon and Laena and their time in Pentos, the birth of various and sundry children (and YES, Alicent gave Viserys four children, three sons and a daughter, their youngest son Daeron is down in Oldtown, we just did not have the time to work him in this season), and everything else we had to skip? Sure.”

In the show, Queen Alicent has Aegon, Helaena and Aemond with King Viserys Targaryen. In Fire and Blood, Daeron – who has been cut from House of the Dragon as mentioned by the author – is a dragonrider and most popular of the children, who only lives 16 years before dying in battle.

Nevertheless, Martin admitted: “But there are only so many minutes in an episode (more on HBO than on the network shows I once wrote for), and only so many episodes in a season. Fewer and fewer as time goes by, it seems… If HOUSE OF THE DRAGON had 13 episodes per season, maybe we could have shown all the things we had to time jump over… though that would have risked having some viewers complain that the show was too ‘slow’, that ‘nothing happened.’”

Martin added: “As it is, I am thrilled that we still have 10 hours every season to tell our tale. (RINGS OF POWER has only 8, as you may have noticed, and my AMC show DARK WINDS is doing 6 episode seasons). I hope that will continue to be true. It is going to take four full seasons of 10 episodes each to do justice to the Dance of the Dragons, from start to finish. But right now, Ryan Condal’s focus is on HOT D season two, and mine is on THE WINDS OF WINTER.” Here’s hoping his Game of Thrones novel gets a release date sooner rather than later.

House of the Dragon is streaming on NOW.