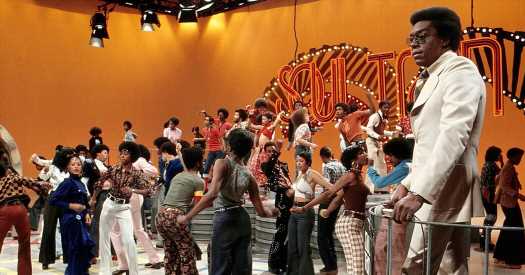 John Hartford Armstrong was a Black conjurer. In the 1920s and ’30s, he traveled up and down the Eastern Seaboard performing magic tricks for Black audiences that would pack into churches to watch him make things disappear. One of the highlights of his show was his daughter, Ellen Armstrong, who joined as her father’s assistant when she was just 6 years old. Later she developed her own bit, zigzagging through the crowd professing to be a mind reader. She’d touch people’s heads and claim to know what they were thinking about the person sitting next to them. Ellen’s father, known as the “King of the Colored Conjurers,” died suddenly in 1939 when she was 25. Everyone expected the show to end, but Ellen kept it going for another 30 years. Perhaps it was her most impressive trick.

Ellen Armstrong is one of multiple extraordinary Black performers whose lives are chronicled by Hanif Abdurraqib in his new book, “A Little Devil in America: Notes in Praise of Black Performance.” In it, this poet, cultural critic, essayist and music buff uses the tales of Black performers to make poignant observations about race in America while using Black performance as a metaphor for the transcendent imagination, gliding through television, music, film, minstrel shows, vaudeville and even space. The book is also a candid self-portrait of Abdurraqib’s experience as a Black man, written with sincerity and emotion.

Sun Ra, the avant-garde composer, is among the Black performers profiled by Abdurraqib. He was born Herman Poole Blount in 1914 Birmingham, Ala., and named after another popular Black magician of the early 20th century, Black Herman. Black Herman’s main act was being buried alive. And apparently he was so good at it that when he died onstage in 1934, no one in the audience believed he was truly dead. Sun Ra wasn’t a magician, but he did claim to have experience on the other side. In his case that meant in space. He liked to tell people he had been abducted by aliens who sent him back down to Earth “to speak through music.” His music became a conduit for Black people and the cosmos. “I’ve run out of language to explain the avalanche of anguish I feel when faced with this world, and so if I can’t make sense of this planet, I’m better off imagining another,” Abdurraqib writes.

Josephine Baker was earthbound, but no less remarkable in Abdurraqib’s eyes. She dropped out of school, became a waitress and performed on street corners hoping for a big break. At times she was so broke she would rummage through garbage for food and shelter. She eventually made her way to Paris at 19, when the city was still in love with jazz and Black culture. And yet what fascinates Abdurraqib about Baker is what happened after her success. Baker became a spy for the French Resistance during World War II, hiding freedom fighters in her basement and using her charms to get men in power to reveal intelligence to her. America couldn’t offer her a big enough stage. But in France, “she crafted the version of herself that felt most true to what she wanted.”

Baker and Sun Ra are both well-known Black artists, but Abdurraqib also peppers his book with less familiar examples of great Black performers. William Henry Lane, a.k.a. Master Juba, was an entertainer with the ability to mimic any dance move he laid his eyes on. When Charles Dickens caught his act during a visit to America, he called him “the greatest dancer known.” So when P. T. Barnum needed a replacement for an Irish-American clog dancer in one of his minstrel shows, Master Juba got the gig, recreating the white man’s steps, which he had ripped off from African dance anyway. The clog dancer never got over being replaced by a Black man and frequently challenged Master Juba in dance competitions. Of course, Master Juba almost always won. 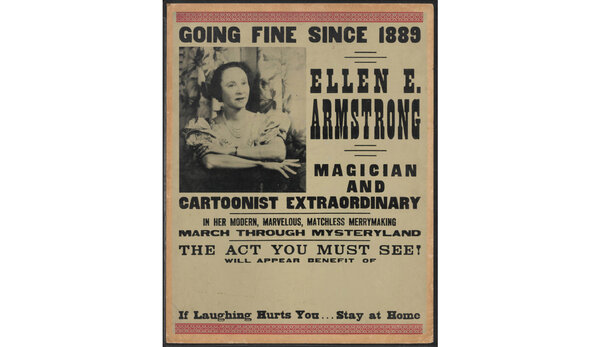 The irony of a white man performing in blackface for so long that he believed he was better at “Negro dancing” than actual “Negroes” is not lost on Abdurraqib. “There will always be an audience wanting a Black face, but not necessarily a Black person,” he writes. And even when the audience tolerates a Black person, it may be for the wrong reasons. Dave Chappelle walked away at the height of his career when he noticed white people “laughing too loud and too long” at his jokes, making him question whether he was the comedian or the punchline.

Abdurraqib also notes that there has never been a shortage of Black people willing to perform their Blackness for the right audience. Bert Williams, the vaudeville comedian, wore blackface to get a job at the Ziegfeld Follies, performing his Blackness so well that white critics said he “transcended race” and seemed “almost detached from his race altogether.” Abdurraqib recalls an episode of “The Fresh Prince of Bel-Air” in which Carlton is rejected from a Black fraternity by its president because he is “Not Like the Other Blacks.” Abdurraqib points out that by the end of the episode, the audience is left wondering if it is Carlton, the Tom Jones-loving prep, or the dashiki-wearing fraternity president who is the one performing his Blackness.

Here’s where the book gets more interesting. Abdurraqib acknowledges that he knows what it’s like to be in Carlton’s position and “dislocated from a specific set of Blackness.” The more challenging issue, he confesses, is that he has also been the fraternity president, forcing other Black people to hew to his expectations when, as he puts it, “we are all outside the borders of someone else’s idea of what Blackness is.”

It’s one of the more powerful observations in the book, and it’s reinforced by each of the lives Abdurraqib captures so well. “The problem is that there is no way to prove oneself Black enough for every type of Black identity in the States, let alone the world,” he writes. It’s a lonely proposition and Abdurraqib doesn’t pretend to have any solutions. Rather, he is left thinking “how crucial it is to love Black people even when feeling indicted by them. Even when that indictment is not out of love (which of course it sometimes is), but out of them clocking you for a standard you are not capable of rising to.”

Abdurraqib has written an important book on the transformative power of that kind of love. Where it falters are the moments when he yanks the reader from one pop culture reference to the next at breakneck speed, jumping from astrology and the moon to Michael Jackson and the moonwalk; spacesuits and Patti LaBelle to space travel and Billy Dee Williams; 40 ounces and Afrofuturism to Trayvon Martin and the Columbia shuttle disaster.

Whiplash may occur, but it’s worth following along. Those not interested in Abdurraqib’s musing on “Green Book” and Altamont may find themselves moved by his aching writing on his family — leading to the book’s devastating final chapter — and particularly his mother, whose death he also wrote about in a previous book. Here he describes the way she laughed and how he could tell her mood by the way her steps carried through their home in Columbus, Ohio. He remembers watching her taking off her hijab and picking her black Afro until it was big enough to look “like a whole black planet.” Her presence acts as a sort of spirit guide. She is joined by Don Cornelius, the creator of “Soul Train,” who died by suicide in 2012.

Before he started “Soul Train,” Cornelius was a journalist who understood that music was the backbone of the civil rights movement and saw his show as a place where its ideas might evolve. Abdurraqib recounts watching reruns and studying the legendary “Soul Train” Line, in which dancers shuffled and twisted, flipped and dived in between two solid lines of fellow dancers clapping their hands and waiting for their turn to show out. The “Soul Train” Line is the ultimate Black performance in Abdurraqib’s book: “Black people pushing other Black people forward to some boundless and joyful exit.”