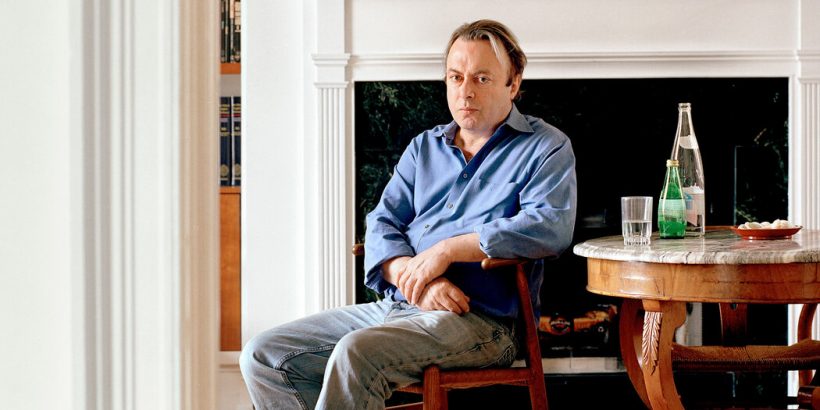 Stephen Phillips was doing dishes and listening to the podcast “A Life in Biography” one evening last fall when he learned why some people were not responding to his emails.

He is writing a book for W.W. Norton about the writer and polemicist Christopher Hitchens, who died in 2011. But Carol Blue-Hitchens, the author’s widow, and Steve Wasserman, his literary agent, were not planning to participate in Phillips’s project, the podcast explained, and they encouraged family, friends and colleagues not to talk to him either.

“We are aware that a self-appointed would-be biographer, one Stephen Phillips, is embarked on a book on Christopher,” they wrote in an email, which The New York Times reviewed. “We read his proposal and are dismayed by the coarse and reductive approach. We have no confidence in this attempt at the man in full. We are not cooperating and we urge you to refuse all entreaties by Mr. Phillips or his publisher, W.W. Norton.”

It is not uncommon for family members to feel protective of a loved one’s memory, particularly when approached by a biographer. But circulating a letter encouraging others to rebuff the writer has struck some in literary and publishing circles as unusual, especially given Hitchens’s confrontational stance on topics such as atheism, the Iraq war and whether women are funny.

Hitchens, born in 1949, was an author and speaker whose fluid writing, outsize persona and exuberant contravening of sacred institutions — his targets included Henry Kissinger and Mother Teresa — made him a polarizing public intellectual and one of the best-known journalists of his generation. Last summer, W.W. Norton bought Phillips’s book, tentatively titled “Pamphleteer: The Life and Times of Christopher Hitchens,” and planned to release it in 2022. Like Hitchens, Phillips is British but has lived for many years in the United States. This is his first book.

“I was impressed by the framing of Stephen Phillips’s proposal for a book on Hitchens, his plans for researching it, the cultural issues the proposal raised and the way that some of the issues Hitchens himself both wrote about and represented resonate to this day,” said John A. Glusman, the editor in chief of W.W. Norton. “And of all the biographies I’ve published, I’d be hard pressed to point to one that was authorized by the estate.”

In an article in The Nation published on Friday, David Nasaw criticized the letter by Wasserman and Blue-Hitchens as “engaging in a sort of pre-emptive censorship, intended to frighten away not just this one writer but any others who might not, for one reason or another, pass muster with them.” A two-time Pulitzer finalist for his biographies of Andrew Carnegie and Joseph P. Kennedy, Nasaw said that when working on such books, family members and executors do sometimes try to interfere but usually with more subtlety.

“It’s really counterproductive in a dozen ways,” he said in a phone interview. “These are smart people, and they had to have known that all this was going to do was heighten interest in the biography and in the writer — and encourage people to talk. I don’t quite get it.”

Often, Nasaw said, family resistance takes the form of refusing to allow the biographer to reprint articles or book excerpts, or maybe a round of phone calls to dissuade others from participating. But it can be more extreme. Kitty Kelley, who has written biographies about Oprah Winfrey, the Bush family and the British royal family, was sued by Frank Sinatra while she was working on a book about him. (A year and many lawyers later, she said, he dropped it.)

Kai Bird, a Pulitzer-winning biographer, said that the subject of his first book, John J. McCloy, a powerful Wall Street lawyer, wrote a letter to the editor in The New York Times Book Review in 1982 advising people not to participate in the project. McCloy also took Bird’s editor, Alice Mayhew, out to lunch and tried to convince her to kill the biography, saying he could write a memoir himself. It didn’t work.

In an email, Wasserman said that he and Blue-Hitchens stood by their words. “Just because Mr. Phillips has a contract to write his book in no way entitles him to the cooperation of others,” he wrote.

Peter Hitchens, Christopher’s brother, and a journalist and author himself, said that he has spoken with Phillips for the project. He said that he received an email from Wasserman about it but saw no harm in cooperating.

“My view has been for a long time that there ought to be a biography,” he said. “And as far as I can tell, this guy seems to be a straightforward person with a good record as a writer, intelligent, knowledgeable. Why not him?”

Phillips, in a phone interview, said that the efforts to close off the inner circle to him could create a reporting challenge, as those closest to Hitchens may be the most inclined to respect the estate’s wishes.

“There is a tendency when a project comes under this kind of pressure for it to skew negative,” Phillips said. “The people who this would have chilling effect on are people who have nice things to say, so you wind up disproportionally with people who are ambivalent or have a negative take. I am determined to resist that.”

Phillips’s project will not be the first book written about Hitchens since his death. In 2016, Larry Alex Taunton, an evangelical writer, published “The Faith of Christopher Hitchens: The Restless Soul of the World’s Most Notorious Atheist,” in which he wrote that Hitchens was open to believing in Christianity, a claim he based primarily on conversations he had with Hitchens during two long car trips. Wasserman, Hitchens’s literary agent, disagreed vehemently with Taunton’s conclusions, saying that “unverifiable conversations” are made to “contradict everything Christopher Hitchens ever said or stood for.”

As for “Pamphleteer,” Phillips said that while the efforts to stop people from talking have created a “headwind,” his work is moving forward.