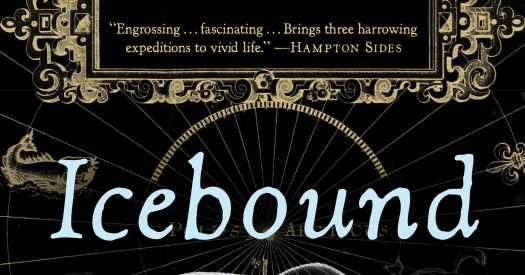 ICEBOUND
Shipwrecked at the Edge of the World
By Andrea Pitzer

Europeans once dreamed of an open sea at the top of the world. In 1606, Gerard Mercator, arguably the most famous cartographer of his time or any other, published a top-down map of the earth as he understood it. At the center of Mercator’s North Pole stood a magnetic mountain that pulled all compass needles northward; whirling around the mass of gray rock was a warm sea ringed by a thick circle of ice.

At the time, no one had a clue what the poles looked like. Mercator based his map on a theory proposed 1,800 years earlier by Pytheas, the first Greek to breach the Strait of Gibraltar and check out the Atlantic for himself. Pytheas sailed up the west coast of Europe, circumnavigated the British Isles, then continued north until he hit ice, possibly Iceland. Beyond that, he theorized, might be a free-flowing sea.

Pytheas’ travelogue was picked up by Pliny and others. Uncontested over centuries, his polar sea theory hardened into fact. Thoughts of that undiscovered ocean at the top of the world marinated in European imagination throughout the Middle Ages until the Portuguese found they could sail around Africa and into the Indian Ocean, prompting a trade route bonanza.

By the 16th century, European ships were poking into every bay, inlet and river. If there was a navigable ocean at the pole, it could provide a shortcut to Asia. In 1594, Dutch investors bet big on that theory, commissioning the cartographer William Barents to lead an expedition to the northernmost tip of Norway and then east over Russia in search of a northeast route. If they were right, Barents would make the Dutch phenomenally rich.

In her new book, “Icebound: Shipwrecked at the Edge of the World,” the journalist Andrea Pitzer chronicles Barents’s three attempts to find a mythical passage to Asia. As part of her research for the book, Pitzer joined three Arctic expeditions between 2018 and 2020, including two sailing trips retracing Barents’s voyages. She also had access to enviable sources to reconstruct the story, including Barents’s own ship’s log; the journals of Jan Huygen van Linschoten — a cartographer who published Portuguese trade-route secrets he’d memorized while serving in India; and the diary of the ship’s officer Gerrit de Veer, who accompanied Barents and perished on the way home during the third expedition. 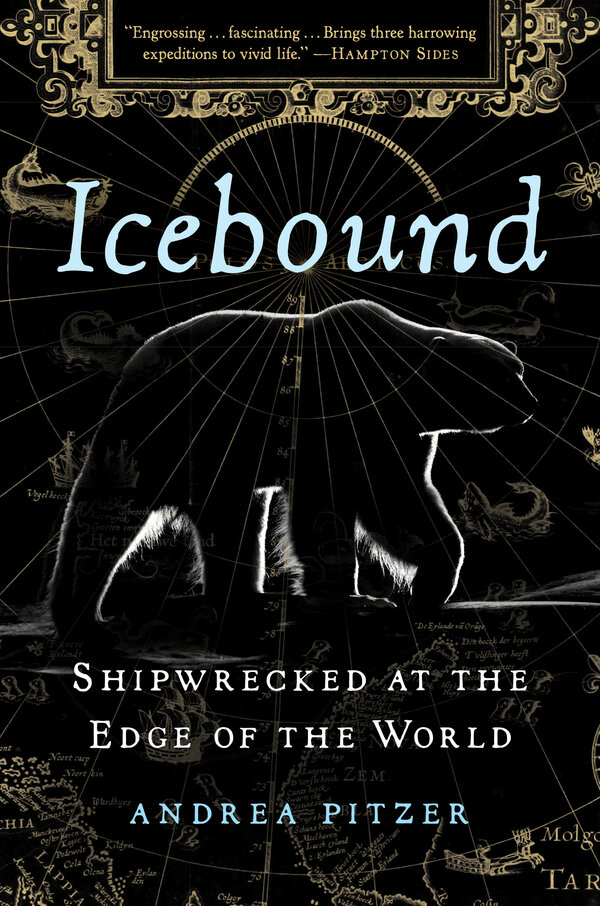 It was de Veer’s account, published shortly after his death in 1596, that would become wildly popular at the time, prompting the release of an English edition shortly thereafter. But then, like so many historical accounts, it vanished into obscurity. Polar fever went on a hiatus for a few hundred years while European colonizers plundered the Americas, Asia and Africa.

A fascination with all things Arctic came raging back in the 19th century. Industrialization had vanquished most of the natural world. Technology had tamed the wilderness. Railroads were shrinking continents. Yet the earth’s poles remained unconquered. The frozen frontier stood pure and defiant — nature’s final challenge to man. Images of icebergs and polar bears invaded popular culture, propelling Americans, Norwegians and the English to the poles with their ships, dogs, tin cans and compasses. For the price of a few toes, a handful of lucky survivors would get rich off their memoirs.

De Veer’s book felt as fresh as ever when Britain’s Hakluyt Society published a new translation in 1853 and again in 1876. The expedition’s highlight reel included everything a polar fan could want: hand-to-hand combat with polar bears and walruses; scurvy and vitamin A poisoning; asphyxiation by carbon dioxide; frostbite, keelhauling and hangings; plus the sighting of a rare atmospheric optical phenomenon called a parhelion. In the second edition of the society’s publication, lengthy introductions, in florid prose, contextualized Barents’s quest while repeatedly questioning de Veer’s accuracy. The editors seemed to want to discourage readers from using the book as a navigational aid.

“Icebound” reintroduces Barents’s journey to the English-language canon, resurrecting the story of polar exploration at the dawn of the age of technology.

For the 21st-century reader who’s seen one too many photos of emaciated polar bears loping across melting permafrost, “Icebound” can read a little like paradise really, really lost. The 16th-century Dutchmen didn’t hesitate to shoot, maim, club, collar and impale whatever they saw. “Slaughter emerged as the instinctive Dutch response to the Arctic landscape, a new theater that would see the same performance again and again with every European wave of arrivals,” Pitzer notes, and then she quotes the historical archaeologist P. J. Capelotti’s observation: “It’s amazing there’s anything left alive.”

Nature got its revenge during Barents’s third attempt to find a seaway to China, the ice finally won. His ship got caught in a crushing embrace — à la Shackleton in Antarctica and Franklin in Canada — at the northern tip of Nova Zembla, an island at 74 degrees latitude separating the Kara Sea from what was then called the Murman Sea (now known as Barents, after the selfsame explorer), forcing the crew to camp out for nearly a year in a makeshift hut at Ice Harbor. Five of them would die, including Barents.

“Icebound” — Pitzer’s third book, following “One Long Night: A Global History of Concentration Camps” and “The Secret History of Vladimir Nabokov” — gives readers a helpful accounting of the unique political context in which Barents set sail. The men on Barents’s expedition risked their lives not just for their investors but for the glory of the brand-new Dutch Republic, a confederacy of provinces founded some 10 years prior by Protestant burghers in an attempt to expel the Spanish. Catholic occupation had led to massacres and church burnings in the Low Countries, in what is now known as the Eighty Years’ War. Instability wasn’t great for business. Plus, the taxes were too damn high.

Secular endeavors, especially trade with Asia via the high seas, promised a more prosperous future for the people of the Netherlands. To assist their global trade conquest, the Dutch welcomed immigrants fleeing religious persecution in the south, some of whom brought valuable shipbuilding and navigational knowledge with them. Armed with new wealth and technology, the Dutch merchants established their self-determined government to ensure that banking and investing, supported by the rule of law, would flourish, free of foreign tariffs. (Sound familiar?)

Stories of Arctic expeditions continue to fascinate us because they expose humanity in extremis — people pushed to their best and worst by hypothermia, hunger and despair. Sir John Franklin’s 1845 Arctic expedition to find a northwest passage became the shame of Britain when it was discovered that his men, trapped for months in Canada, resorted to cannibalism. Ernest Shackleton is a hero for rescuing all but three of his crew in Antarctica after his ship, the Endurance, was lost.

The challenges Barents faced are similarly elemental. Tacking against an Arctic wind between towering icebergs while feeling one’s way through uncharted waters is a profoundly nerve-racking task, and Barents’s men did it day and night for weeks on end, fighting fatigue, scurvy, boredom and loneliness. The 11 months they spent huddled in the dark in a windowless makeshift cabin, slowly starving to death, makes quarantining during the pandemic seem like an endless spa day.

Pitzer writes with care about the Arctic landscape Barents encountered — a dangerous world teeming with life and all that relentless ice, which would interest anyone who’s sailed in bad weather or, say, scraped ice off a windshield in subzero temperatures. But “Icebound” is curiously dispassionate about its human subjects. Over some 200 pages, events are dutifully logged, hewing closely to de Veer’s account. Yet Pitzer seems reluctant to venture into the minds of the individuals who gambled so much and took such pains to tell their stories. Her book follows “the men” — often unnamed and undifferentiated; in doing so, this spare retelling revels in the monotony of 16th-century exploration. It took a lot of time to get from here to there and sometimes you were forced to sit still and shiver.

“Icebound” arrives in the midst of a second polar revival, a moment steeped in wistfulness. In the 19th century, when humanity first grappled with the promise and threat of technology, tales like Barents’s offered a road map into the frozen frontier. In the 21st century, we find ourselves equally ambivalent, but we now know what’s at stake. Pytheas’ ancient vision of a polar sea may well become a reality in our lifetime.

“Icebound” is a reminder that there was once a time when things were unknown. And when their ships bumped up against the edge of the Arctic, the Europeans gazed with horror and awe at the sparkling ice and wondered what Edens lay beyond, waiting to be discovered.