Immanuel Wallerstein, a sociologist who shook up the field with his ideas about Western domination of the modern world and the very nature of sociological inquiry, died on Aug. 31 at his home in Branford, Conn. He was 88.

His daughter Katharine Wallerstein said the cause was an infection.

Dr. Wallerstein had written several books on Africa, where he had traveled extensively, when he published “The Modern World-System I: Capitalist Agriculture and the Origins of the European World-Economy in the Sixteen Century,” the first of four landmark volumes, in 1974.

That work took a broader sociological approach than was common at the time, one that instead of looking at a country or society or ethnic group favored a global view that encompassed history and economic evolution.

“Wallerstein’s book aims to achieve nothing less than a coherent understanding of the making of the modern world,” the sociologist Gertrud Lenzer wrote in a review in The New York Times, “and the unique development within it of capitalism.”

“It is,” she added, “one of the few significant historical analyses to arise out of sociology in recent years.”

Dr. Wallerstein came to his expanded view of the field as a result of his time abroad.

“I credit my African studies with opening my eyes both to the burning political issues of the contemporary world and to the scholarly issues of how to analyze the history of the modern world‑system,” he wrote in a career summary on his website. “It was Africa that was responsible for undoing the more stultifying parts of my educational heritage.” 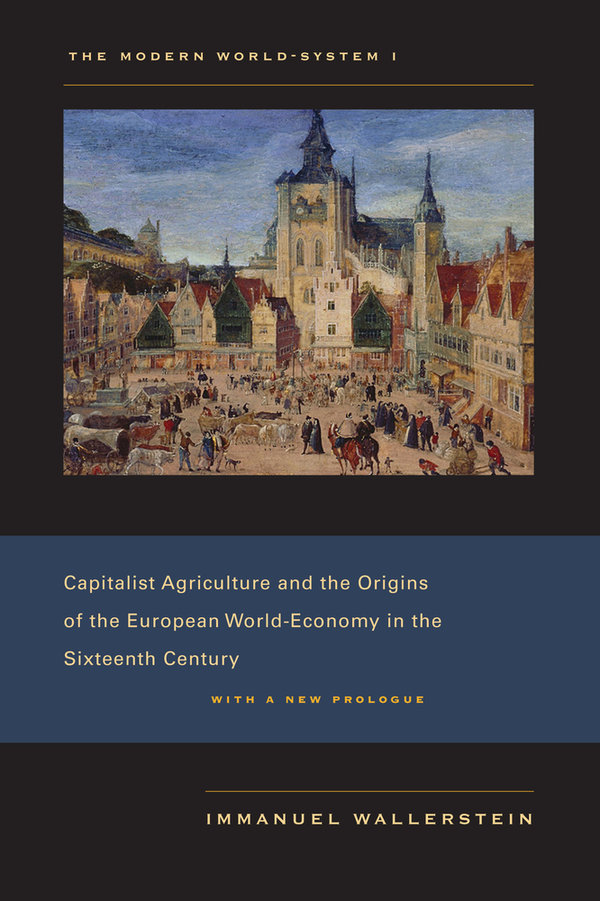 A 2011 book of essays by various scholars on the impact of his work, “Immanuel Wallerstein and the Problem of the World,” extrapolated on the influence of Africa on his thinking.

“The misery and violence he saw there, which did not seem to be disappearing with the end of colonial rule, were not determined wholly or even preponderantly by local actors or realities on the ground,” the book’s introduction said, adding, “The pertinent lines of causality stretched out of sight across the globe.”

The picture Dr. Wallerstein saw was not complimentary to the West, or to capitalism.

“I had the gut feeling in the 1950s,” he wrote in “The Essential Wallerstein” (2000), “that the most important thing that was happening in the 20th-century world was the struggle to overcome the control by the Western world of the rest of the world.”

World-systems analysis, as he called his approach, occupied only a modest part of his wide-ranging scholarship, which also included numerous other books, among them “Unthinking Social Science” (1991), “After Liberalism” (1995), “The Decline of American Power” (2003), “The Uncertainties of Knowledge” (2004) and “The End of the World as We Know It: Social Science for the 21st Century” (1999).

He was also fully engaged with the times, writing on current events throughout his career and sometimes being directly involved in them. In 1968, as a professor at Columbia University, he was part of a faculty committee that sought to mediate the student uprising there. In 2014 he delivered a lecture to more than 1,000 students in Iran, where his writings have been widely read because of his criticism of capitalism and his view that the United States is on a downward trajectory.

An activist thread ran through his career and his writings.

“I have argued that world-systems analysis is not a theory but a protest against neglected issues and deceptive epistemologies,” he wrote.

Immanuel Maurice Wallerstein was born on Sept. 28, 1930, in Manhattan and grew up in the Bronx. His father, Lazar, was trained as a rabbi and became a physician; his mother, Sara (Günsberg) Wallerstein, was an artist.

“I shifted my area of empirical concern from my own society to Africa in the hope either that I would discover various theories confirmed by what I found there or that a look at distant climes would sharpen my perception by directing my attention to issues I would otherwise have missed,” he wrote in “The Modern World-System I.” “I expected the former to happen. But it was the latter that came to pass.”

His time in Africa, where colonialism was still in force, showed him the limits of much sociological scholarship.

“It was a false perspective to take a unit like a ‘tribe’ and seek to analyze its operations,” he wrote, “without reference to the fact that, in a colonial situation, the governing institutions of a ‘tribe,’ far from being ‘sovereign,’ were closely circumscribed by the laws (and customs) of a larger entity of which they were an indissociable part, the colony.”

The student uprising at Columbia in 1968, as well as other events in that tumultuous year, resulted in a 1969 book, “University in Turmoil: The Politics of Change.”

In 1971 he moved to McGill University in Montreal, and in 1976 he became distinguished professor of sociology at the State University of New York at Binghamton. He had been a senior research fellow at Yale University since 2000.

Dr. Wallerstein married Beatrice Friedman in 1964. In addition to her and his daughter Katharine, he is survived by two children from his wife’s previous marriage, Susan Morgenstern and Robert Morgenstern; and five grandchildren.

Dr. Wallerstein argued that no world-system, to use his term, lasts forever and that the current one, based on capitalism, is slowly disintegrating.

For years he elaborated on these and other ideas in a series of commentaries on his website, written on the first and 15th of each month. On July 1 he announced that his posting that day was the 500th and that it would be the last. He concluded it by pondering the future, and whether and how the global change he predicted would come to pass.

“The world might go down further by-paths,” he wrote. “Or it may not. I have indicated in the past that I thought the crucial struggle was a class struggle, using class in a very broadly defined sense. What those who will be alive in the future can do is to struggle with themselves so this change may be a real one.

“I still think that,” he continued, “and therefore I think there is a 50-50 chance that we’ll make it to transformatory change, but only 50-50.”

Neil Genzlinger is a writer for the Obituaries Desk. Previously he was a television, film and theater critic. @genznyt • Facebook