In “Mediocre: The Dangerous Legacy of White Male America,” Ijeoma Oluo punches up rather than down, reckoning culturally, politically and historically with white men. These are the people, she writes, who do most of the dirty work and decision-making that goes into maintaining America’s systems of power. They include corporate titans, professional sports team owners and Democratic politicians, and they mostly manage to escape cultural outrage and accountability.

Beginning with William “Buffalo Bill” Cody, the 19th-century showman whose slaughter of American buffaloes was a mere prelude for hunting and killing Indigenous people, Oluo historicizes the creation of a violent and profane American white masculinity. Rooted in “muscular Christianity,” this conception of manliness, she ably demonstrates, also gave us American football, a sport so violent in its early iterations that dozens of the exclusively white men who played it were killed. Now, Oluo notes, professional football’s owners and managers are still mostly white while the majority of players are Black, an arrangement that costs the latter “their bodies, and — often after repeated concussions — their minds.” 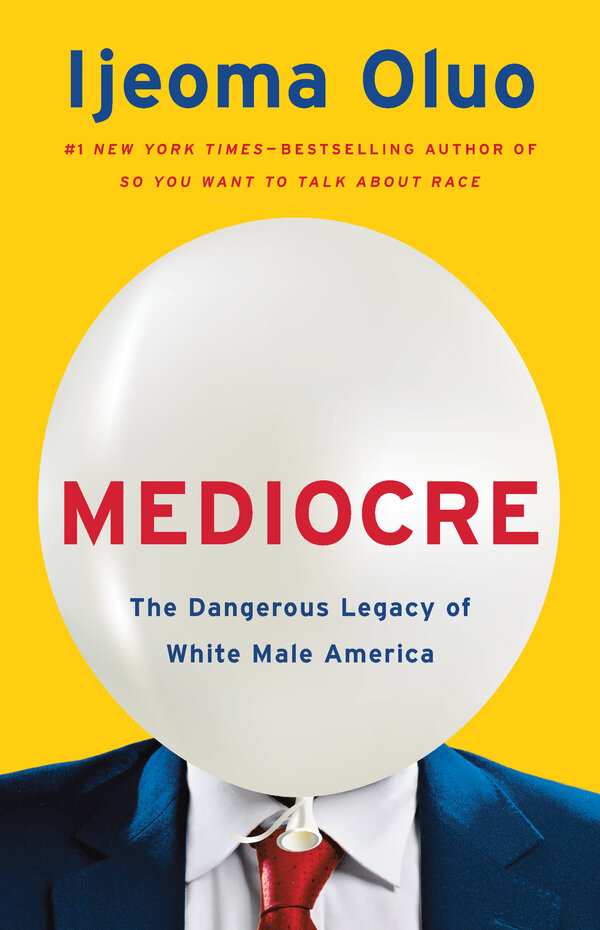 Cowboys and football team owners are obvious targets in this book, and Oluo, who is also the author of the best seller “So You Want to Talk About Race” (2018), dissects both. But she has little patience for white men on the left either. Before there were insufferable Bernie Bros, there were the activist newspapermen Max Eastman and Floyd Dell. These men wanted women to have careers so that men would not be financially responsible for them. They wanted women to be sexually liberated because wives were boring. Every feminist has encountered the ostensibly radical white man who thinks gender is frivolous when compared with more serious issues of race and class.

Wide-ranging in the cultural history it provides, “Mediocre” illuminates the various ways white men work to maintain racial power. They abandon tough political positions when those positions undercut their ambition. Joe Biden famously waffled on his initial support of busing in order to maintain his political career. George Wallace, the former governor of Alabama, became an avid supporter of the Ku Klux Klan after his more moderate approach to racial politics cost him votes. Corporate titans hand the reins of failing corporations like Yahoo to women, just before they push them over the glass cliff, the apparent landing place after one shatters the glass ceiling. These men are not victims of the system; their bias is not solely implicit. They are ready purveyors of male power, reveling as they brandish the inflammatory rhetoric of white male dominance to silence football players like Colin Kaepernick and to harass congresswomen like Ilhan Omar and Rashida Tlaib.

Oluo argues that all of us, “regardless of demographic, have played a part in upholding white supremacy.” It’s the one claim in this book that strains credulity, given the clarity with which Oluo shows how white men’s mediocrity — entitlement tethered to unearned power and accolades — makes life harder for everyone. Perhaps she believes she has to say this, to make the hard pill of this book more easily digestible. Her willingness to confront white people about their racism has come at no small risk to her and her family. She has been both doxxed and swatted. Oluo has email folders full of hate mail that she wryly labels “fan mail.”

Yet, she insists, invoking pandemics, mass shootings, the climate crisis, economic recession and war: “White manhood is on a suicide mission.” It is our job, she argues, to pull these men, and the country they are so ready to take with them, back from the precipice. For many, this book will appear to be a closed fist, but for the keen eye, it is an open hand.