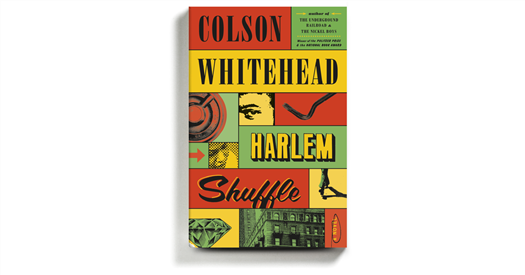 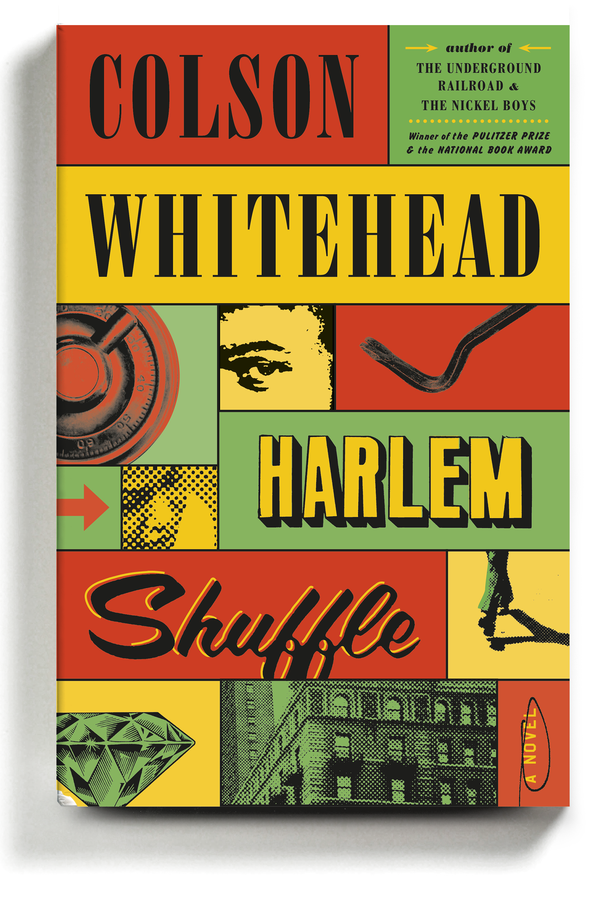 “Sometimes he slipped and his mind went thataway,” Colson Whitehead writes about Ray Carney, the crime-adjacent Harlem furniture salesman at the center of his new novel, “Harlem Shuffle.” Whitehead’s own mind has famously gone thataway through nine other books that don’t much resemble one another, but this time he’s hit upon a setup that will stick. He has said he may keep Ray going into another book, and it won’t take you long to figure out why.

“Harlem Shuffle” brings Whitehead’s unwavering eloquence — at one point he describes traffic as “honking molasses” — to a mix of city history, niche hangouts, racial stratification, high hopes and low individuals. All of these are somehow worked into a rich, wild book that could pass for genre fiction. It’s much more, but the entertainment value alone should ensure it the same kind of popular success that greeted his last two novels, “The Underground Railroad” and “The Nickel Boys.” It reads like a book whose author thoroughly enjoyed what he was doing.

The narrative takes place in the middle of the 20th century, and a key story line involves a heist at the Hotel Theresa (Harlem’s answer to the Hotel Pierre in Midtown, which was in fact robbed in 1972). The Theresa was so glamorous, such a magnet for Black royalty, that violating it “was like slipping Jackie Robinson a Mickey the night before the World Series,” Whitehead writes. The robbery gives Whitehead a lot to play with from a plot perspective, and allows him to evoke a ravishing lost landmark in the process.

Meet the rogues’ gallery Whitehead has dreamed up for this: There is Miami Joe, the purple-suited dope who plans the heist; Chink Montague, the gangster who was staying there with a starlet and is peeved that her necklace has vanished from the safe; Chet the Vet and Yea Big, Montague’s enforcers; and Cousin Freddie, who never met a crime he didn’t like. Then there’s Ray, who inevitably gets caught up in all of this. Ray runs Carney’s Furniture, but he’s OK with occasionally fencing jewelry on the side. He’s a liminal criminal.

Whitehead names the second of this book’s three sections “Dorvay.” In a convoluted way, that word signifies division — it comes from a mishearing of the French “dorveille,” referring to a period of wakefulness in the middle of the night — and it sums up a huge theme at play in the novel. It’s not just that Ray plies two trades or is both family man and nascent crook; it’s that almost every place and person in “Harlem Shuffle” can go one way or the other, depending on what’s expedient. The author creates a steady, suspenseful churn of events that almost forces his characters to do what they do. The final choice is theirs, of course.

But only a few of them are lucky enough to know that. Ray is one.

Ray’s ambition drives the story. So does his quiet vengefulness. He’s got lighter-skinned in-laws who raised their daughter on Strivers’ Row and see him as unworthy. He’s got a white cop who needs bribing if Ray wants to stay in business. He’s got the upward mobility offered by a prestigious club, though being accepted may depend on whether he’s darker than a paper bag — that notorious criterion — and will definitely cost him a payoff. Whitehead’s elaborate way of handling this plot thread is reason enough to read him.

So is the furniture store, where Ray spins fables to gullible young couples, telling one that they’re looking at a sofa that was featured on “The Donna Reed Show” and otherwise slinging whatever’s necessary to keep business afloat. The book spans the period from 1959 to 1964, and it joyfully goes down rabbit holes to show off Ray’s encyclopedic knowledge about that era’s advances in furniture. He knows which fabrics can be bled on.

While the Harlem riots of ’64 are underway, Ray is visited by a rep from the company he has yearned to sign on with as an affiliate. It’s a white guy from the Midwest. Whitehead gives him freckles, a crew cut and some seersucker. And for a moment, the rioting is more riotously funny than it has any right to be.

Though Ray is an adventurer, making the rounds from Washington Heights to the site of the future World Trade Center to tend to his assorted pursuits, the book’s heart is in Harlem. Its one major trip elsewhere is very deliberate. The Futurama exhibit at the 1964 World’s Fair in Queens is conjured as if it were part of another world, because it feels that way to Ray when he sees it.

“Sure, Carney dug all the gee-whiz stuff in Futurama,” Whitehead writes, but if he “walked five minutes in any direction, one generation’s immaculate townhouses were the next’s shooting galleries, slum blocks testified in a chorus of neglect, and businesses sat ravaged and demolished after nights of violent protest. What had started it, the mess this week? A white cop shot an unarmed Black boy three times and killed him. Good old American know-how on display: We do marvels, we do injustice, and our hands were always busy.” Quaint details aside, this is no period piece.

Though it’s a slightly slow starter, “Harlem Shuffle” has dialogue that crackles, a final third that nearly explodes, hangouts that invite even if they’re Chock Full o’ Nuts and characters you won’t forget even if they don’t stick around for more than a few pages. Take Julius, the heroin-addicted kid whom Ray and his streetwise mentor, Pepper, find passed out among blackened needles in a once-popular brothel.

Julius: “I should have joined the Navy.”