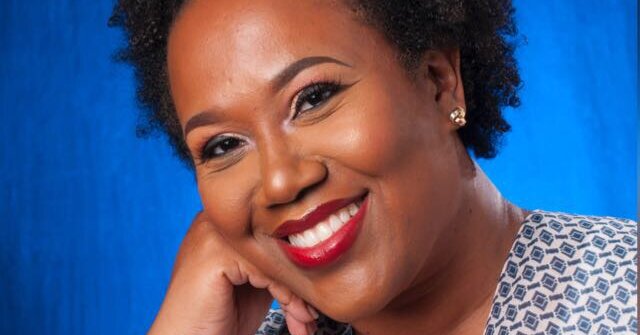 HOW THE ONE-ARMED SISTER SWEEPS HER HOUSE
By Cherie Jones

Welcome to Paradise — also known as Baxter’s Beach, the Caribbean resort village at the center of Cherie Jones’s dazzling debut novel, “How the One-Armed Sister Sweeps Her House.” The year is 1984, and the orphaned teenager Lala is being raised by her grandmother Wilma. The trouble in Paradise seems to be that men can’t control themselves, infidelity is a given, sex is currency and domestic abuse is in full bloom like lush tropical foliage.

The novel’s title is derived from a cautionary tale Wilma tells a 13-year-old Lala: about a “good-for-nothing,” wayward sister with “a taste for things that her mother tell her not to have” who defies this mother by visiting a forbidden tunnel where the ghosts of “bad men” dwell. In the ensuing struggle to escape the evil lurking therein, she loses her arm forever.

Young Lala is unfazed: Where Wilma worries about what’s practical, Lala — who sleeps in the outhouse to avoid the sexual advances of her grandfather — imagines what might be possible. Even with one arm, she figures, the sister can still have a husband, children and a house — the things Lala herself dreams of having.

Five years later Lala finds herself pregnant and in a volatile marriage to Adan, a carnival unicyclist, living precariously in a beachfront shack with no banister to cling to as she descends the 25 cement stairs from her doorstep to the sand, afraid to fall into the “nothingness” on either side. Chafing at his wife’s free-mindedness just as Wilma did, Adan turns to thievery, drug dealing and physical harm: “Lala cannot now remember where that first slap came from, she cannot remember the finer details of what it was about, but Lala knows that, in the dim light of morning after that first slap, she became Wilma.”

The chaos turns fatal when Lala’s life collides with that of a white English tourist named Peter Whalen, who one night confronts an armed robber inside his Baxter’s Beach vacation home. The incident is told through the eyes of Mira, Peter’s much younger second wife, an islander “whose crowning achievement is becoming a wealthy man’s wife.” Jones makes a point of calling her “Mira Whalen” or “Mrs. Whalen” throughout; like Lala’s, Mira’s world too is upended when she finds herself without “what she has wanted for as long as she can remember — this spouse, this house, this life.”

Inhabiting multiple voices on the island (Lala’s, Mira’s, Adan’s gigolo friend Tone’s), alternating perspectives and breaking up present action with back story can be tricky business. But in Jones’s capable hands, tension builds without diversion. The storytelling is far from breathless, but it will leave you that way: The effect is of a horrific opera in which ugliness is inevitable, but no less gutting when it appears.

And in this opera, there are no minor characters. Each one, carefully and vividly crafted, has a crucial part to play. There’s the local Sergeant Beckles, whose ego is bruised when Scotland Yard is called in to investigate the crime. There’s the Queen of Sheba, a prostitute and the object of the married Beckles’s obsession. “Sheba is the type of woman he would build a house for,” he thinks. “He would ensure she would always be comfortable, that she would never have to walk the length of Baxter’s Beach again, never have to give her body to anybody but him.”

The main culprit in this book is patriarchy itself, with its view of masculinity as narrow as the tunnels beneath Baxter’s village. It’s a masculinity so fragile, toxic and entitled that it would rather kill and die than endure a perceived insult.

One of Jones’s many gifts is the ability to show us flawed human beings with their humanity fully intact, to call us to examine the terrible beast within ourselves. What does justice look like when a victim who has never known it victimizes another? What does freedom look like when your entire world is a prison? Or, as Lala wonders, “What woman leaves a man for something she is likely to suffer at the hands of any other?”

Jones balances the novel’s graphic violence with prose that is both evocative and wistful, haunting. Generational trauma is braided through with grief in the same over-under-over-under way that Lala cornrows the hair of her white customers. For these tourists, Paradise is an escape from their reality; for Lala and the locals, Paradise is the reality they long to escape. One where secrets shroud truth and darkness steals not just arms, but entire souls.