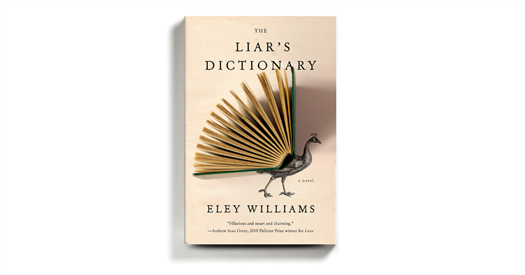 “The only ones for me are the mad ones,” begins Jack Kerouac’s famous sentence. “The ones who are mad to live, mad to talk, mad to be saved, desirous of everything at the same time” — you know the rest.

For some, though, the only ones are the shy ones. The rumpled, the abstracted, the easily crushed, the not quite made for this world — the word people, and not the glamorous sort: lexicographers, copy editors, fact checkers, librarians, the better sort of Wikipedia updaters: the rank and file of the intellectual proletariat.

These unacknowledged legislators of the world of reading matter, this band of shaggy-sweatered warriors, share expertise and a nomenclature and a tendency to blink in strong sunlight.

Now that scorn for knowledge has been spread in America, like a squirt from a pump dispenser of liquid margarine, Evelyn Waugh’s instruction has never sounded more necessary: “Pray always for all the learned, the oblique, the delicate. Let them not be quite forgotten at the throne of God when the simple come into their kingdom.”

The English writer Eley Williams’s spirited first novel, “The Liar’s Dictionary,” is about lexicography. It’s a celebration of the people who compile dictionaries, even if they’re driven out of their minds in the process.

Dictionaries are plump and (mostly) written in earnest. This novel more resembles a bonsai tree — compact, wizened and funny. It’s about fricatives and vowels and Latin and love; it’s about updating the meanings of words like “dyke,” “teabag” and “marriage.” Its idea of a joke is to remark that someone looks like they’ve been hit by an omnibus.

Williams is a fellow of the Royal Society of Literature and the author of a previous book, “Attrib.,” a collection of word-besotted short stories. In that book a woman worries about giving her cat fleas, instead of the other way around.

“The Liar’s Dictionary” tells braided stories. It’s about two sets of characters, living in London more than a century apart. Each set toils on Swansby’s New Encyclopaedic Dictionary, most notable for having never been completed, though an edition was published in the 1930s.

This endearingly hapless (and wholly fictional) dictionary has long dwelled in the shadow of what Williams calls “those sleek dark blue hearses” — the Oxford English Dictionary and the Encyclopaedia Britannica.

The book rewinds to the 19th century, where a shy, bow tie-wearing man with a weird secret (he speaks with a fake lisp) works on the letter “S” of Swansby’s dictionary. His name is Peter Winceworth. He chafes at the pinning down of language. For fun he begins to insert mountweazels — bogus entries — into the dictionary.

Winceworth also falls in love, fights off an angry pelican and survives a train bombing, but these things seem almost incidental.

Less incidental is another love story, set in the present day, between a young woman named Mallory and her girlfriend, Pip. Mallory is now the dictionary’s sole employee, under the editorship of David Swansby, a descendant of the founders. He dithers and plays online chess all day.

Mallory is updating the dictionary’s language and helping to digitize it. It’s an exercise in futility, but it’s the kind of futility that pays the bills. Along the way, she begins to discover Winceworth’s mountweazels, which leads to an intellectual steeplechase.

There are other shreds of plot. Pip begs Mallory to come out of the closet. The dictionary receives threatening phone calls. There may be a bomb involved.

Plot is not why a reader should come to “The Liar’s Dictionary.” One approaches it instead for highly charged neurotic situations and for Williams’s adept word-geekery. Her esotericism is always on cheerful display.

About “Quahog,” she writes: “A bubble of a word, snug and ugly and great.” She poses odd queries: “Exactly how many dictionary covers could one make by peeling a single cow?”

Mallory, like Winceworth before her, longs for new words to add to the English language: “A word for when you’re head-over-heels in love with someone and you’re both just burbling nonsense at each other, forgivably. A word for mispronouncing words that you had only ever seen written down.” Her list is long and pleasing.

The author has a knack for summoning the peculiarities of her word people. About one of Winceworth’s colleagues, we read: “Whenever Bielefeld encountered an error or disruption on a page, a kind of whinnying, sniffing gag tore from his throat.”

You have to like a novel in which the put-downs are mellifluous and on point. Someone imagines saying to Bielefeld: “You daft-necked carafe of a man.”

If “The Liar’s Dictionary” sounds like it’s for you, it probably is. It’s for those who’d trade an entire NCAA football division for Mary Norris, Benjamin Dreyer, Lynne Truss, Jesse Sheidlower, Bryan Garner (no relation) and a dazzling first-round copy editor to be named later.

Writers used to enjoy placing their enemies’ novels in the “humor” section. Williams’s friends should be sure to move a few copies from “fiction” to “reference,” where it will also be comfortable.

I enjoyed “The Liar’s Dictionary” without quite being able to let down my guard.

There’s a thin line, in books like this, between being playfully literate and being self-delighted, in trying too hard to charm. It’s the difference between a real bookstore and one that smells like potpourri, and between wit and whimsicality. Williams can strand herself on the wrong side of this line.

There’s a small bit of drama when Mallory tries four times to spell “manoeuvre” correctly. The reader holds his or her breath. “In the end,” she says, “I let autocorrect have its way with me.”