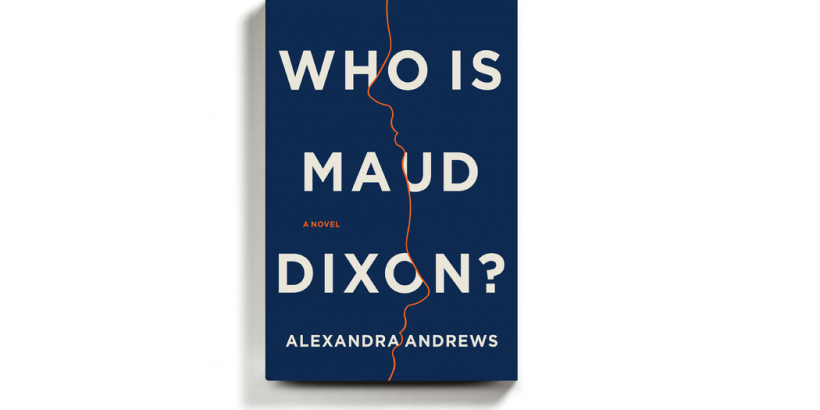 How dismaying would it be to get a dream job working for a famous writer, only to discover that her new novel in progress seemed off somehow — remote and uninspiring? This is what happens to Florence Darrow in Alexandra Andrews’s “Who Is Maud Dixon?,” and at first it throws Florence for a loop.

But where there is disillusionment, there is opportunity. Florence, we have come to understand, is devious, amoral and skilled in the art of the improvisatory grift — in short, an excellent antiheroine for a book that explores theft in many forms, literary and otherwise. “I could write this,” Florence thinks of the offending manuscript, taking it upon herself to change little things here and there as she types up the author’s draft.

“Who Is Maud Dixon?,” a buzzy first novel already bound for Hollywood, is about many things. It is about being young and awkward and indignant and resentful. It is about ambition, reinvention, writer’s block, the vagaries of literary reputation, the murkiness of fictional inspiration and the desire to grab life by the collar and shake it until the money starts to pour out.

And like Patricia Highsmith’s “The Talented Mr. Ripley,” the book to which Andrews’s noisily begs to be compared, it is about the urge, when you feel saddled with an unfair or inconvenient existence, to travel abroad, dispose of your traveling companion and invent a new and better identity.

As the book begins, Florence is 26 and working as an assistant at the fictional Forrester Books, a publishing house in New York. A graduate of the University of Florida at Gainesville, she feels like a dowdy nothingburger among well-connected Ivy League graduates, with their chic clothes, supercilious attitudes and tendency to refer to things like “Pina Bausch” and “Koyaanisqatsi.” (Florence does a lot of surreptitious after-the-fact Googling.)

But when you believe that your past is “a gangrenous limb that needed to be severed for the greater good,” as Florence does, how do you leave it behind and become the famous writer you deserve to be — especially if you seem unable to write? Florence imagines herself seated at a beautiful desk near a window, typing away. “She could never quite see the words on the screen,” Andrews writes, “but she knew they were brilliant and would prove once and for all that she was special.”

It may be true that editorial assistants are underpaid, overworked and underappreciated. But Florence’s bad attitude militates against her chances of merit-based promotion. It is no fluke that she has a fondness for Becky Sharp.

She lapses into self-defeating rage, sneers at her only friend, fantasizes about seizing the gelled spikes in a man’s hair and “crunching them under her fingers,” alienates her co-workers with strange remarks, seethes at their success. Her behavior after a one-night stand is so calculatingly creepy that I found myself, unusually, more worried about her married lover than about her.

Then, suddenly, a great new job offer arrives, to work as the assistant to Helen Wilcox, pen name Maud Dixon, author of the runaway best seller “Mississippi Foxtrot,” a coming-of-age novel about two teenage girls and a murder. Only Dixon’s agent and Florence know Dixon’s real identity, so there is, for the aspiring young writer, the added frisson of being party to a secret.

The soufflé Andrews has deftly constructed to this point deflates a bit when Florence moves to Helen’s house in the Catskills and starts the tedious business of doing this new work, mostly keeping her Machiavellian tendencies in check.

Before you know it, Florence and Helen are off to Morocco to “research” Helen’s new novel, about “an American woman who drops everything and moves to Morocco to work for an old childhood friend.” Morocco seems almost beside the point; there is talk of souks and the buying of hats, but Andrews never firmly anchors us there. The location matters only because no one there knows either woman, and because Morocco is conveniently outside the jurisdiction of U.S. law enforcement.

From there, “Maud Dixon” becomes less a Highsmith-esque character study — the tightly drawn portrait of a brilliantly charming sociopath — than a plot-heavy romp. There are feints, counterfeits, battles of wits, plot twists that appear from thin air. At a certain point, we realize — to our delight — that seeing things from Florence’s point of view has robbed us of the chance to consider that she is not the only one with a complicated agenda.

Is it possible that what we have here is a portrait of a snake biding its time, considering how to disable its next meal while slowly digesting the one it’s already eaten?

The playful Andrews alerts us early on, with a nod and a wink, to what she might be up to in this assured novel, though there is a bit of misdirection here, too.

“Florence tended to look down on books that owed their success to the dramatic machinations of plot,” Andrews writes. “Murder, in her eyes, was cheap currency. But when she’d read ‘Mississippi Foxtrot’ she’d been astounded. The murder wasn’t a technical ploy to up the stakes; it was the novel’s raison d’être.”