THINGS THEY DON’T WANT YOU TO KNOW

Ben Brooks is only 28, but this is his 11th book, so obviously I hate him already. But my goodness, does he know what he’s talking about. After all, he was a teenager only recently, and can remember what it feels like down to the last late-night kebab.

He is also an unusually wise and non-judgmental writer, who is refreshingly optimistic about life, people, experience and empty bottles of vodka fished out from under beds. And it’s not only for parents: I think my own children (21 and 18) would gain a lot from reading it as well. 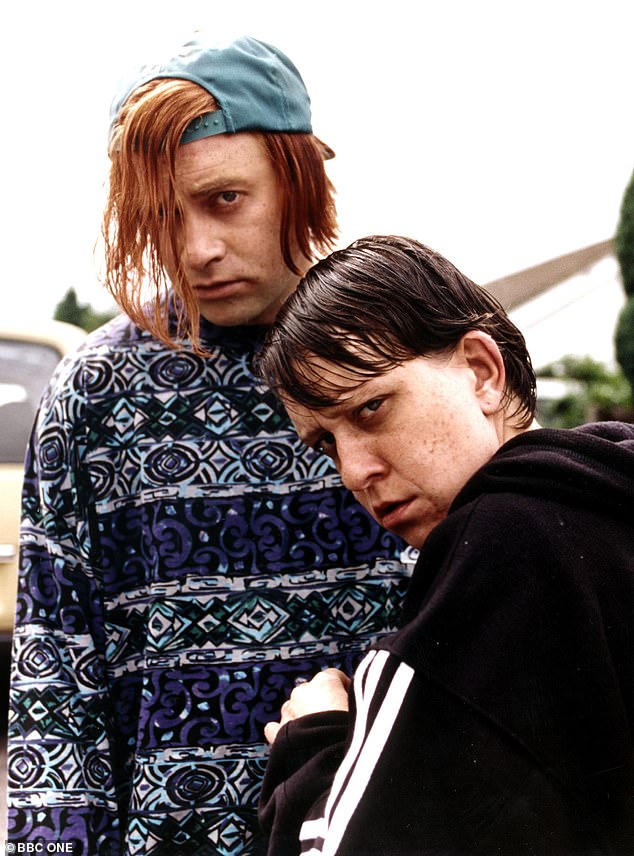 Ben Brooks shares his advice for understanding the teenagers of today and reflects on his own adolescents in a new book. Pictured: Harry Enfield and Kathy Burke as Kevin and Perry on TV

In many ways, he says, teenagers today are just as hopeful and hopeless as they have ever been. But in other ways they are the first of their kind. ‘They are guinea pigs: the first people not to know life without super-fast internet, ever-present smartphones and relationships shaped by social media . . . The last decade has transformed adolescence, and that is why I’m writing this book.’

Brooks structures his guide into 11 ‘lessons’, lesson one being: ‘Don’t let your kid become a commodity — phones, computers and the real world.’ Mobile phone apps, he says, have one purpose: to keep you looking at them. Only if you can’t leave them alone, only if you absolutely have to reach level 2,436 of Candy Crush Saga before you go to sleep tonight will the billionaires of Silicon Valley make as much money out of you as they can.

We look at something like Facebook and think, it’s free to use, what can be wrong with it? But we’re not the end-users. We’re the data. The end-users are the advertisers which pay through the nose to reach saps like us, and Facebook itself, which sells the data we unwittingly provide to third parties for breathtakingly large amounts of money.

So Brooks knows where we’re coming from when we say to our vast infants at the dinner table: ‘Put that phone away.’ But he also recognises that their enslavement to these devices isn’t their fault.

‘Even if they realise that too many hours staring at a screen isn’t doing them any good, asking them to resist is like suggesting they walk around with pockets full of marshmallows and only take a small nibble of a single piece once a day.’ 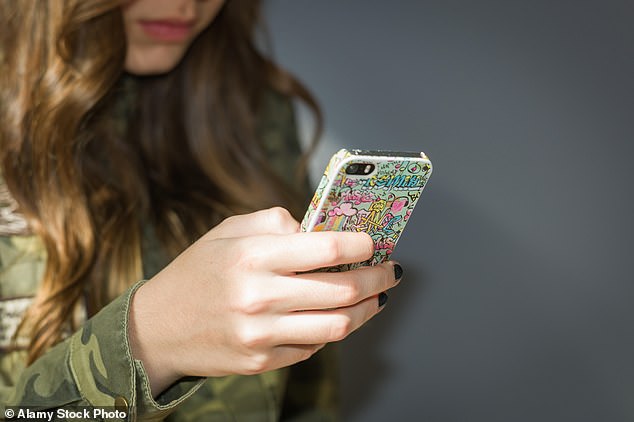 Ben, 28, said parents should talk to their child about how they feel screens and technology are affecting their life (file image)

He recommends talking to your child about how they feel it’s affecting their life. ‘Most kids don’t cherish the hours they lose to social media, they’re just helpless to resist.’ He thinks we should encourage them to police themselves. They need to be asking: ‘Am I using the internet, or is the internet using me?’

Another suggestion: ‘Make them aware of how much they’re being manipulated by these huge companies . . . you’ll tap into their anti-establishment instincts.’

Now that makes total sense to me, and feels like a way forward through the jungle, if you don’t happen to have a scythe on you.

Chapter two is entitled: Adolescence Is Not An Illness.

Huge numbers of teenagers, he says, are now on medication prescribed by doctors for behaviour they see as mental illness, but which Brooks thinks is just normal for adolescents. Your teen might feel miserable a lot of the time, sleep badly, have brutal mood-swings, just want to stay in his room for the next three years, with piles of bacon sandwiches left outside his door for occasional sustenance. Completely normal, says Brooks. Nothing to see here. 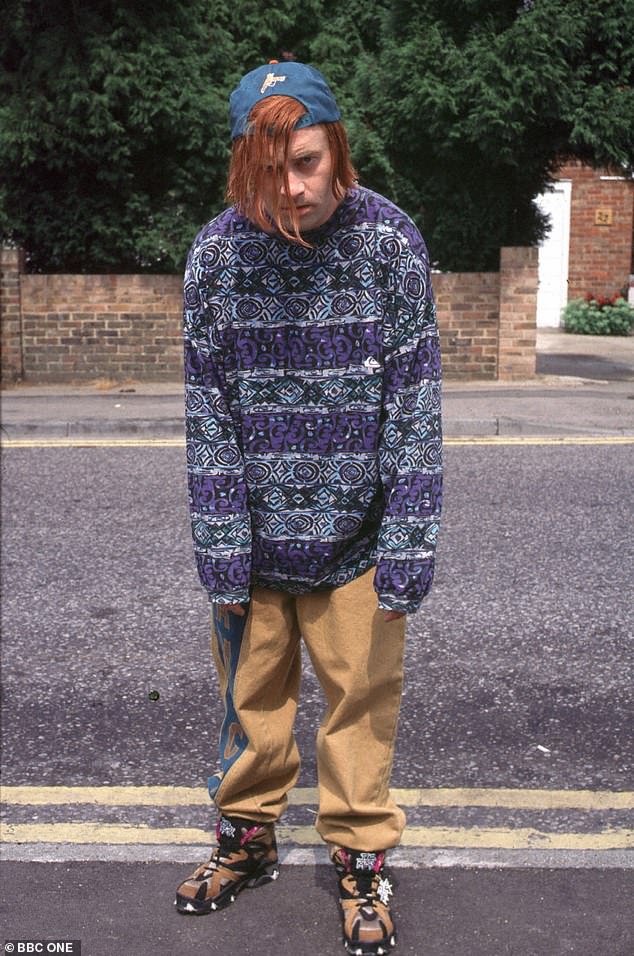 Ben who slashed himself as a teen, said parents shouldn’t be upset or angry with teenagers who self-harm. Pictured: Harry Enfield as Kevin on TV

My own boy grew about a foot at the age of 14 and apparently overnight turned into Kevin and Perry from Harry Enfield’s Television Programme. Monosyllabic, hygienic only by mistake, eating more toast than we imagined possible, he wandered the house like a wraith, occasionally grunting.

Then at 17, again overnight, the sun came out and he changed back into the lovely, sunny, open character we had previously known. It was quite a relief and seemed like a miracle, bathed in heavenly light with crowds of angels singing. Standard behaviour, says Brooks. 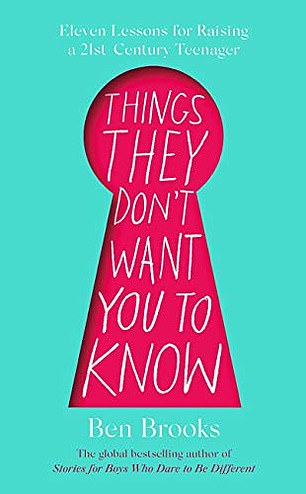 He recounts stories of his own adolescence that will make your knees shake and your hair stand on end. But he came out the other side of it, and he says your kids will, too.

Take his chapter on self-harm. Some teenagers cut themselves and if you discover this, says Brooks, the last thing you should do is be angry or as upset as they are. ‘Don’t say they’re doing it just for attention, because if a young person wants attention so badly that they’re willing to inflict serious physical pain on themselves, then it might be time to give them some.’

Brooks slashed himself to pieces as a teenager, but all he wanted was to be understood without having to make himself understood.

‘I wanted, deep down, to be driven to a calm and thoughtful counsellor and given a hug and a book token.’

The most reassuring thing about this book is that it’s so good.

How anyone can have an adolescence as deranged as Brooks’s was and still produce work of this calibre is final proof that what your mother said was right: it’s only a phase.

All your teens need is love, sympathy and encouragement, which, I suppose, is all that any of us need. Meanwhile, I have a strange yearning for a kebab, and the greasier, fattier and more disgusting it is, the better.