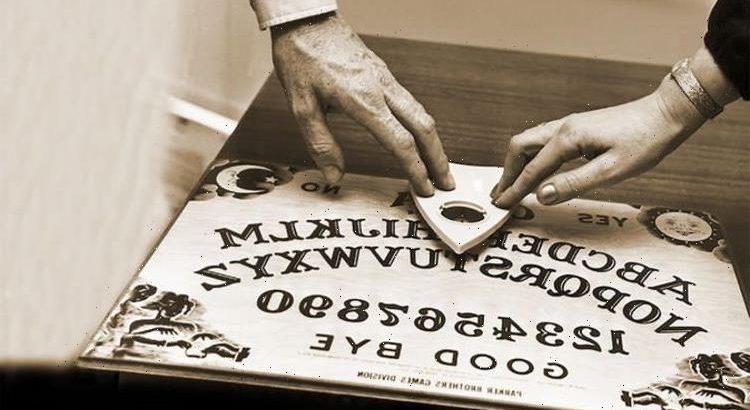 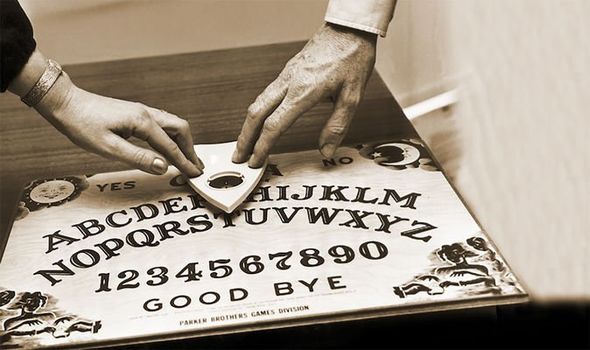 Chunks of plaster were shaken from the ceiling of the derelict house as Cedric Hill and Harry Jones hurled themselves down the long, hard staircase again and again – shrieking and groaning at the top of their voices, like men possessed.

The Ottoman soldier charged with keeping them imprisoned in the building, deep in the Turkish mountains, was so panicked at the sight that he ran from the house straight into a ten foot high brick wall before trying to climb over it.The jailor, known to Cedric and Harry as “The Pimple”, was convinced that the terrible, demonic force that had taken over his two prisoners wanted to kill him too.

Upstairs, the men continued to throw each other down the stairs, all the while attempting not to laugh at the sheer audacity of the scam they were perpetrating – a plot which would ultimately lead to freedom.

“It’s definitely a tale of greed,” says author Margalit Fox. “But there are so many other elements. It’s a perfect storm of war, trauma, a revival of spiritualism and a reluctance to instantly dismiss the idea of communicating with the dead.”

Fox has just published a true account of one of the most daring and implausible examples of wartime cunning by British soldiers. She reveals how, in 1918, in the remote, mountainous town of Yozgat in Anatolia, now Turkey, First World War prisoner Harry Jones, from Wales, and his Australian comrade Cedric Hill concocted a scheme to secure their escape from a PoW camp using a homemade Ouija board.

Captured during a doomed advance on Baghdad, Jones and Hill were among hundreds of Allied soldiers forced into arduous marches, over hundreds of miles, to reach detention camps where they were expected to see out the war imprisoned in ruined houses that had been home to Armenians prior to the 1915 genocide.

“Using Ouija boards and playing at spiritualism was very popular in Victorian times,” says Fox. “It was just a parlour game to most people but there were many who took it seriously. The number dying in the First World War contributed to a revival, chiefly on behalf of grieving family members who wanted to reach out to dead loved ones.”

A letter from Jones’ aunt recommended he make an Ouija board to amuse himself during the long, dreary days of captivity. Having taken her advice, Jones was astonished to discover how easy it was to persuade his fellow PoWs that he could really communicate with the spirit world. Then it occurred to him that he might be able to persuade his Turkish captors that he was channelling messages from beyond.

He persuaded The Pimple, a five foot-nothing translator whose real name was Moise Eskenazi, and the camp commandant Kiazim Bey, that he could lead them to a spot where treasure had been buried by an Armenian who died during the genocide.

Dubbing the spirit he conjured up during nightly group séances “Sally”, he shared the truth of his plan with Cedric Hill, an Australian pilot with the Royal Flying Corps.

The Pimple, who would regularly pilfer from the PoWs’ parcels from home, was soon intrigued by the Ouija board sessions and eventually came to the men with questions about his love life which he wanted answered by the spirit.

Realising they had gained his confidence, Jones and Hill spent the next few months persuading both Eskenazi and his commanding officer Bey that their skills as mediums were real. “It was already well known in medical circles that it’s possible to believe that the glass is moving without feeling that you’re in control of your hand and arm,” says Fox. “Even back in the mid 1800s, the concept of the ideomotor was established. This is the theory that a thought or a mental action can provoke a physical movement which seems automatic or reflexive but is, in reality, being controlled by the user – it’s just that it’s subconscious and they genuinely believe they’re not moving anything.

“In reality they are, but it’s so subtle they don’t consciously notice.” To further con- vince their captors they were conduits to the spirit world, Hill and Jones began sharing news from the war. In fact, they had discovered snippets of information, written in code, in letters to PoWs from home.

Hill and Jones were able to persuade Eskenazi and Bey they were getting the information from the dead. So convincing were they that they became the first soldiers in history to be convicted of communicating war news by telepathy – the Turks putting them in confinement together for fear their connections with the spirits could reveal vital war secrets.

With the camp surrounded by 300 miles of mountain or desert in every direction, escape was deemed to be impossible. But the belief (shared by other PoW’s as well as the Turkish captors) that Hill and Jones could, through the spirits and the Ouija board, guide Eskenazi and Bey to the buried Armenian treasure was too strong to resist.

Through six hour-long séances, observed by The Pimple, Hill and Jones “revealed”

that there were three tins buried nearby with clues as to where £18,000 worth of gold was located.

Occasionally pretending to have angered their spirit contact, the pair would feign being possessed by it, once even throwing themselves down staircases whilst crying out “in fear”.

Witnessing this show of violent physical force, seemingly beyond the soldiers’ control, Eskenazi was sent into a tailspin, fleeing the house and running straight into a wall.

On another occasion, pretending to go into a trance, Jones led The Pimple to a spot where he had already buried a tin with a gold coin inside it and a clue as to where the treasure trove was hidden.

With “evidence” the spirits really could lead him to clues and, eventually, the treasure itself, an excitable Eskenazi and the more reluctant commandant were moved to act when the spirit claimed that the third tin with the vital clue was buried in faraway Constantinople.

To get there, the Turkish captors claimed to their superiors that Hill and Jones had gone mad and needed treatment in the city.

Managing to persuade the camp doctors that they really had gone insane was a wearying task; Hill feigned a type of religious melancholy, obsessively reading the Bible, whilst Jones pretended to be Turkish and began furiously scribbling endless notes detailing his hatred of the English.

“They even did a ‘fake hanging’ of themselves in a hotel room on the journey to Constantinople to prove that they were truly mad and subservient to the spirits,” says Fox. “It is absolutely remarkable that they were prepared to go this far in order to shore up the theory among their captors that they were mad.”

Once in Constantinople, Hill and Jones had to embark on an endurance test even more wearing than the endless fake séances. Secured in a mental institution, they had to persuade an endless parade of doctors that they really had gone insane and should be returned home to England.

Hill took to wearing a fez and drawing designs for a machine that, with a Heath Robinson-esque array of pulleys and ropes, could “unmoor” England, alongside plans for a plane that could hold 10,000 soldiers to overwhelm and take control of England by force.

Jones read the Bible so many times his eyes began to fail him. All the while, The Pimple made visits asking the captives to help him find the third vital clue.

“The spirits” told him that the third clue was actually buried back in Yozgat and that, with patience and an austere life, he would one day become ruler of the world – a promise The Pimple took entirely at face value.

Eventually, through their ingenuity and cunning, Hill and Jones managed to secure a berth on a homeward ship, the irony of the quite extraordinary venture being that the Armistice with Turkey was signed just two weeks after their steamer finally docked back in England.

Both Hill and Jones wrote books detailing their adventure. The book by Jones warned readers against being sucked into the bogus world of séances, spiritualism and, particularly, Ouija boards.

Jones sadly died of pneumonia aged just 51 back in Wales whilst Hill lived until 1975, dying aged 87 after seeing active service as a pilot in the Second World War and attempting to break the speed record for a London to Australia flight.

Whilst séances and Ouija boards may now have been entirely discredited, the art of the confidence trick to con people out of everything from their savings to their homes is, if anything, more virulent than ever.

What Jones and Hill managed to achieve is perhaps, one of the few times in history where the art of the con has been used for the good.

“There’s a huge pathos to the fact that The Pimple found Jones’ address and kept on writing to him back in Wales,” says Fox.

“He was a true believer and he really did think that Jones and Hill would one day come back to Turkey and help him find the treasure.

“It really shows the dangers of what can happen when you become a ‘true believer’ in things – despite all the evidence against it being real.”