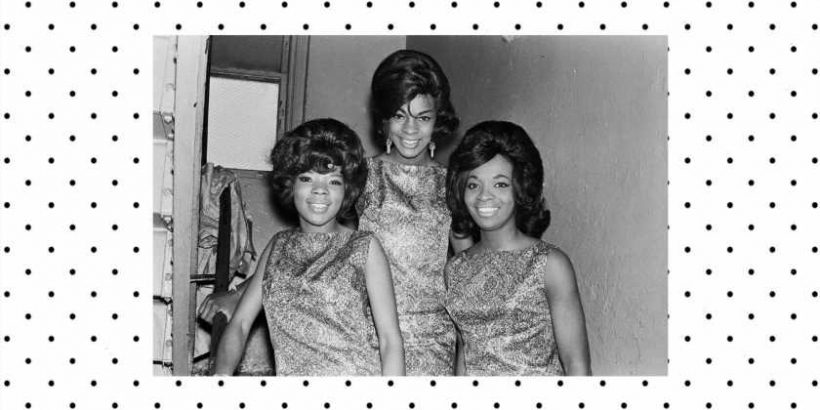 In her new book, The Sound Of Human: How Music Shapes Our Lives, music journalist Jude Rogers explores the deep-rooted power of music. In this extract, she explains how Martha Reeves and the Vandellas’ song Heat Wave has soundtracked her life and shaped her most important relationships.

When I think of Martha Reeves and the Vandellas’ ‘Heat Wave’ – which is, on most days, my favourite love song of all time – I can’t think of a time it’s not been in my life.

It’s so well-known, it almost feels like a part of humanity’s collective folk memory. Motown’s biggest singles keep travelling into tiny corners of the world through the smallest networks – bar jukeboxes on soap operas, or regional radio stations on dull weekly commutes – into the memory banks of disparate families and friends.

The song pivots from its bouncy opening bars to a first verse which plummets us downwards. Here comes tension in a mournful, minor key, then the ‘burning’ arrives; ‘desire’ starts to fill us up from inside. The bassline then lifts us, from the fourth note to the fifth, before it crashes back down again to repeat the same phrase, to return to the emotional quicksand.

Here is a young woman finding herself stuck in a pattern: she has to pull herself up. Then the bassline rises tone by tone towards the chorus, and the major key appears out of nowhere – and Reeves emerges glorious, elated.

The joy I find in ‘Heat Wave’ is its cycle of doubt and delight, worry and wonder. This is where love begins. In the chorus, Martha sings about not being able to stop crying but sounds like she’s almost relishing that release.

I love the contributions of the Vandellas – Rosalind Ashford and Annette Beard – adding their own exclamations behind their friend’s proclamations. Some of them are gutsy, rallying oohs, others hand-holding enthusiastic encouragements. ‘It’s all right, girl!’, ‘Go ahead, girl!’, ‘Can’t miss it, that’s love, girl!’

I feel my shoulders happily relax every time they appear. I’m reminded of the women who stand behind their friends when a feeling is on the cusp of volcanic eruptions, who share their excitement when it’s needed, who hold their hands, tenderly, tightly, when it all falls apart.

Jude Rogers’ new book The Sound of Human: How Music Shapes Our Lives explores the deep-rooted power of songs.

‘Heat Wave’ also reminds me of the last time a big relationship in my life was beginning. I was a young girl at a party in midwinter when our love ignited. I’d known him since 2001, and first seen him on stage with a band, playing a set before my friend’s group, who were, fittingly enough, called The Loves.

I caught two songs at the end of the set. He had a high, intriguing voice, a nice face. He was taken. I went out with a school friend of his for the next two-and-a-half years, until one day we kissed – and suddenly he was everywhere. He was everyone. Whenever I was with him, it was love, something surging inside.

‘Heat Wave’ is ours too, but ‘Heat Wave’ is also mine, and it is also everyone else’s. It was the second song at our wedding for that reason. To share what love feels like, in our hopes and our dreams, our memories and everyday realities – and our glorious pop songs – is one of the greatest gifts life can give.

The Sound of Human: How Music Shapes Our Lives by Jude Rogers (£16.98, White Rabbit) is published on April 28.