Kick off Christmas with Crouchy and co: Our ultimate selection of this year’s best sports interest books 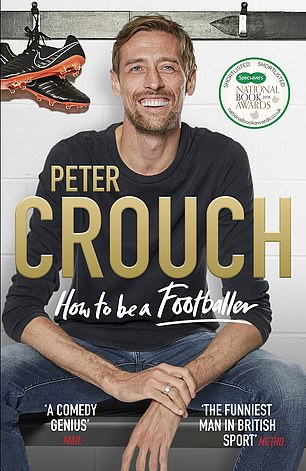 HOW TO BE A FOOTBALLER

Who knew that a footballer could be funny? Peter Crouch is the beanpole striker who has played for England 42 times and holds the record for the most headed goals in Premier League history — mainly because he was so much taller than everyone else.

And now, he turns out to be a genuine droll, with a gimlet eye for the absurd. This isn’t an autobiography, more a series of humorous observations. What you realise, as you laugh out loud, is that football has been taken too seriously by too many people for too long.

‘Plan your goal celebration wisely’ is sage advice, otherwise you’ll look like a prawn. Tattoos are ridiculous: he lists some of the daftest. Footballer Nile Ranger has ‘Ranger’ tattooed across his face. Crouch writes: ‘I don’t understand this one . . . surely he’s not going to need reminding of his own name.’ Endorsements, clothes, haircuts, Steven Gerrard: all come under the unforgiving Crouch gaze. Most other football books wither by comparison. 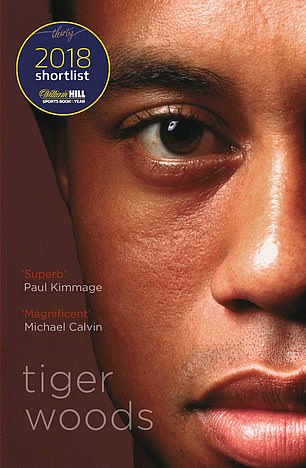 A Huge and possibly definitive biography of the great golfer, breathlessly described here as ‘arguably the greatest individual athlete in modern history’. (Other than Pele, Ronnie O’Sullivan, Michael Schumacher, Sir Garfield Sobers and about a dozen others.)

Maybe the writers are so nice to Tiger in the introduction because they spare him no blushes in the rest of the book. He emerges as a lonely, introverted, socially inept golf machine tutored in the game pretty much from the day he could walk. His crash, when it came, was utterly inevitable.

The authors have talked to everyone other than Woods himself, of course. You end up feeling terribly sorry for the poor man, driven to excellence on the golf course by his deranged dad and almost totally uselessness everywhere else. This could be the best book on how not to parent since Gina Ford’s Contented Little Baby Book. 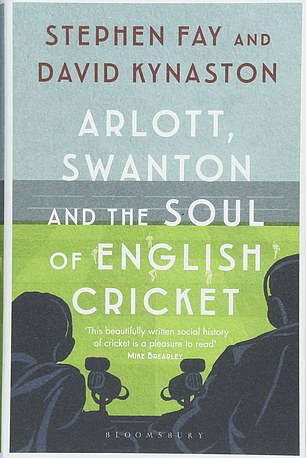 ARLOTT, SWANTON AND THE SOUL OF ENGLISH CRICKET by Stephen Fay and David Kynaston (Bloomsbury £20, 400 pp)

ARLOTT, SWANTON AND THE SOUL OF ENGLISH CRICKET

Fay was editor of Wisden Cricket Monthly, while Kynaston is best known for his doorstop social histories.

Together, they have written this admirably ambitious book, which maps 20th-century cricket history through the different prisms of two of its greatest commentators, John Arlott and E. W. Swanton. Arlott was a former policeman who identified with working-class cricketers and drank red wine as though it was going out of fashion. Swanton was a straight-down-the-line Tory who preferred public school cricketers and sat in high judgment on the game he loved.

Neither was straightforward, or even very likeable, but Fay and Kynaston have done a magnificent job tying in their personal histories, with the game as a greenswarded backdrop.

In fact, this is one of the best cricket books I’ve read in years: it makes long-forgotten matches live and breathe as though they were played yesterday. 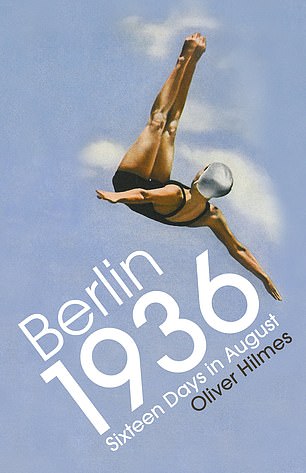 The Nazi Olympics of 1936 were, one likes to think, a one-off: the usual global sporting celebration suborned as propaganda by some of the nastiest people who ever lived.

Oliver Hilmes takes the events day by day and writes about all the people involved: athletes, journalists, politicians, nightclub owners — and Nazis, Nazis and more Nazis.

It’s all here: the black American athlete Jesse Owens charming the world and infuriating the Third Reich with his four gold medals, gay men waiting for the knock on the door from the Gestapo, spies, Jews, foreign journalists looking for dirt.

Eighty years after the events it depicts, Berlin 1936 is a small masterpiece — you actually feel like you were there, to the extent that you begin to worry about getting a knock on your door from the Gestapo yourself.

The book was originally in German, but Jefferson Chase’s translation is so perfectly judged, you’d never even notice.

Inside Naya Rivera's Legacy as an LGBTQ TV Trailblazer: 'Meant So Much to So Many Queer Women'