Never write a letter to your mistress and NEVER join the Carlton Club! So ranted the Duke of Wellington, after a clubland snub – As this revealing history shows, London’s exclusive clubs have always been home to the great, the good and the downright rude

There are some parts of London which are necessary and others which are contingent, Iris Murdoch once said.

Necessary, in my view, are its parks and garden squares, the immutable open spaces. Contingent are its clubs, which rise and fall with the seasons and often migrate (or merge) across town.

This book vividly captures clubland’s brief history in all its transient (and occasionally squalid) glory.

In 1785, in what must be the earliest known precursor to the mile-high club, Lord Derby agreed to pay Lord Cholmondeley 500 guineas (equivalent to £75,000 in today’s money) ‘whenever his Lordship f***s a woman in a balloon one thousand yards from the Earth’. 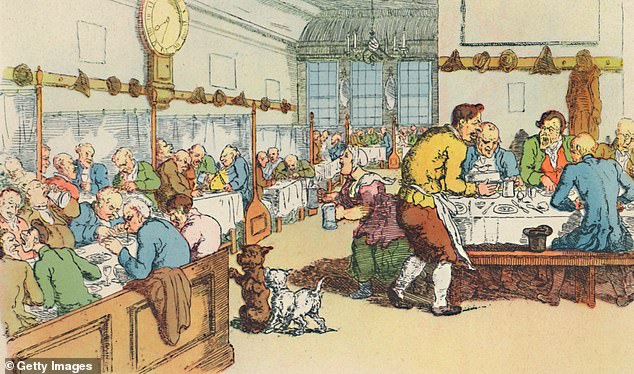 The outcome of this wager in Brooks’ Betting Book is not recorded, but such high jinks were widespread in Regency clubland.

London’s clubs may be seen by outsiders as impenetrable palaces of power and influence but, as the author reminds us, they had less salubrious origins.

Clubs evolved from 18th century taverns, coffee-houses and chocolate-houses — which were rowdy, anarchic and sybaritic — quite unlike today’s more sedate establishments on Pall Mall such as the Reform Club and the Travellers Club.

A contemporary 18th-century journal complained of ‘Coffee-House Savages’, a group of upper-class rakes intent on mayhem ‘who make such an intolerable Noise with their filthy Ribaldry & Horse-laughs, swearing and cursing, and damning themselves and cursing the Waiters, and blaspheming all that’s sacred, that they disturb Every Body about ’em.’

So far, so louche. But coffee-houses also helped pep up the body politic, as they gave birth to journalism (the Tatler was launched in 1709 and the Spectator in 1711 by those coffee-house aficionados Addison and Steele) and doubled up as post offices for the internal London penny post.

By 1720, there were 2,000 coffee-houses in London and other cities. Many were located near St James’s Palace, the monarch’s then London residence, and royal gossip percolated through the streets. Some became hotbeds of political dissent, causing Charles II to issue a Proclamation for the Suppression of coffee-houses in 1675. Such was the public outcry it was not widely enforced.

In 1689, a women’s petition against coffee claimed ‘that the dry enfeebling liquor’ was the cause of loss of libido in men. Yeah, right.

The more likely reason for their husbands’ supposed loss of libido was the proximity of coffee-houses to brothels. Some lower-class brothels, known as ‘cock & hen houses’, masqueraded as coffee-houses. (There were even publications listing young women by name and cataloguing their physical attributes. One is described as being ‘tolerably well-made, with well-formed projecting bubbies, that defy the assault of any manual pressure.’) 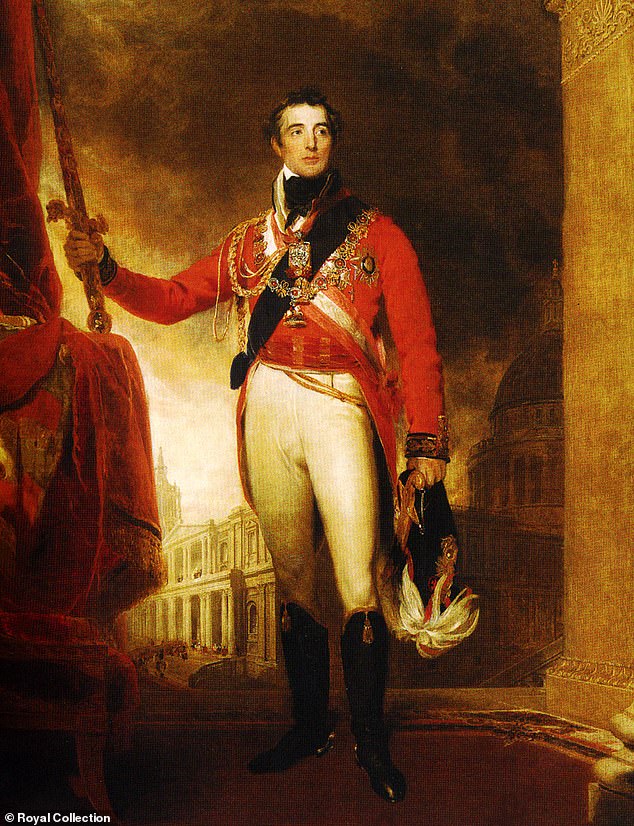 The Duke of Wellington (pictured) was snubbed by Sir Robert Peel, he advised others never to write to their mistresses or to become a member of the Carlton Club

The houses became less subversive and more socially acceptable, and they morphed into private clubs with their own arcane rituals and regulations, pioneered by White’s, which introduced membership by secret ballot.

Boorish behaviour continued, albeit behind closed doors. The dissolute hero of Hogarth’s A Rake’s Progress, Tom Rakewell, who was en route to gamble at White’s, is symbolic of the excesses of the Regency age. Around the same time, Dr Johnson coined the term ‘unclubbable’ — one not fit for membership of a club — for his first dictionary.

Blackballing (or rejecting by secret ballot) individuals proposed for membership also became part of club folklore. When notorious duellist George Fitzgerald applied to join Brooks’s, he was blackballed. Not one to take no for an answer, he paced to and fro in the lobby, and confronted everyone on the election committee demanding to know who had cast the blackball. It prompted the Earl of March to respond: ‘Try the effect of two balls: damn his Irish impudence if two balls don’t take effect, I don’t know what will.’ 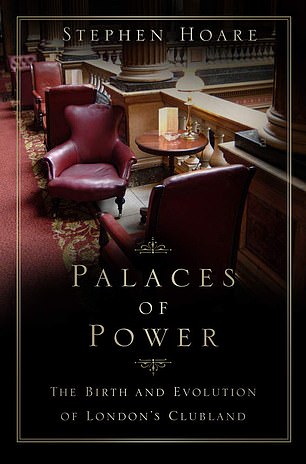 The author doesn’t hold back from historical shaming. Brooks’s club, we learn, supported Napoleon. Not that the French Revolution didn’t have beneficial consequences for clubland.

The imminent risk of French invasion after 1789 led to a steady stream of aristocratic emigres across the Channel, including a number of talented chefs keen to place their skills at the service of ‘les rosbifs’.

The author enlivens his narrative with some entertaining anecdotes and a splendid cast of characters from that well-known dandy Beau Brummell, who appraised ladies from the large bay window in White’s, to Colonel Dan MacKinnon, a Battle of Waterloo veteran and founder member of the Guards’ Club, who amused his friends by climbing over the furniture like a monkey and dressed up as a nun to play a joke on the Duke of Wellington; and Charles James Fox, the notorious gambler who would drop £12,000 in an afternoon.

The new generation of clubs in the Victorian age reflected higher ideals and aspirations — Sir Charles Barry, who rebuilt the Palace of Westminster in the 19th century, designed the Travellers Club in 1832 and the Reform in 1841.

But Hoare also chronicles the famous Garrick feud between Charles Dickens and William Thackeray occasioned by malicious gossip, as well as the Duke of Wellington’s advice to others: ‘Never write a letter to your mistress and never join the Carlton Club,’ after being snubbed by Sir Robert Peel on the club premises.

This book inevitably focuses on the venerable historic clubs at the expense of more contemporary establishments, so modern-day counterparts such as Soho House and the Groucho warrant just a fleeting mention. From a peak of 400 gentlemen’s clubs in the late 19th century, the author tells us clubland now comprises just 50 clubs. That’s contingency for you.