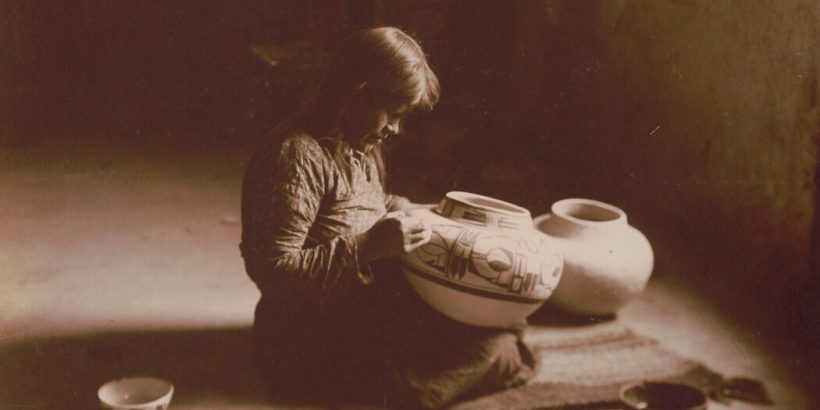 Are historical re-enactors in a faux-colonial village engaging in craft? Are hobbyists working from a D.I.Y. kit purchased from Hobby Lobby? Is the American Federation of Labor a craft organization? Were the atomic bombs dropped on Hiroshima and Nagasaki products of craft? “Whenever a skilled person makes something with their hands, that’s craft,” according to Glenn Adamson, a scholar and the former director of the Museum of Arts and Design in New York. So, yes, to all of the above.

Adamson’s new book, “Craft: An American History,” is less an examination of traditions and techniques than a blow-by-blow chronicle of this country through the lens of craft, from the European settlers to the maker movement and so-called craftivists of today. That no one has ever previously attempted this may be because when we bother to think about craft at all, it is usually through a gauzy haze. Yet Adamson manages to discover “making” in every aspect of our history, framing it as integral to America’s idea of itself as a nation of self-sufficient individualists. There may be no one better suited to this task. 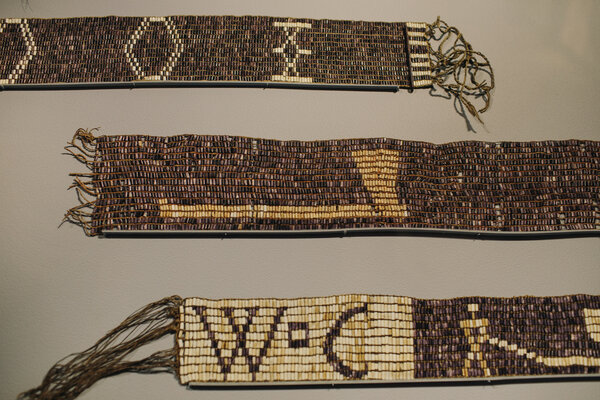 This is, however, no feel-good quilting circle of a book. “Craft” aims to reckon with the shameful way we have treated and viewed those who handbuilt the country: Indigenous people, African-Americans, women and the working class. “Craft” tracks a legacy of extermination, decimation, oppression, forced assimilation and marginalization. Even on the upside, Adamson argues, when we try to do better by craft and its practitioners through philanthropic support and education, we are often guilty of idealization, appropriation, fetishization, commercialization and exploitation.

The story begins with the colonists surviving on the know-how of Native people — remarking on their vital manual skills while disdaining them as uncivilized savages lacking in rational intelligence. A false dichotomy takes hold, involving the denigration of making and the elevation of knowing, and it is one that we have carried nearly intact to the present day. We suffer from a Cartesian dualism of mind and body, between intellect and manual competence.

Even before industrialization, which killed craft as the only way of producing the things we need, we seldom valued the meaning or satisfaction that can be derived from skillful manual work. In 1776, in “The Wealth of Nations,” Adam Smith advised that “skill, dexterity and judgment” must give way to the imperative of efficiency. In a world where time is money, a sticking point for craft is always time.

Adamson offers the example of wampum, the lengths of patterned beadwork masterfully crafted by the Wampanoag in the Northeast, which were simultaneously a medium of communication and a form of currency. The beads were painstakingly fashioned from the shells of the whelks and clams that sustained their makers. Makers worked the shells on a loom strung with plant fiber and finished them with hide or gut. Wampum were decorative, useful and culturally significant. The English, appreciating the value of wampum solely as currency, tried to fashion the beads into American coinage, but found it too difficult and time-consuming. The English naturalist John Lawson explained in 1714 that the Indians could afford to make wampum because they “are a people that never value their time.”

Knitters at Knitty City in New York making “pussy hats” to donate to the 2017 Women’s March on Washington.

When Emerson and Thoreau heralded the slow life in nature, believing that material experience was a means to accessing transcendental truths, they merely turned the old dynamic on its head: They embraced artisanal skills as a way of depreciating modern industrial society. Indeed, none of the myriad well-intentioned but ultimately failed craft revivals of the 19th and 20th centuries, from the Arts and Crafts movement to utopian communes, could bridge the gap between craft and capitalism.

Adamson argues that artisanal work can never have a significant impact on the economy (or the environment), as it is never the most efficient way of producing goods and is impossible to scale. Craft still comes down to one person making one thing at a time. Its value is hidden: Woven into a handloomed blanket are human ingenuity, patience, an understanding of materials and a dialogue of give-and-take with those materials. And invisibly present is the handed-down know-how of weavers past. “Too little value, too much time,” the criticism that Adamson says settlers leveled against wampum, still holds sway.

But isn’t time something we value more than ever? Craft’s current revival is happening in part because making is an essential human impulse with which many of us have lost touch. But another driver may be that modern consumer society has grown dissatisfied with using economic efficiency as a basis for appraising time. Two of the most recent of America’s many craft revivals are craftivism, an unappealing term for feminist-inflected craft activism that draws on traditional women’s work, like the knitted pink pussy hats, and the largely dude-driven maker movement, which hews to pioneer ruggedness. Both utilize craft as a means to change how we view the world, and how we live and behave in it. And this time around, Adamson is hopeful.

What’s new is the digital distribution of ideas and goods through social media and e-commerce. Groups of makers can finally claim their own identities and tell their own stories. They can also sell their wares directly, unimpeded by physical location, middlemen or prejudicial practices. This paradigm shift opens up opportunities and provides market access to makers on their own terms, maybe even offering a way to sidestep what Adamson refers to as Smith’s “imperative of efficiency.” Perhaps, finally, time is on craft’s side.