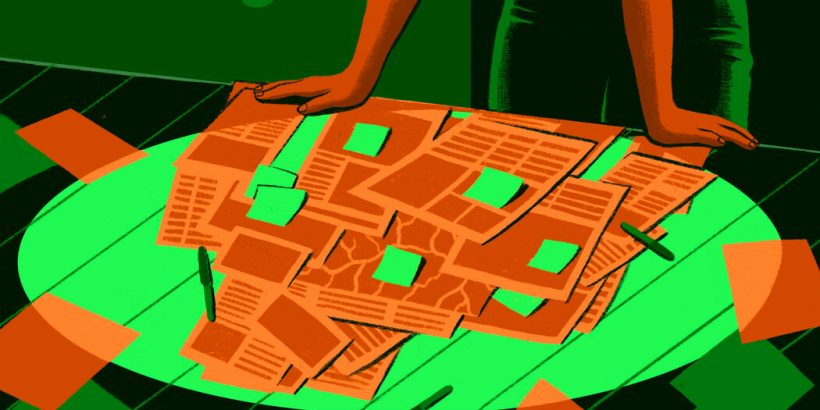 WHEN THE STARS GO DARK
By Paula McLain

Having turned the last page of Paula McLain’s latest novel, I found myself almost wishing I’d read the author’s note first — spoilers and all — if only to appreciate from the outset the deep personal connections the writer, best known for “The Paris Wife,” has baked into this dark detective novel set in the early 1990s.

Detective Anna Hart flees her home in San Francisco to her native Mendocino, driven there in the wake of an unspeakable tragedy that leaves her with a raging case of mastitis and a freighter’s worth of emotional baggage. There, she becomes embroiled (or, more to the point, embroils herself) in a spate of cases involving missing girls — her specialty. Anna’s central focus is Cameron Curtis, the daughter of a former actress, whose disappearance bears a striking resemblance to the disappearance and murder of Jenny Ledford, a girl from Anna’s high school orbit.

What follows is a thoughtful exploration of the rippling impact of early trauma, perfect for true-crime aficionados and fans of “Law & Order: SVU” who find themselves eager to challenge the genre’s laser focus on perpetrator psychology over victimology.

Anna Hart, it turns out, is tailor-made both for cracking the case and for probing the book’s central themes. Her outspoken empathy feels downright refreshing in a fictional detective, and entirely believable because of the trauma in her own story: Anna’s mother overdosed on Christmas Eve, leaving behind a brood of kids, of whom Anna is the oldest. Though she tried to hide the absence of a grown-up in the apartment in order to keep the family together, one slip-up led to the children being separated.

After being shuffled from foster home to foster home, Anna landed with two loving foster parents who instilled in her a love of the perilous California landscape and survival skills to match, two things that will come in handy later. But even that storybook chapter veers into tragedy. If Anna’s own circumstances sound like a lot to keep track of, that’s because they are. A glut of names, places and time periods occasionally had me mentally scurrying to play catch-up, but ultimately didn’t distract from my desire to find out whodunit. Hang in there.

Anna uses her own painful history, including curiosity over the murder of her high school classmate, to decode how Cameron and the other missing girls “got drawn into the story in the first place, how certain sets of experiences made them vulnerable, and not just in a general way either but to the particular predators who targeted them.”

McLain is unflinching in her insistence that the study of the girls’ psyches is just as important to an investigation as profiling the bad guy. Anna refers to the hallmarks of early childhood trauma as “bat signals.” She asks an old friend, “We all come into the world with a pure bright light, right?” When he agrees, she goes on, “But then for some kids — one in 10, maybe, though it might be closer to one in four — really hard stuff happens to them, in their own family, or by an acquaintance whom that family trusts.” Anna explains how these kids don’t have the tools to process what they’ve been through, “so silence follows. Complicity. Shame,” and eventually every “psychopath, sociopath, sadist, alcoholic, narcissist” comes running.

Fair warning: Some readers may find this line of inquiry uncomfortable. But maybe that’s the point. Trauma, while hard to look at, does turn insidious when allowed to fester in the dark, unseen.

McLain’s prose is almost lyrical, especially when she turns to the untamed landscape of coastal California. But when it comes to descriptions of death, assault and abuse, she writes with measured restraint, a choice that forces the reader to accept these horrific events as grim reflections of our real world rather than gratuitous story machinations. In fact, McLain intentionally blurs the line between fact and fiction by braiding actual missing persons cases into the narrative, a touch that promptly sent me down several internet rabbit holes.

As Anna tries to find out what happened to Cameron and the other girls, her willingness to consider the mystical brings interesting texture to an otherwise grounded detective novel. It’s sort of like tasting a secret ingredient in a recipe and not quite being able to place it. McLain introduces a psychic and invokes intuition and predestination as valid guiding lights for her characters. Could it be fate that’s brought Anna to Mendocino to find Cameron Curtis?

After a gut punch that reveals what sent Anna up the coast, McLain puts her heroine in mortal peril to deliver the kind of heart-pounding conclusion that thriller fans crave. As a bonus, avid readers of the genre will be pleased to find they’ve picked up several kernels of intellectual nourishment along the way. In the end, a book full of darkness lands with a message of hope: Instigators of trauma don’t always have the last word.