The Mississippi-born poet Natasha Trethewey has an exalted résumé — she has served two terms as poet laureate, and she won a Pulitzer Prize in 2007 for her collection “Native Guard” — but her poems are earthy; they fly close to the ground.

Like Philip Levine, who wrote about working-class life in Detroit, Trethewey observes the lives of people who toil with their hands: seamstresses, maids, beauticians, and the dock and factory workers in and around her hometown of Gulfport.

These are people who arrive home late and, spent from the day’s hassle, tend intimately to one another. In an early poem called “His Hands,” a man returns from the docks and from working crab traps for his family’s supper, and we read:

Putting her hands to his, she pulls him in,
sets him by the stove. Slowly, she rubs oil
into his cracked palms, drawing out soreness
from the swells, removing splinters, taking
whatever his hands will give.

The blues in a person’s life tend to settle in, the critic Albert Murray wrote, like bad weather. Weather and trouble walk hand in hand in Trethewey’s work.

Her men and women have been through the devastation of Hurricane Camille in 1969 and, in her later poems, Katrina. They scan the skies, fearful of being sent back to another FEMA trailer of the human soul. (In 2010, Trethewey published a short memoir called “Beyond Katrina: A Meditation on the Mississippi Gulf Coast.” It was a missed opportunity, a sometimes vivid book marred, oddly, by stilted academic language.)

You sense NOAA satellites gazing downward in her poems, paying mute witness to the lives below, like the disembodied eyes of Dr. T. J. Eckleburg on the billboard in “The Great Gatsby.”

Trethewey pivots knowingly, in her poetry, between hard times and good ones. The poems are replete with animal pleasures, from neck bones simmering in a pot and buckets of peas ready for shelling to ecstatic dancing and brassy songs on car radios.

parlor music, blues parlando —
Big Mama, Ma Rainey, Bessie —
baby shake that thing like a saltshaker.
Lipstick, nylons
and she’s out the door,
tipping past the church house,
Dixie Peach in her hair,
greased forehead shining
like gospel, like gold.

That’s the sort of poem that can make one utter little curses of appreciation.

Many of Trethewey’s poems have dates in their titles. She drops you into a drapery factory in 1956, a New Orleans beauty academy in 1945. She writes about the first black Civil War regiments. In her work, those who are gone linger like ghosts. The delicate branches of her verse run you along a harrowing borderline of substance and illusion. 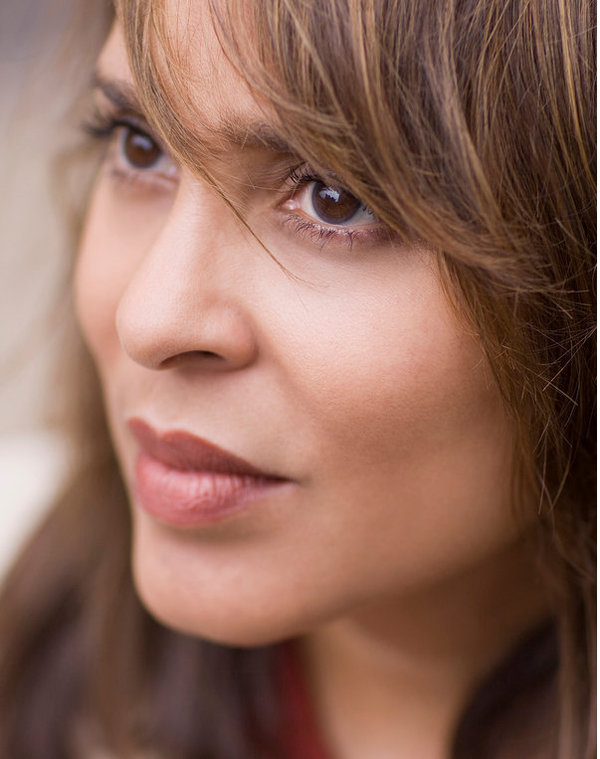 Some of her most serious, subtle and flexible poems gaze back at the work of male artists. There are several indelible poems here from her 2002 collection “Bellocq’s Ophelia,” written in the persona of a light-skinned black prostitute who was photographed by E.J. Bellocq, the photographer who took haunting portraits in Storyville, New Orleans’ red-light district.

Trethewey is the daughter of a white man and a black woman. In a poem titled “Help, 1968,” which is subtitled “After a photograph from ‘The Americans’ by Robert Frank,” she writes,

When I see Frank’s photograph
of a white infant in the dark arms
of a woman who must be the maid,
I think of my mother and the year
we spent alone — my father at sea.

That poem continues: “That year, / when my mother took me for walks, / she was mistaken again and again / for my maid.”

Trethewey’s most memorable poem — it burned into my retinas the first time I read it — may be the one that recounts a dream in which she mingled with the “Fugitive poets,” an important group of white, male southern writers who came together at Vanderbilt University around 1920.

The political views of the Fugitives were complicated, but there’s no doubt some held racist views. Trethewey’s poem is titled “Pastoral,” and it reads in its entirety:

In the dream, I am with the Fugitive
Poets. We’re gathered for a photograph.
Behind us, the skyline of Atlanta
hidden by the photographer’s backdrop —
a lush pasture, green, full of soft-eyed cows
lowing, a chant that sounds like no, no. Yes,
I say to the glass of bourbon I’m offered.
We’re lining up now — Robert Penn Warren,
his voice just audible above the drone
of bulldozers, telling us where to stand.
Say “race,” the photographer croons. I’m in
blackface again when the flash freezes us.
My father’s white, I tell them, and rural.
You don’t hate the South? they ask. You don’t hate it?

The least successful poem in “Monument” is a recent one entitled “Imperatives for Carrying On in the Aftermath.” It appears on this book’s first page, out of chronological sequence, and is thus intended as a thematic statement.

The poem is about domestic abuse, but it flattens its topic with therapeutic clichés (“Just breathe,” “Ask yourself what’s in your heart,” “let go your rage”). Don’t let this poem, like bad topiary outside a good museum, turn you around.

There are other soft spots in “Monument,” moments when Trethewey’s metrical dexterity slackens or her political points are too on the nose. These moments are swamped, however, by the author’s insistent intellect and her gift for turning over rich soil.

The human details in Trethewey’s work — those crabs, that music, those cracked palms — are like the small feathers that give contour to a bird’s wing. “Monument” is a major book, and in her best poems this poet soars.