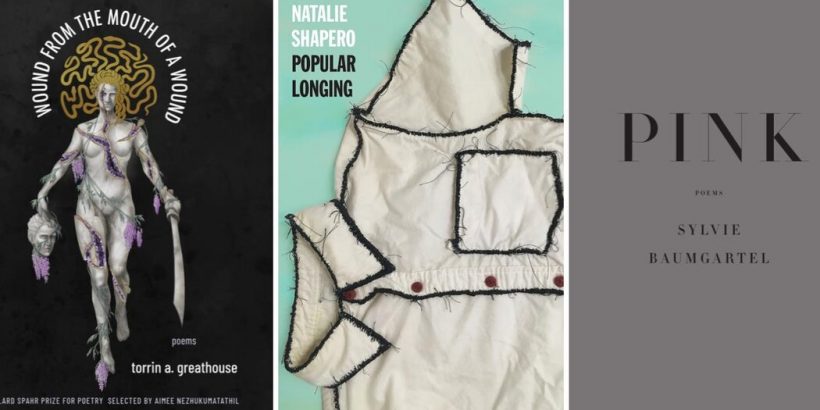 WOUND FROM THE MOUTH OF A WOUND: Poems, by torrin a. greathouse. (Milkweed, paper, $16.) The poems in this debut collection methodically subvert traditional notions of beauty, to show how they leave no room for a “transgender cripple-punk” like the author.

POPULAR LONGING, by Natalie Shapero. (Copper Canyon, paper, $17.) Shapero’s giddy, acerbic work is alert to the comedy of disconnection; in one poem, the speaker assumes that a recent restaurant boom is evidence that people “want new spots to fight, to squall / and snipe, lose their appetites.”

BEETHOVEN VARIATIONS: Poems on a Life, by Ruth Padel. (Knopf, $27.) Padel, whose previous collections include a verse biography of Darwin, here gives Beethoven the same treatment, summoning his “holy zone / of concentration” where “three descending semitones / say there is answer in the world.”

LITTLE ARMAGEDDON: Poems, by Gregory Fraser. (TriQuarterly, paper, $17.) In lyric lines and prose poems, Fraser distills quotidian details of marriage and parenthood into the stuff of rich observation. “I never tire,” he writes, “of searching for beauty inside spoilage.” 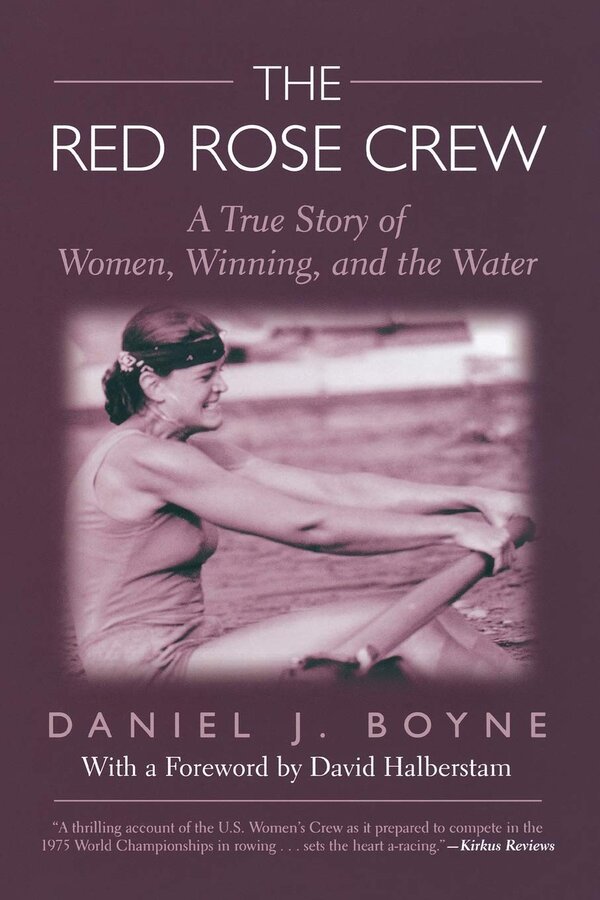 I had forgotten the intense purpose and fearlessness I derived from pulling on an oar, driving a long, skinny boat through the water with seven other women, until I began reading THE RED ROSE CREW. Few outsiders understand the high that comes from the intense pain of a crew race, but Daniel J. Boyne’s book about the women who won unexpected silver in the 1975 World Championships captures both the technique and the spirit of rowing a crew. Boyne weaves the personal struggles of several rowers with the women’s fight simply to be allowed into what was still considered a men’s sport. “The Red Rose Crew” takes readers through the mechanics of the stroke, to the thrill of the race, down to the final moment when “lungs felt like they were on fire” and quadriceps stung with “ice-pick-like pain.” Then it follows the women home to their next battles, like funding for boathouses, so that decades later, women like me would have a place to shower.