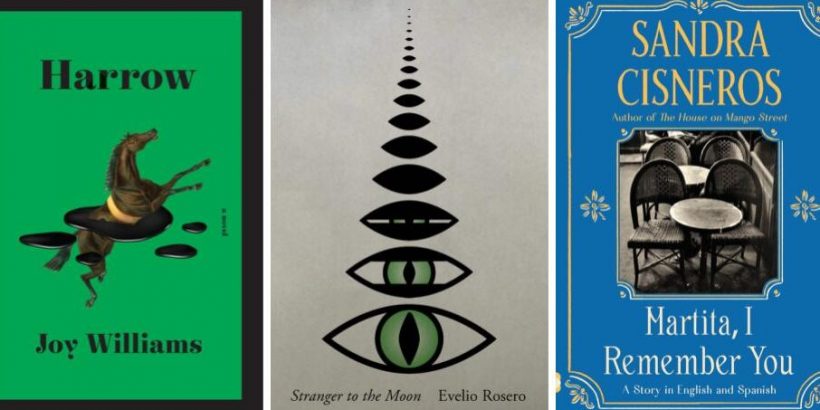 BURNING MAN: The Trials of D.H. Lawrence, by Frances Wilson. (Farrar, Straus & Giroux, $35.) This biography examines the English novelist’s life from 1915 to 1925, during a decade of intense writing and traveling. Letters, memoirs and diaries written by friends of Lawrence illuminate his three major crises and adversaries during the pilgrimage.

THE NEW YALE BOOK OF QUOTATIONS, edited by Fred R. Shapiro. (Yale University, $50.) An updated edition of the classic reference book contains over 12,000 quotations from all aspects of human activity, with attributions and new entries from public figures including Beyoncé, Louise Glück and James Comey.

LATE CITY, by Robert Olen Butler (Grove, $27.) In Butler’s latest novel, 115-year-old Sam Cunningham is laying on his deathbed when God visits, prompting him to re-examine his life from his early days as an Army sniper to his struggles while working as a newspaper reporter in Chicago.

HARROW, by Joy Williams. (Knopf, $26.) Khristen attends a boarding school for gifted teenagers in the middle of the desert until it closes its doors, forcing her to travel across the scorching landscape and live in a community determined to revive a dying planet.

THE POETS OF RAPALLO: How Mussolini’s Italy Shaped British, Irish, and U.S. Writers, by Lauren Arrington. (Oxford University $35.) Through letters, diaries and photographs, Arrington explores the creative and political lives of Ezra and Dorothy Pound, W. B. and George Yeats, Richard Aldington and Brigit Patmore, and other poets living in Italy during Mussolini’s regime.

STRANGER TO THE MOON, by Evelio Rosero. Translated by Victor Meadowcroft and Anne McLean. (New Directions, paper, $13.95.) In this parable of Colombian society, naked humans are violently subjugated and imprisoned by clothed ones in a strange, repressive world. Where insect and reptilian spies abound, one naked rebel seeks retribution.

A SINGLE ROSE, by Muriel Barbery. Translated by Alison Anderson. (Europa, $22.) A 40-year-old Parisian botanist travels to Kyoto to attend the will reading of a father she’s never met. When she arrives, she learns he has left her an itinerary that will change her life.

MARTITA, I REMEMBER YOU, by Sandra Cisneros. (Vintage, paper, $12.95.) After rediscovering an old letter, Corina reminisces on the year she left Chicago and her Mexican family behind to chase her dream of becoming a writer in Paris in this sentimental, dual-language story.