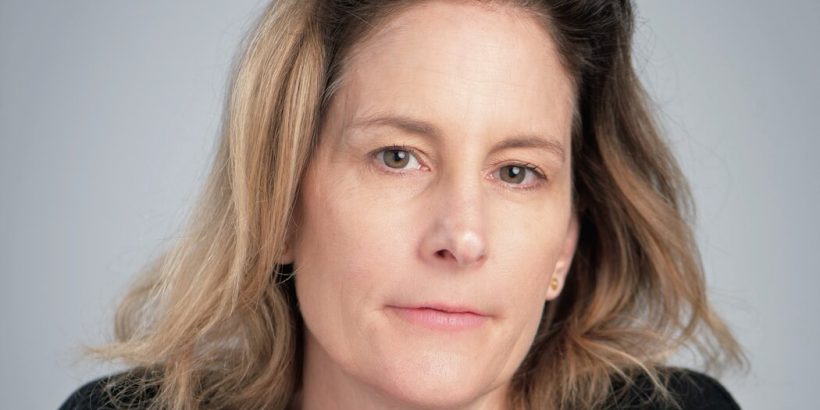 Wolves, low-snouted and hungry, haunt Thoreau’s “The Maine Woods.” He startles at their howls, “as if a hundred demons had broke loose,” and parses the tree line for their silhouettes, though they never appear. The literature of American exploration is filled with the baying, prowling creatures — in novels like Willa Cather’s “My Ántonia,” James Fenimore Cooper’s “The Last of the Mohicans” and especially Laura Ingalls Wilder’s Little House series, where children learn to fear them — symbols of America’s wild spirit, pushed farther and farther from society by man and machinery. Wolves are a lost bit of America.

In Susan Conley’s “Landslide,” Jill Archer, a documentarian who lives on a small island in Maine’s Penobscot Bay, refers to her two sons as “the wolves.” Seventeen-year-old Charlie and 16-year-old Sam aren’t dangerous, per se, but there is a snappish, feral quality to them; they snarl and pick fights with her, whine for pasta or sandwiches, wander lonely just outside her periphery. Like Thoreau’s creatures, they’re remote and misunderstood, constantly out of reach.

Jill’s husband, Kit, one of the few remaining fishermen in their coastal town, has been hospitalized in Nova Scotia after the engine of the swordfishing boat he was working on exploded, breaking his right femur and potentially ending his career. In the wake of his accident, uncertainty destabilizes the entire family. Sam posts a photo of himself smoking pot and begins failing tests. Charlie burrows into a fantasy life with his girlfriend and her cozy family. Jill sputters and flails, wondering how to usher two boys through the gantlet of 21st-century masculinity.

Deterioration marks every aspect of “Landslide,” which is enveloping and warm, if slightly undercooked and sometimes flat-footed. The romance of Jill and Kit’s courtship — “the sweet, early years,” when they “used kerosene lamps and made clearings for the gardens and built the woodpile up” at their creaky island home — has had the polish rubbed off after almost two decades. Their love is baked in but negotiated: Kit is at sea for weeks, enamored of who he is when he commands a vessel and carries on his family lineage. Trauma has rubbed away at Sam’s sense of self; two years earlier, he watched his closest friend fall between the boards on a crumbling bridge and drown in the water below. Now he has what his counselor calls “a willingness to self-sabotage.” Their town is a picture postcard of iconic New England, except commerce has been erased by a collapsing ecosystem and industry. At one point their own dock even floats away.

This isn’t Thoreau’s Maine, land of ancient verdure and abundance. “Red tides” tie-dye the navy waters. A shut-down shrimp fishery has slashed hauls and income for captains and their crews. Jill notes that three rich Arizonans have used their oil money to buy up most of the fishermen’s houses in a nearby cove: “Now the brothers want to impose a new noise ordinance. They’ve been seen at town meetings talking with straight faces about how they didn’t come to Maine to get woken at 4 a.m. by lobster boats.”

Little cracks have sprouted in every inch of the fortification around Jill’s life, and she struggles to keep them from spreading. Her questions are the same as every other mother’s: How much leeway is the right amount? What’s stifling and what’s protective? Motherhood is a shimmy, a step forward, a leap back. On a drive to visit Kit in the hospital, Sam mentions to her that he’ll “probably have to try” drinking, for the sake of experimentation. Then again, he considers, maybe he’ll be the designated driver for friends. When she points out that underage drinking is illegal, Sam shuts down. “Now I’ve ruined it,” she thinks.

Conley’s writing can be uneven, but there’s a lot of heart in it — a compliment that sounds treacly but is meant earnestly. She has a gift for writing tiny, meaningful interactions. When the boys reject Jill’s pancakes as sour, she puts down her spatula and goes outside to cry; they mash their faces against a window in silly-faced recompense. Sam asks if they can quietly read next to one another, “a sweet leftover from when he was young that he hasn’t let go of.” Charlie comes in and lies on top of them — a boy’s gesture at physical communion — and they all silently surrender to love.

Jill has other concerns, too — her half-started documentary about their village, Kit’s flirtation with his boat’s cook — but mothering is a trash compactor that crams everything else into a condensed little square. And what is a mom to do with boys these days? That’s not a question with an answer — nobody but the sanctimonious, it seems, really knows precisely how to make good men.

Cold sets in, and the Archers move off their little island for the coming long, dark season, just as Sam drifts out of reach and Jill frets more over her husband’s return than she did his absence. But winter is the season of wolves: They are prepared for hardship, ready to court and frolic even in the deepest snowbanks. Conley isn’t afraid to inject a little hope that these creatures will find their way back home.