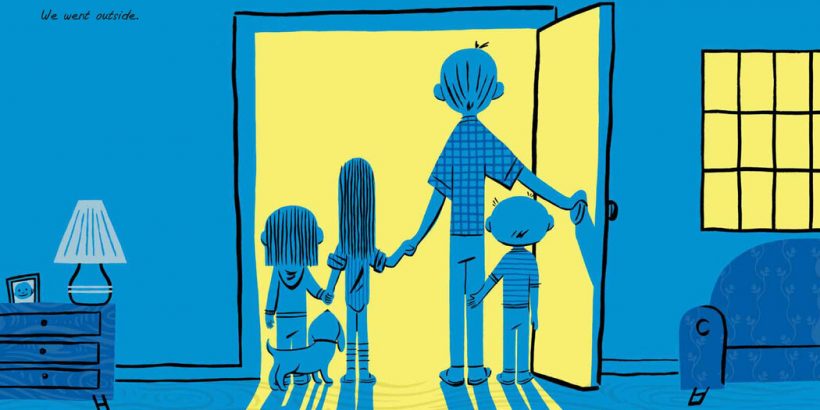 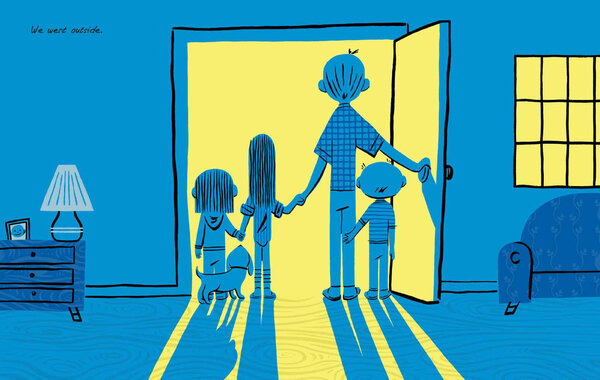 THE LONGEST STORM
Written and illustrated by Dan Yaccarino

INSIDE CAT
Written and illustrated by Brendan Wenzel

THE IMPOSSIBLE MOUNTAIN
Written and illustrated by David Soman

“No one knew how long it would last. We were going to have to stay inside, maybe for a long while.”

That’s a quote from the author-illustrator Dan Yaccarino’s “The Longest Storm.” I don’t know for sure whether this plain-spoken but boldly graphic picture book was intended to resonate with recent history — picture books can take years to produce — but resonate it does. Yaccarino’s storm lasts for days, maybe even a week or more. Ha, any contemporary reader may well scoff, that’s nothing when it comes to being cooped up. But until paging through “The Longest Storm” and two other new picture books that may or may not have been inspired by life during Covid-time, I hadn’t quite realized what an infantilizing experience lockdown had been, especially in its earliest days, when so many of us were reluctant or unable to venture outdoors at all. Like toddlers, we not only had limited autonomy, but we were also living in a world where inside-outside was once again a primal divide. If you’re looking for silver linings, the pandemic at least encouraged us not to take the quotidian for granted.

This, of course, is fertile picture book territory: the fresh eyes on absolutely everything that Margaret Wise Brown called “the first great wonder at the world.” There are plenty of recent picture books meant to explain the pandemic to children, to soothe them in the manner of stories about dead pets or grandparents. There is even a picture book biography of Anthony Fauci that might make a fine baby gift with which to needle your Fox News-addicted cousin. But “The Longest Storm” digs into the experience of lockdown — the sheer endurance required and the psychic toll. The story ends with the opening of a door onto an outside world that is both exhilarating and humbling. So too, with a little less feeling and a lot more overt wit, does Brendan Wenzel’s “Inside Cat,” another visually sophisticated tale steeped in confinement. But once past the threshold … then what? That’s a question for David Soman’s sumptuously illustrated “The Impossible Mountain,” a parable about conquering fear and venturing out into the world. Which also strikes a chord, no? As might the word “impossible” itself.

Yaccarino’s book is centered on a family headed by a single father — photos glimpsed in the opening spread imply he’s a widower — with a preteen daughter and two younger twins. The story is about the grind of being housebound: the aggravation, the fraying nerves and emotions. “Being home together like that, all the time, felt strange. But soon it went from strange to bad, to worse. And just when it felt like it couldn’t get any worse … It did. We were completely sick of each other.”