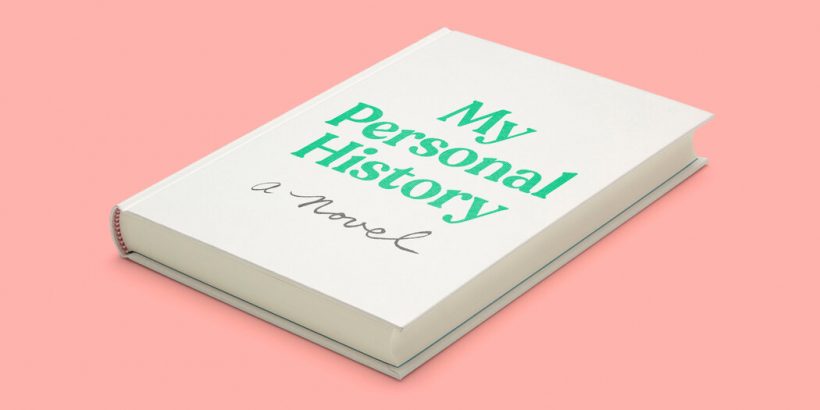 In February 2020, at a book party in a Brooklyn brownstone, a smiling stranger walked up to me. “We have something in common, you know,” she said. “We conceived our children without having sex.” My memory of the exchange then goes blank for a moment — I must have spluttered some confused pleasantry in response — but it quickly emerged that she had read my first novel, which explores its protagonist’s struggles with infertility, and drawn the conclusion that I myself had undergone I.V.F., as she had.

It was an audacious introduction. But I could not begrudge the assumption she had made, even if I was disoriented by the way she had expressed it. I, too, assume that much of the contemporary fiction I read is autobiographical. The most celebrated novels of the past year — Douglas Stuart’s “Shuggie Bain,” which won the Booker Prize, drew openly on the author’s childhood. Ayad Akhtar wrote “Homeland Elegies” in the form of a memoir, and Brandon Taylor, a former doctoral student in biochemistry, called his campus novel “Real Life.” Two of the buzziest books of early 2021, Lauren Oyler’s “Fake Accounts” and Patricia Lockwood’s “No One Is Talking About This,” blur the lines between art and life while deploying the language and brain fugue of internet immersion. None of these books would be caught off-guard by a prying party guest.

“Write what you know” has been the novelist’s imperative at least since Charles Dickens retooled fragments of an abandoned memoir for “David Copperfield,” and reached a logical extreme with the autofiction boom of the last decade. The belief that every novel is a self-accounting is timeworn, too: Some early readers of “Lolita” suspected that only someone with the mentality of a child predator could have conjured the depraved Humbert Humbert. Publishers, meanwhile, often appear to want readers to see books as thinly veiled autobiography, and their publicity campaigns typically emphasize authors’ personal connections to their work. This can backfire, as with the P.R. blitz for Jeanine Cummins’s border-crisis blockbuster “American Dirt,” which exaggerated the author’s Latina heritage and suggested that her husband is an undocumented Central American immigrant (he’s from Ireland).

Some of the boldest and most exciting novels of recent years have taken the autobiographical assumption and everything knit up in it — the nature of truth, the boundaries between what is real and what is imagined — as a shadow theme. The first third of Susan Choi’s “Trust Exercise” steeps itself in the horny adolescent drama of a performing-arts high school modeled in part on the one Choi herself attended in Houston in the 1980s. Then, however, Choi raises another curtain and yet another, her book shape-shifting into a dazzling metafiction on authorship and self-performance. From the opening pages of “The Need,” Helen Phillips, a mother of two, captures the sticky overwhelm of early parenthood — the engorged breasts, the toddler mayhem — with diaristic, feels-real precision. But from the jump, Phillips’s book is also operating in the realms of science fiction and body horror, becoming a wondrously demented commentary on the slipperiness and duality of the maternal state.

The expectation that fiction is autobiographical is understandable for the simple reason that so much of it is. When that expectation becomes prescriptive, however, critical reading can devolve into a tiresome kind of fact-checking. In a tepid review of “The Need,” a writer for The London Review of Books used Phillips’s acknowledgments section as a bizarre gotcha, saying it “testifies against her vision of motherhood as embattled isolation, thanking 10 family members from three generations for help.” A reviewer for Kirkus, the trade publication, took a similar approach, though to opposite effect, in a rave for “Shuggie Bain,” writing, “Readers may get through the whole novel without breaking down — then read the first sentence of the acknowledgments and lose it.”

There is something backhanded about using authors’ personal statements as a Captcha tool for verifying the emotional resonance of their work. This tendency reached a nadir with the conversation around Kate Elizabeth Russell’s “My Dark Vanessa,” in which the author, facing unfounded allegations of plagiarism, felt compelled to restate publicly that she, like her protagonist, was a survivor of sexual abuse. An author working in good faith can’t win at this game. If she is forced to confirm that her material is autobiographical, then she risks forfeiting both the privacy and the power of transfiguration that fiction promises. If she denies it, then she surrenders a badge of authenticity that she may never have wished to claim in the first place, and lays herself open to accusations that she is appropriating the pain of others.

Whether or how much a book draws from real life isn’t strictly quantifiable. In his essay collection “How to Write an Autobiographical Novel,” Alexander Chee posits a kind of epistemological mystery: A reader may see himself accurately reflected in such a novel, but the writer may not. Of his debut, “Edinburgh,” Chee writes: “I wish I could show you the roomful of people who’ve told me the novel is the story of their lives. … I still don’t know if I’d be in that room.” Part of this mystery is due to the chaotic consciousness native to the novel-writing process, which requires a degree of possession. Nobody is asking you to do what you are doing. There are more than enough novels in the world, and nobody is more painfully aware of that than the person attempting to write one. To dig a book out of the ground can be backbreaking, hand-tearing work; you need to forget what you are doing, to fall into a trance, and when the spell breaks, you can’t be entirely sure what you’ve unearthed, where it came from or who will recognize it as belonging to them, too. And however much of what results is pure invention (or so you think), your
subjectivity is all you have. You made it up. It’s made of you.

After I had revised a draft of my second novel, which is set in my hometown, Buffalo, a friend proposed the title “The Fourth Child.” I had used a passage from Doris Lessing’s “The Fifth Child” as my book’s epigraph, but so explicitly nudging my work into line with that of a Nobel Prize winner felt arrogant, unseemly. Then, however, another friend flagged the actual provocation. “You are the fourth child,” she said. “In your family.” I hadn’t noticed this parallel — that, like one of my characters, I am the youngest of four children, with a large age gap between my older siblings and me — until my friend pointed it out. This is not merely embarrassing; it’s preposterous. It points to a rather terrifying lack of self-knowledge, a near total absence of control over the thing I spent five years making. If someone else told me this, I’m not sure I would believe her. But look: I wrote it down. You just read it. So it must be true, it must have really happened — right?