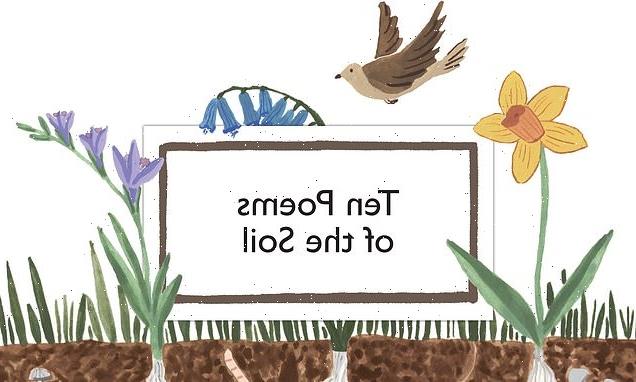 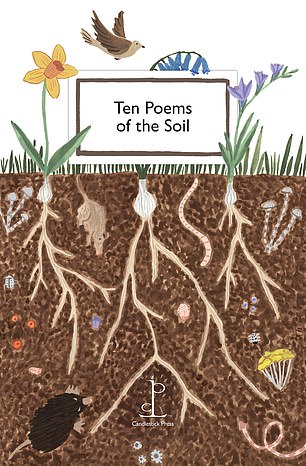 The soil is warming, the trees are greening, the time of growth is here again — and poetry can speak to us from the ground up, whether we know it or not.

A satisfying new pamphlet in Candlestick Press’s wonderful series (designed to send by post instead of a card) offers a rich, fertile glimpse into the earth that sustains us.

Ten Poems Of The Soil (£5.95) showcases work by different writers (Margaret Atwood and Ruth Pitter, for example) celebrating mushrooms, moles, worms, potatoes and more. It’s a mini-anthology of love for the land.

Why is ‘down to earth’ a compliment when applied to people? Because most of us like feet-on-theground honesty.

That’s the merry keynote of Brian Bilston’s verse in Alexa, What Is There To Know About Love? (Picador, £10.99) Dubbed ‘the unofficial Poet Laureate of Twitter’, Bilson tackles subjects as gloriously various as forgetting a wedding anniversary to musing on rebellious old age.

The Caveman’s Lament is an hilarious imagining of Neanderthal neediness (‘me say to her how much me love her/ she tell me love invent not yet’) but also a comment on universal disappointment in love. ‘Remembrance of Things Pasta’ works in a similar way. The whole collection is embedded in a contagious delight in life.

It is always fascinating to return to the original root of a poet’s success.

Liz Lochhead is of one Britain’s leading poets, but in 1972 she was an absolute beginner. Her debut book, Memo For Spring (Polygon £10), is now reprinted with a preface by the poet and an introduction by Ali Smith. Fifty years later, Lochhead comments: ‘Nothing else of mine will ever set the heather on fire like my first collection…’

This was probably because Lochhead was a fresh, young female voice in the masculine world of Scottish poetry and these early poems are just as exhilarating and entertaining a read today.

A poem like Memo To Myself For Spring, with its wry play on March, April and May, reminded me (one year older than the poet) of being in my 20s and viewing the simple promise of blossom with a carefully cultivated, cynical gaze.

But even then, young Lochhead foresaw the merriment of a more careless old age: ‘When crowsfeet get their grip on me, I’ll call them laughter lines.’ Right on, sister!